The Dogged Pursuit of Happiness: Are Dogs the Positive Psychologists of the Animal World? 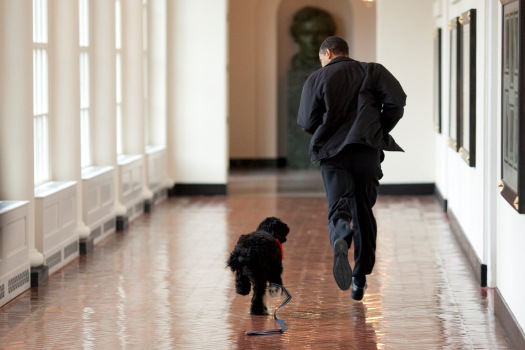 The arrival of the First Dog, Bo, into his new kennels at the White House, has got me thinking this month about how our canine companions contribute to our well-being. Amongst my friends for instance, three of them directly attribute their recovery from depression to getting a dog. So why is it that dogs seem to succeed where often anti-depressants or therapy fail? I took a straw poll amongst my pals to gain insight into how their pets have helped them into the plus scale of the well-being continuum.

Having a dog made me feel better because I had a dependent, the dog needs you to take it out and feed it. The dog gives you love and you have something to love in return. Dogs are upbeat, they’re enthusiastic and when your dog is wagging its tail looking forward to the next thing, you can’t help but be taken somewhere else in your mood.     ~ Molly

I can honestly say that getting Sabbi was a significant part of healing for me after my father died. I had lost interest in the world, gained lots of weight, lost confidence and stopped socializing. Getting Sabbi ensured I had to walk her outside each day which had a twofold benefit; it connected me to nature which was very nourishing and it got me exercising again so I gradually started to lose the weight and gain a desire to interact with the world around me again.      ~ Noni

It was kindly pointed out to me the other day that my lurcher Bob is in fact my longest male relationship! Currently 10 years, not only is he loyal, dependable and trustworthy, he is kind and loves me 100% unconditionally. Of course he helps with my well-being!   ~ Jo G 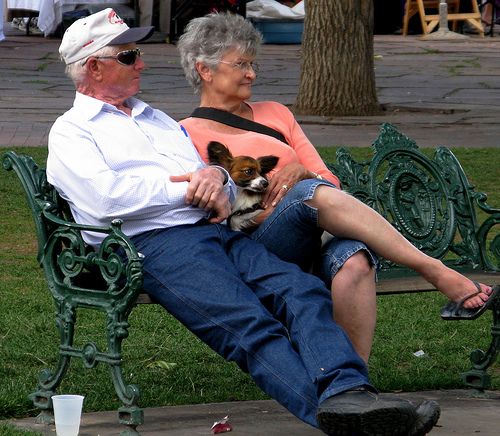 In these individualistic times with solo living and social isolation on the rise, dogs have a particular role to play in enhancing well-being. Having a dog to look after distracts from rumination. Walking the dog not only has physical benefits but leads to social interaction – my friends can barely get around the park without half a dozen conversations with other dog-walkers, something that simply doesn’t happen without a dog. We know good relationships to be one of the keys to a happy life, and the relationship with a pet is just as significant. Researchers in Japan say that dog owners get a surge of the ‘love drug,’ the bonding hormone oxytocin, when playing with their pets, which dampens stress and combats depression. Dog-walking can even lead to a relationship – I know a couple who met through walking their pets and are still together twenty years later.

Health Benefits of Having a Dog 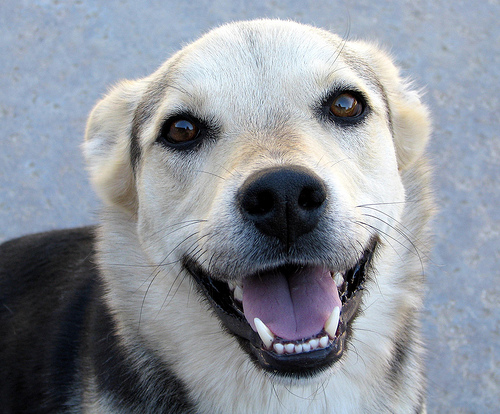 In the UK, the charity The Dogs Trust has recently launched a Canine Charter for Human Health based on a compilation of independent academic research from around the world over the last twenty years. The Charter highlights nine areas in which owning or interacting with a dog can improve health.

The Canine Charter leverages the evidence of dogs and improved health to call on doctors to prescribe the benefits of dog-ownership to their patients. My friends’ experience echoes that of Serpell’s study (1990) quoted in the Charter, which shows that people who have newly acquired a dog experience significant improvements in psychological well-being and a notable improvement in self-esteem. In Australia three nursing homes took part in a long-term study of the impact of visiting and resident dogs on elderly people (Crowley-Robinson, Fenwick & Blackshaw, 1996). One nursing home had a dog visit each week, another had a live-in dog and the third made do with the visiting researcher. Guess which group turned out to be top dog? It was the resident dog group that showed significant decreases in depression compared to the others.

“Pet therapy” has developed as an intervention to improve patient well-being in nursing homes where you’re as likely now to receive a visit from a pooch as a priest. Though more recent research (eg. Phelps et al., 2008) questions the beneficial effect of dog visits, suggesting that it may simply be an enjoyable experience for residents, rather than impacting underlying depression levels.

However, looking around my own friends, I can see what a huge benefit dogs have made to their well-being, acting as a buffer against depression, aiding recovery from bereavement, facilitating social interaction and physical activity, being loyal companions and the conduit for positive emotions like love. So could dogs be the positive psychologists of the animal world? I vote yes. What about you?

Phelps, K. A, Miltenberger, R.G, Jens, T & Wadeson, H (2008). An investigation of the effects of dog visits on depression, mood, and social interaction in elderly individuals living in a nursing home. Behavioral Interventions, 23(3), 181-200.

Loving Like Children: Out of Our Heads & Into Our Hearts

What a refreshing topic and fun article, Miriam!

I know a lot of stories where dogs have helped people feel and do better in life, including some of my own, so I vote yes, dogs are great therapists!

As far as the positive psychologists question is concerned, I think dogs could share the spot with dolphins, but of course bonding with a dog is easier for obvious reasons.

Miriam – I reckon pet ownership should be one of Marty’s pillars. The number of conversations I have had with people I would never normally talk to while walking a dog is amazing.

Hi Miriam, Your article boosted my positive emotion– just reading about dogs made me feel more loving and playful! Thanks for a terrific article.
Best,
Christine

I really liked your article; well done! We’ve had Maggie, a lovable pup at the Neptune Senior Center for the past 10 years. There is a discernible change in the amount of positive energy in the place when Maggie is on the scene. People light up. Our 14 year old cat, Kerouac gives our family lots of pleasure and comfort. The positive benefits of oxytocin production are valuable science as is the findings about reduction in depression you presented. Regarding oxytocin production as a vehicle to improve couples communication: http://www.emaxhealth.com/1020/5/30782/oxytocin-may-help-couples-communicate-better.html
Best to all,
Elaine O’Brien

2009 was the worst year of my life. I have chronic fatigue syndrome, a broken back and post-laminectomy paralysis. Of the 2 friends who have loved and cared foGr me one died of cancer and the other descended into total alcoholism depths and lived on the streets. After 32 years I was alone and totally isolated here in Spain without a friend, neighbour or services. Thank Guia I have 2 large Greek mongrels, and also found an abondoned Maltese Terrier. They kept me safe, with love and good company. The routine of caring for them made me function despite the horrors around me. Glad to hear that it is the same oxytocin given and received during mutual loving-sessions. They kept me going and content in spite of that nightmare year. When the Malteser has her rabies pet-passport in five more months, we will go back to the UK. There one can find volunteer dog-walkers, for though I would love to do so, and to meet other doggie-people, my paralysis stops me doing this. Get a life – get a dog – or lots of dogs. Helen Granada.