Home All How are Character Strengths Related to Gender?
AllStrengths

How are Character Strengths Related to Gender? 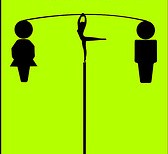 Merche Ovejero has a degree in Psychology from the University Complutense of Madrid (UCM), Spain. She is currently a doctoral student in the Personality, Assessment and Psychological Treatment (PETRA II) department at UCM, where she is an "honorary collaborator" who advises other doctoral students in methodology and data analysis. She is the regional representative for Spain in the International Positive Psychology Students Association.

Merche's articles in Spanish are here and ones that have been translated into English are here.

Editor’s Note: This article was first published in Positive Psychology News Daily en Español as Fortalezas humanas ¿Una cuestión de género? on July 18. We are overjoyed to have the direction of translation reversed, with this article going from Spanish to English. We also thank the author for providing the translation. 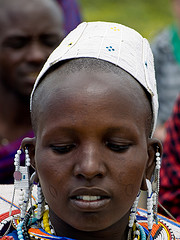 Gender differences in character strengths have been considered in some recent research. Most of these studies are based on the perspective taken by Eagly and Wood, that the origin of behavioral differences between women and men lie in either evolved dispositions or differences in the placement of women and men in the social structure.

According to the authors of Character Strengths and Virtues, Peterson and Seligman, strengths are affected by situational themes. Two situational variables that may influence strengths expression could be gender and sex roles.

Some interesting research results related to gender differences are listed below: 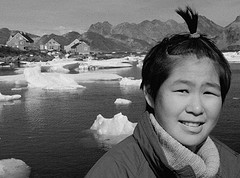 In a cross-cultural analysis of strengths conducted by Shimai and colleagues, Japanese and U.S. women score higher than men with the love and kindness strengths, while men scored higher than women with the bravery and creativity strengths.

Biswas-Diener analyzed three cultures (Maasai, Inughuit and U.S.) found that, although there were strong similarities among the three cultures, there were differences by gender, among other factors. The Inughuit culture valued kindness most in women and self-control most in men. In the Maasai culture, the emphasis for men is on honesty, fairness, and leadership, while the emphasis for women is on self-control. These results are closely related to the sharp division of gender roles in these cultures.

Thus although character strengths are considered universal, culture including gender roles may influence the development of some strengths over others.

Are These Differences Really Important?

One very interesting aspect of research on strengths and gender is that the relationship between strengths and life satisfaction may be different for men and women.

Furthermore, in some Western societies, gender roles are changing and, due to this, the meaning of the strengths may vary not only by gender, but also in terms of age.

In conclusion, it is important to consider that each person has a different profile of strengths, and all character strengths have psychosocial benefits. Peterson and Seligman state that all strengths are important. Which ones need to be enhanced depends on the person.

Gender differences in character strengths should not be used to justify a “gender war”, but they can be used as a starting point for understanding the origin and development of strengths and their connections with resilience, health, and psychosocial well-being.

A Brain-Computer Interface to Exercise Self-Control

Positive Psychology in Sports: The Surprising History of the Paralympics

Nice job summarizing this, Merche. This is one of the more comprehensive reviews of character strengths and gender that I’ve seen!

Ryan Niemiec
VIA Institute on Character