Home All The Year of Sisu 2015: An Interview with Emilia Lahti
AllCourageGritInterview

The Year of Sisu 2015: An Interview with Emilia Lahti 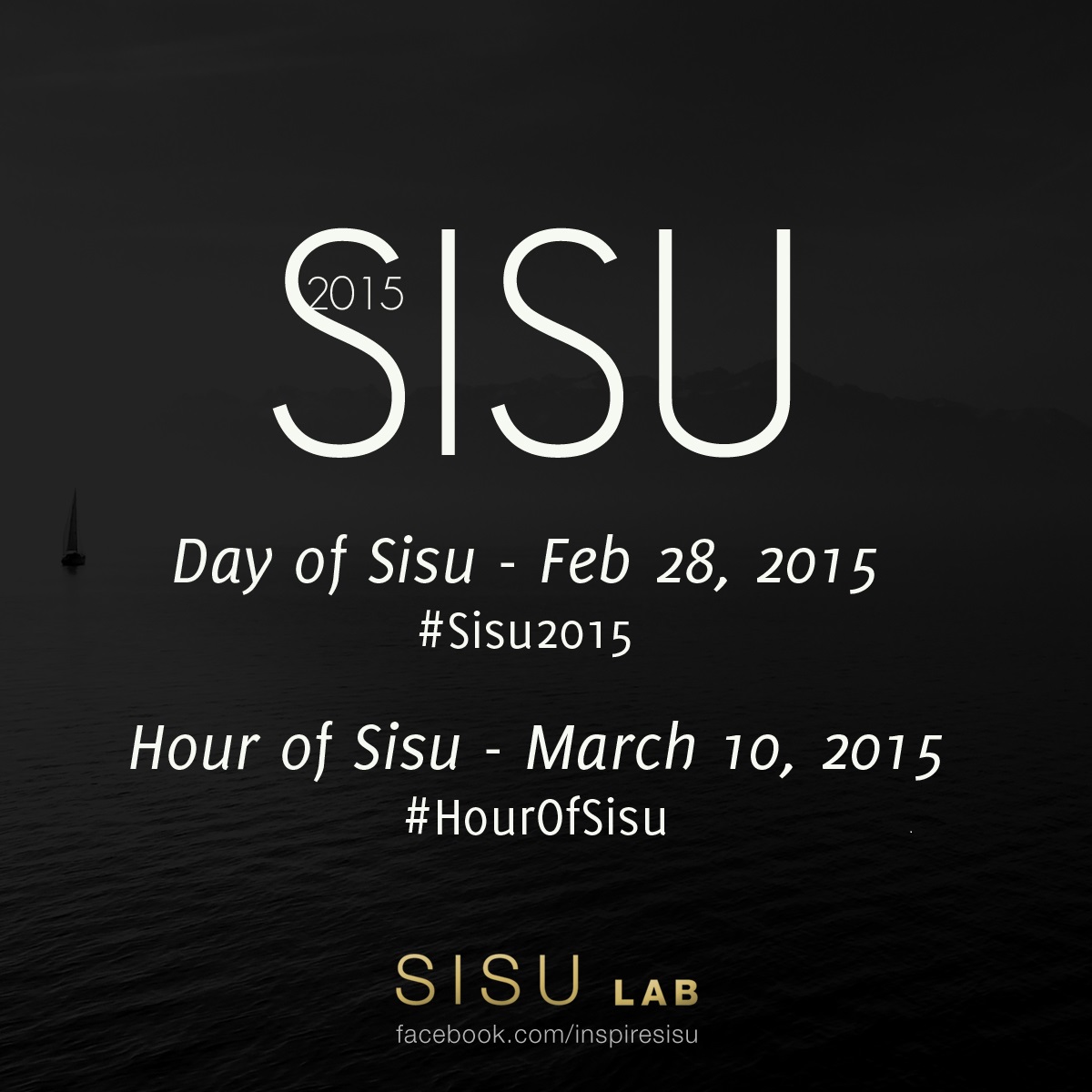 Marta Velázquez Gil is a psychologist and researcher. She has published research in scientific journals and both national and international congresses. Her biggest interest is research on cultural terms and its relation to wellbeing. Within this topic, her major passion is Sisu, a Finnish term for the fortitude and spirit which enables people to push through unbearable challenges. Marta's articles appeared here originally on the Spanish language site. Translations into English appear here. 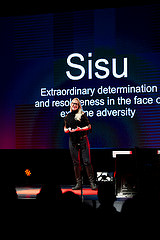 It is a great pleasure for me to interview Emilia Lahti, MAPP’13. Emilia is a researcher whose work revolves around understanding how individuals, groups, and organizations grow from challenges and come out of hardships with a newly discovered sense of strength, purpose, and adaptability. Nowadays, Emilia is working on a Ph.D. on the age-old Finnish construct of sisu. She is also the founder of Sisu Lab. You can watch the Emilia’s TEDx Talk to learn more about sisu.

Marta: Your first research on sisu dates back almost two years and it has caught the attention of publications such as Forbes, Business Insider and Scientific American. However, for those who still have not had the opportunity to hear about sisu, how would you define it?

Emilia: Hi Marta, the sisu lady of Spain. Yes, I remember we met at IPPA in 2013, when I first presented on sisu. Sisu is a Finnish construct denoting determination, courage, and resoluteness in the face of adversity. At its core is the idea that there is more strength to us that what often meets the eye. Sisu means to exceed yourself, take action against slim odds, and transform barriers into frontiers. It’s the action mindset of eating small nuisances for breakfast and diving into the storm even when there is no silver lining in sight.

Marta: You are doing a lot with sisu nowadays, but there is one project which you are especially excited about! It’s the Year of Sisu. Could you tell our readers a bit about it?

Emilia: Yes, I’m indeed excited about the year of sisu because it has the potential to empower people all over the world.

Finland has decided to add a day for sisu to the country’s official calendar. This means that the entire nation will celebrate sisu on February 28th EVERY YEAR until the sun swallows the Earth, and (if Musk gets his way) we’ll continue the tradition in our colony on Mars. We decided to turn this into a global movement because sisu is not something only Finns have. We can all benefit from it, from Turku to Timbuktu.

At our inaugural event in Helsinki, we have an acrobatics show, a full-blown concert by some of Finland’s top artists, and video greetings from Dr. Angela Duckworth, Ambassador Bruce Oreck, and the head of United Nations Women, Phumzile Mlambo-Ngcuka. There is also a panel on 21st century sisu and a set of exciting keynote addresses. People excited about sisu are also organizing their own events in different parts of the world. Just one example is an event put together by Park Cofield in Los Angeles.

On March 10th, there will be a special challenge called the Hour of Sisu, when we encourage people across the world to do one thing that scares them or might make them feel a tad bit uncomfortable. We do not know how strong we are until we step into the growth zone. Just like the Earth Hour, the idea is that people all over the world do this at the same time. There is power in numbers and social support.

Marta: What is the purpose of this initiative?

Emilia: The Year of Sisu 2015 is a call to action to recognize and celebrate the strength that resides in each one of us that transcends beyond cultural and geographical boundaries. Sisu and the will to persevere are a universal language.

We believe that cultivating sisu carries profound potential not only for empowering isolated individuals here and there, but for elevating our collective capacity in a way that is conducive to system-wide flourishing and a better future.

The goal of the Year of Sisu, as well as my research, is to expand the realms of our language and understanding, and to thus transform the ways in which we perceive our abilities. The Year of Sisu is built around this idea and is organized by Filosofian Akatemia, and its supporting partners in Finland. We are already a big group.

Marta: How can we all participate from anywhere in the world on February 28th, the Day of Sisu?

Emilia: Plan and organize a meetup, get-together, or some other form of event at your local community on the Day of Sisu, February 28th. The goal is to create a space to share our sisu stories and/or do something sisuesque together. We all have sisu, and we have stories to share. We also often perform best when we have support from a group. On February 28th, let’s inspire and be inspired! Our stories + social support = epic action. Add your actions to the sisu site, or tweet them with #Sisu2015.

If you can’t join a group of get together with friends, celebrate February 28th in your own way and find support from the sisu community, which consists of over 4,000 members across the world. 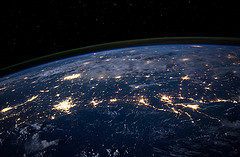 From anywhere on the globe

Marta: How can we all participate from anywhere in the world on March 10th, the Hour of Sisu?

Emilia: This is a global challenge. During one hour, between 3 PM and 4 PM your local time, you are encouraged to do one thing that you know would benefit you, but which you have been putting off. It’s something that may scare you but which will help you push your boundaries in a healthy, empowering way. The goal is to turn these boundaries (e.g. fear, uncertainty, complacency, or desire for comfort) into frontiers. See more detailed info on how to participate globally at sisu social. Again, share your epic stuff at the sisu Facebook group. Let’s also turn twitter upside down with the hashtag #HourOfSisu.

Marta: What comes next for sisu?

Emilia: Introducing sisu into the scientific discourse and mainstream discussion globally is about shining a light in a previously dim corner of our understanding. Its future research will focus on exploring the construct in various contexts, from education and individual empowerment to social change, especially within the framework of helping survivors of various types of trauma. My personal interest is in helping survivors of domestic violence and sexual abuse (which are both at epidemic levels). An instrument for measuring sisu is being tested and will eventually be available. I jumped into research after quitting my job with the Finnish foreign mission just two years ago and my first ever science paper is out soon. Excited about that as well.

I’m a very hands-on type of a person and don’t care about some of the typical measures of success (recognition or making sisu ‘a thing’) and all the stuff that in Nassim Taleb’s words “has turned science into a spectator sport.” The ultimate goal of this work (and why I wake up each morning) is to lead to empowering solutions that alleviate human suffering and increase well-being on a global scale. Naturally, the usefulness of all this work will be ultimately evaluated through what comes next, and through the practical value it will yield in people’s lives in the years to come.

Marta: What quotation would you choose to capture the essence of sisu?

Emilia: That’s a great question and I’m quite the quotation junkie. I can think of many, but here is one which carries great personal significance to me:

“In the midst of winter, I found there was, within me, an invincible summer. And that makes me happy. For it says that no matter how hard the world pushes against me, within me, there’s something stronger – something better, pushing right back.” ? Albert Camus

Rodriguez, G. (2014). The Sisu Social: Can the Finns Teach the World to Hang Tough? Forbes.

Lahti, E. (2014). The brilliance of a dream: Introducing the action mindset. The Creativity Post.

Lahti, E. (2013). Above and beyond perseverance: An exploration of sisu. Master´s capstone: University of Pennsylvania. Abstract.

Listening as an Act of Love