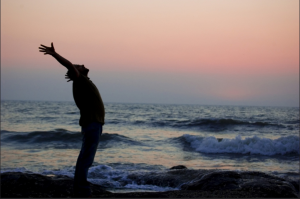 Marta Velázquez Gil is a psychologist and researcher. She has published research in scientific journals and both national and international congresses. Her biggest interest is research on cultural terms and its relation to wellbeing. Within this topic, her major passion is Sisu, a Finnish term for the fortitude and spirit which enables people to push through unbearable challenges. Marta's articles appeared here originally on the Spanish language site. Translations into English appear here.

Editor’s note: This article was originally published in the Spanish-language edition of Positive Psychology News and translated by the author into English. We celebrate the movement of articles in this direction!

Last June 29th, 2013, at the Third World Congress on Positive Psychology, there were many symposia and workshops to choose from. A friend recommended that we attend a specific one about sisu. I had never heard this term, so my curiosity was aroused. 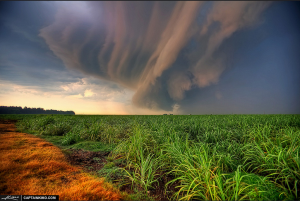 Many times in life we encounter challenges that we need to face with bravery and determination. For many people, this can be the beginning of a long season of resistance and endurance. But when we face moments in which we feel that we have reached the end of our capacities see only an endless need for bravery and persistence going forward, a special strength is needed, an internal strength.

Sisu is a 500-year old Finnish construct, which appeals to the spirit and strength that enable people to persevere through difficulties despite feeling they have reached the end of their physical or mental capacities. According to Emilia Lahti, sisu is the ability to endure significant stress while taking action against seemingly impossible odds and extreme adversity. Sisu is what we depend on when we have nothing left. It provides us with the final empowering push, when we would otherwise hesitate to act.

Lahti carried on the first study on sisu in 2013 as part of her master’s capstone project at the University of Pennsylvania, under Angela Duckworth’s mentorship. She created an on-line survey that was answered by 1,060 Finns and Finnish Americans.

Results showed that 62% of respondents conceived of sisu as a reserve of psychological power which enables taking action to overcome a mentally or physically challenging situation, rather than the ability to pursue long-term goals persistently.

To the question whether respondents think some people have sisu inherently and others don’t, 82% answered that some people do inherently have sisu. Fifty participants who responded affirmatively to this question added a written remark indicating they thought that sisu could also arise out of life experiences and that it could be created through the dynamic interplay between innate character and social environment.

Results also showed that 83% of respondents considered that sisu could be cultivated through conscious effort, rather than being something outside of their control. Additionally, 54% thought individuals can have too much sisu. Some of its negative consequences include hurting oneself by facing adversities beyond one’s physical limitations, stubbornness, and inflexible thinking. 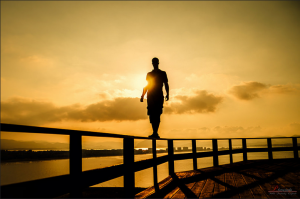 Sisu exists within all individuals

One main finding was that sisu is conceived as a psychological capacity, unlike a trait. Thus the question is not who has sisu and who does not, but how to cultivate it. The potential for sisu exists within all individuals.

How can we cultivate sisu? What strategies can be used to develop it? The truth is that we don’t know yet, but this is one of the purposes of future research around this construct. So far, what we know is that 83% of respondents in Lahti’s initial study think that sisu can be cultivated through conscious effort

When I understood what sisu was about, it reminded me of grit. However, although both constructs have an apparent similarity, there are connotations that distinguish them.

While grit is perseverance and passion for long-term goals, sisu arises independently of passion. Also, sisu is not about goals achievement but about facing challenges with bravery and determination. So, we could also point out that sisu has a short-term component, unlike grit which is primarily long-term. 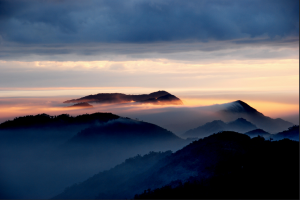 View of the mountains

Another difference is that grit entails working toward challenges maintaining effort and interest despite failure and adversity. It does not required a critical incident to initiate it, as happen in the case of sisu. Sisu appears when we have nothing left. According to Lahti, “Sisu begins where perseverance and grit end.”

Sisu can be confused with other constructs, for example, courage. Sisu can be thought of as the source of courage. In metaphorical terms, imagine wanting to climb a mountain and being at its foot. The inclination to climb is sisu, while taking each step is courage.

Sisu has not a literal translation into other languages. However, there are cultural terms that appeal to the same spirit that sisu is concerned.

From the Spanish culture, there is rasmia. The term rasmia originates from Aragón and Navarra, and it refers to the tenacity and push to undertake an objective. In other cultures, there are similar terms, such ganbaru in Japanese.

Sisu is found at the end of our comfort zone

Sisu refers to the idea of stand up after repeated failures and persevere, and according to Lahti, it not only enables us to take the initial leap, but also carries us forward. But, what are the moments in which we have to resorting to our sisu? We have to resort to our sisu when for example: 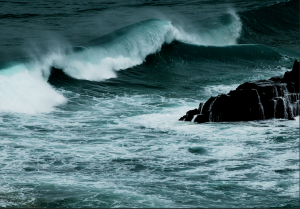 Outside the comfort zone

Sisu is apparent in the story of Kayla Montgomery. Kayla knows that strength doesn’t come from physical capacity, but from an unbreakable will.

At the age of 14, Kayla was diagnosed with multiple sclerosis, a debilitating disease that disrupts nerve signals in her body. Nowadays, she is one of the top long distance young runners in America despite her disease causing her a total numbness in her legs when she runs.

Kayla says, “It’s difficult to live with a disease where your own body’s fighting against you, so when I’m running I feel like I’m battling that, I feel like I’m safe from myself.”

Kayla has promised to continue running for as long as she can despite these seemingly insurmountable odds.

You can watch a documentary on Kayla by clicking here. 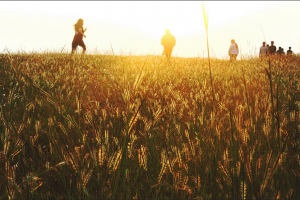 Looking at the future

Nowadays, Emilia Lahti as part of her upcoming Ph.D. is developing and validating a scale for measuring sisu. Future research on sisu will focus on exploring the construct in various contexts from education and work to individual empowerment and social change.

In its early stages sisu is explored especially within the framework of helping trauma survivors. It seeks to ultimately create practical applications that help alleviate human suffering and increase well-being on a global scale.

Sisu enables people to keep on even when the desired outcome seems unattainable. It encourages “what could be” thinking. Sometimes, against all odds, against all logic, we still keep going.

Clear, J. (2014). How To Develop Mental Toughness In The Face Of Adversity. Business Insider. Discusses the winter war in Finland in in 1939.

Lahti, E. (2013). Above and Beyond Perseverance: An Exploration of Sisu. (Master´s capstone). University of Pennsylvania. Abstract.

Lahti, E. (2014). Above and Beyond Perseverance. MAPP Alumni Magazine.

Lahti, E. (2014). How you can make success out of any failure. Fulfillment Daily.

Lahti, E. (2013). The Brilliance of a Dream: Introducing the Action Mindset. The Creativity Post.

This is absolutely fascinating, and very eye opening. Thank you for sharing your study of Sisu and how we can use this to endure. Another method that has helped me is recharging myself through the energy of nature. Mary Reynolds Thompson writes about this in her book, Reclaiming the Wild Soul: How Earth’s Landscapes Restore Us to Wholeness. It connects the personal with the planetary to create a spiritual journey of transformation that is made for our times. I highly recommend checking this one out :-). http://maryreynoldsthompson.com

Fabulous article. Cheers Marta, and thank you for profiling wonderful Emilyia and SISU.

Dear Marta, Congrats on your brilliant debut at the PPND! Needless to say I’m honored silly that you chose sisu as your first topic 🙂 Shine on, lady!

Yours in sisu and joy, Emilia