Reality is merely an illusion, albeit a very persistent one. –Albert Einstein 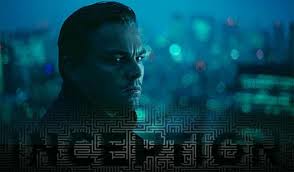 People are talking about Inception, a new film by Christopher Nolan (The Dark Knight, Memento) which Warner Brothers describes as a “contemporary sci-fi actioner set within the architecture of the mind.”

I’ve been describing the film as a mind trip, and since seeing it days ago, I’ve wondered for myself the questions that film poses: What’s really real? What’s created as an illusion of my subconscious mind? Or, better yet, what’s co-created in our collective (un)conscious?

The film explores the phenomenon of ideas. Where do they start? How are they influenced? Can we extract ideas from each other, and when we do, to whom do they belong? Can we cause others to incept (take in) ideas by influencing them to think what we want them to think? The film shows how these powers can be used for good as well as evil.

When I give talks on positive psychology, I usually start by saying, “It’s about feeling good and it’s way more than just thinking positively.” Like most of my colleagues, I underscore the science and ask, “Who doesn’t want increased well-being, happiness, and success – especially now that we have evidenced-based ways to increase these capacities?” 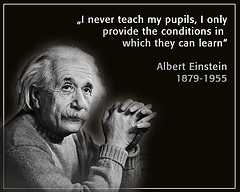 Then I often cite Albert Einstein, one of the most eminent scientists of our times, a man who devised the theory of relativity – the father of modern physics and the study of time-space reality, a concept that the film takes on quite poignantly.

But when I think about Einstein as the physicist, I wouldn’t necessarily expect him to have said this:

Here, Einstein suggests something quite important: the way we see the world around us is our choice.

Last week on my blog, I wrote about some of the “A ha!” moments in my life, including one that occurred when I lost my brother to suicide. He was 19; I was 12. I remember where I was standing that afternoon, on the edge of our driveway in Harrington Park, NJ, just as the sun was setting, when the thought came through my head, “There is learning in this for all of us; there will be transcendence and meaning.” I have lived from that place since, turning helpless depression into hopeful optimism, regaining my locus of control. 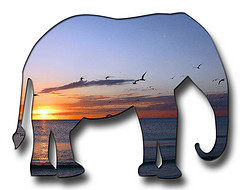 As Seligman argues in his research on explanatory style, pessimistic people look at good things that happen to them as luck and optimistic people look at those same events as opportunities they themselves helped create. Just as Einstein says, how we think (miracles or none?) is our choice. What story do you tell?

When we are not intentional in our thinking, life brings us things from our dark subconscious, whether we consciously want it or not. Jonathan Haidt would say that the elephant overtakes the rider. When we don’t challenge ourselves on our own or take our own risks, life brings its own stretch goals to us. Conscious connection to what we’re creating and positive thoughts around that connection are key in keeping it real. One of the scenes in the movie even says, “It is positive emotion that makes a dream real.”

Bouncing Between Dream and Reality

Inception bounces between dream and reality in a way that reminds me of schizophrenia, a mental illness characterized by a disintegration of the process of thinking, of contact with reality, and of emotional responsiveness.

I live in New York City and see schizophrenic people talking to themselves all the time. No, they are not on their wireless Bluetooth devices! I always wonder, to what degree are we all a little schizophrenic? A little anxious? A little depressed at times?

Psychology is the study of how we think and behave. How we think influences how we feel which effects how we (inter)act. Positive psychology does not discount negative emotion, but it certainly questions where we choose to sit (or start): in the positive story of what happened / what can happen – or the negative?  We know there is a human negativity bias.

Russ Ackoff, the late thought leader on systems thinking shows that more than 80% of the time, a problem in a system is not solved in the same place it was created. Inception raises the idea that perhaps we’re trying to change things in the wrong dimension – we can change the past, the future, and the present by changing the story we choose to tell ourselves about what’s real. Where do we choose to focus our attention? 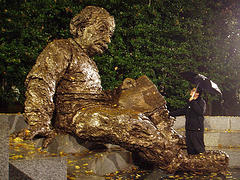 For me, Inception ends with as many questions it starts with, but I love that: Challenge my thinking! Give us the strength of curiosity to build off what we collectively know to be true and enable our own positive evolution. While it’s an inside job, individual progress contributes to the sum of our parts, generally leading to collective good. But remember what Einstein also says:

The definition of insanity is doing the same thing over and over again and expecting different results.

Authors note: Just spent a week training UK teachers to learn resiliency and positive psychology – a magical experience. If you know of any school communities that would like to kick off the new year trying something different, something new, something sane, email me. We’ll find funding in untraditional ways!

The movie, Inception by Warner Brothers Pictures. Not available in DVD yet, but you can sign up to be notified when it becomes available.

Images
Inception courtesy of filmofilia.com
Aðstæður til náms (Einstein as teacher) courtesy of sfjalar
“Know what you want to do, hold the thought firmly, and do every day what should be done, and every sunset will see you that much nearer to your goal” ~ (Elephant) courtesy of turtlemom4bacon
Einstein remembered (statue) courtesy of Jezmin

A Healthy and Fit Nation: Spotlight on Dr. Regina Benjamin

Very interesting Louis. Like I heard “DoBee” (a human in a bumble bee costume) years ago on Romper Room School, “If it’s meant to be, it’s up to me.” More recently, a popular psychologist said, “What I’m not getting in a relationship is what I’m not bringing to it.” We make the choice to think (change perception from past experience), feel positively (or unhealthy negative emotion [i.e., concern]), and behave in any situation; not matter what the conditions or circumstances. What’s your take? I really like your focus of working from strengths to help people change or groups change. Positive psychology has its place.

Thank you, Doug. I was on Ropmer Room as a kid, so DoBee is part of *my* reality. Thanks for the reminder.

And yes, if it is meant to be — it is. We are all co-creators. Not sure science will ever be able to prove this, but alas, such is life. I’m okay with that in *my* reality. Are you?