Not a Partnership (Book Review) 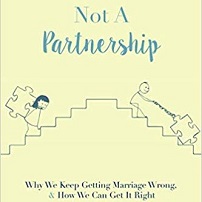 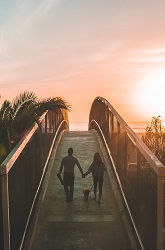 Right from the title page, Not A Partnership¸ is provocative, thoughtful, inspired and, perhaps unintentionally, funny. This book by Tod Jacobs and Yosef (Peter) Lynn is about marriage and relationships. The authors are both married to the women to whom they dedicated the book. They dive into some areas of relationships where other authors may fear to tread, they take on some fundamental beliefs about what marriage is perceived to be, and they unabashedly look under all the rocks and unearth some true gems. Even if you don’t agree with them (and I had a few intense gut reactions myself), you will certainly come away thinking about things in a new way that you will not be able to unsee.

First though, a bit of background on the authors. Both Tod and Yosef currently live in Jerusalem with their respective families. Tod is Director of the David Robinson Institute for Jewish Heritage in Jerusalem. He formerly worked on Wall Street and has been nominated for a Pulitzer Prize for investigative journalism. Peter Yosef lectures at Touro College in Jerusalem and is the Founder and Director of the Greatness Within Seminars, which takes the Jewish (and logical and positive psychology) approach of focusing on where you are going right in life. Both authors bring tremendous background and insight to this book.

The book then, is also very logical and based in practical and mystical Jewish wisdom with modern theory, research and techniques. It opens with Tod’s anecdote of how the book came to be, and the instigating question that if marriage is not a partnership, then what is it? That’s what this book explores through topics such as biology, emotion, soul, and the foundation of marriage: giving. 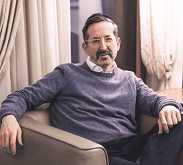 Now, to be sure, I do not have a grounding in Jewish religion or philosophy, so I learned a lot reading this book on many different levels. As the authors write, “While some of the source material is ‘spiritual,’ the insights contained therein are by no means confined to religious adherents. Indeed, the power of the ideas lies in their universality and self-evident depth and truth. Whatever your background and beliefs may be, we believe that the ideas speak for themselves and have proven themselves unequivocally powerful and compelling across the centuries.”

The authors take us back to basics, defining what exactly marriage is, its roots starting from Adam and Eve, and why marriage is “the place for life’s ultimate goals to be fulfilled” (emphasis theirs). Further into the basics, the authors do a dive into male and female biology, and note that we are “separate but equal.” They write about the man’s contribution to baby-making: “How incredibly ‘male’ is his contribution — massive amounts of energy and potential, but no staying power and no reality!” which really made me laugh out loud. I’m not sure if the authors meant it to be that funny, but it’s not the only place where their humor and humanity comes through.

At some points, I admit I struggled with the apparent traditional roles and stereotypes: the man fighting urges to be unfaithful, the woman who is potentially emotionally smothering; the man who approaches marriage with a “childlike spirit,” and the woman who is “the adult in the relationship.” But I’m willing to push past that for the real heart of the book, which is “The road to marital happiness and perfection begins when I give.” 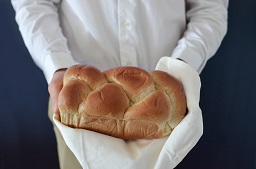 The authors make the claim that we have marriage all backwards. We don’t love someone when they give to us. Instead we love someone when we give to them. Why, for example, do parents love their children more than children love their parents? It’s because parents give more to their children than the other way around. People love their dogs because they take care of them. It’s the same with gardening, and many other relationships, hobbies, and activities. When we give more of ourselves, we love and enjoy that relationship or activity more. Therefore, the way to a successful marriage is to give more of yourself to the other person and to the relationship. This, according to the authors, is not a new insight. It is rooted in ancient Talmudic wisdom that still holds true today.

Interestingly, this also appears to hold up in positive psychology research. As the authors note, “Research by social psychologist Liz Dunn and her colleagues, published in the journal Science, shows that people’s sense of happiness is greater when they spend relatively more money on others than on themselves,” and “Americans who describe themselves as “very happy” volunteer an average of 5.8 hours per month.” They cite several other findings substantiating the premise that giving leads to happiness and improved relationships with other people. 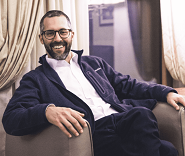 Of course, there is much more to a happy marriage than simply giving, and the authors take us through the worlds of self-love, selfishness, what real giving is, and how this all relates to marriage and some ancient thinking. They also address why love doesn’t last, and they bust some prevalent myths of marriage.

Ultimately, there are three underlying principles that they say must form the core of giving in marriage: 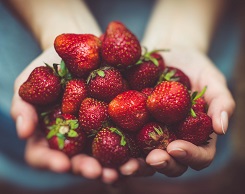 With this in mind, the authors posit four pillars:

I won’t go into all the details. It’s a good idea to pick up the book and read through so you can highlight and make your own notes and reflect on your own marriage and other relationships. But here’s what I will share. Once I got to the end of the book, I did have to pause and reflect on my own marriage and my own relationships. While I won’t go into details here, I’ll just say that, if this book sets the standard, I have a lot of room to grow!

The work of Dr Adam Grant, notably in his book Give and Take, however did echo in my mind as I was reading Not A Partnership. In his research, Adam Grant discovered that people he labeled Givers can become exhausted and unfulfilled and perhaps burn out when they give and give and give without boundaries, especially to people he called Takers. I don’t believe that Jacobs and Lynn would ever advocate staying in any sort of relationships where one partner is abusive or all-consuming without ever giving, but it does seem that they also advocate giving without keeping track and without expectation of reciprocity. At some point, that may be a recipe for disaster, and not all relationships are worth staying in. That said, if both partners are Givers and make each other the central concern of their lives and work together on their relationship, then I can see how marriage can be reconstrued as “not a partnership.” 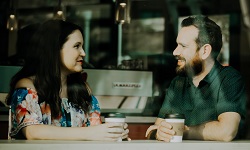 There was much in this book that caused me to be more reflective and introspective. When you’re in a life-long relationship with someone else, that’s probably a good practice. Since it takes two to tango, couples may want to buy two copies of this book, one for each to read, make notes in, and reflect on. Then they might want to do a few date book club nights to share their ideas and move forward together.

Grant, Adam. (2013). Give and Take: A Revolutionary Approach to Success. Viking Press.

The Positive Psychology Movie Awards for 2018