Something a Little Different for Thanksgiving… 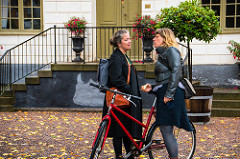 Last night I had a horrible nightmare. I woke up next to someone who was not my husband who somehow got into my house and my bedroom thinking he was somewhere else. Though I was extremely fearful, he did leave and left his backpack behind. When I went to return it, I ended up in an office space which used to be my workplace, and I couldn’t get out. “Oh yes,” said the receptionist, “you used to be able to get out that way, but they’ve moved all the furniture around now and you can’t.” She couldn’t point me to the exit. 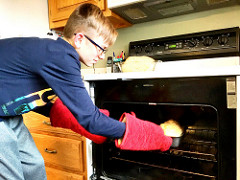 Then things morphed, as they do in dreams, and I was running around my kitchen trying to make dinner. The garlic bread would not lie flat on the baking sheet and kept drifting to the side, and then the pot was boiling over and then the oven got stuck on a self-cleaning cycle and the garlic bread burned to an inflamed crisp. I kept calling my husband’s name as I lurched from culinary crisis to culinary crisis, and although I knew he was home and I could hear him, no one came. I shouted until I was hoarse. Making no noise except sobbing, I collapsed on the floor while my kitchen burned. I woke up with real tears, gasping for breath.

In the light of day, this does not look as horrendous as it felt at 5:30am. There is some odd humor perhaps in there, but it felt real and today I am exhausted, which is also my default setting for just about everything. I’m exhausted.

There is no doubt that we’ve had a lot going on: a big move, getting my teens settled into new schools, trying to reboot my coaching and speaking business after three years of dormancy while I was fully employed elsewhere. A lot of solid reasons to be exhausted. So I went to a therapist to see what I could do.

After about 45 minutes spilling out a very shortened version of my life and current tales of woe, all I took away from the therapist is that I needed more self-care. I felt like telling her that self-care these days is taking two Advil at night so my back doesn’t hurt and hoping I will get a solid 8 hours of sleep. I made a resolution back in January to make 2017 my “year of sleep” and I’ve mostly been able to do it, but the emotional exhaustion remains, even as I’ve been less physically exhausted.

That evening, I took my teenagers out to see Dr. Brené Brown talk about her new book Braving the Wilderness. I hadn’t seen her speak live before, though I had seen her TED talk about vulnerability, of course. With over 30 million views, it’s one of the top viewed talks ever. She was fantastic. Even when a medical crisis in the audience stalled the proceedings, she kept calm and resourceful, asking for doctors to come forward and asking everyone else to remain seated so that the paramedics could enter and look after the individual. She was composed, thoughtful, witty, and wise. 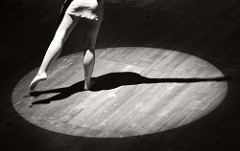 I took two things away from her talk as well: one is that it doesn’t matter which side of politics you are on, but it does matter which side of humanity you are on. The other, her final piece of advice for the audience, is to talk to yourself the way you would talk kindly to someone else inside your circle of moral inclusion, and we should make that circle as wide and encompassing as possible. There were other tidbits of wisdom as well, but those resonated.

Then I had my nightmare.

Something a Little Different for Thanksgiving

We are coming up to Thanksgiving in the United States, and although I’m from Canada, we’re in the US this year and we will celebrate Thanksgiving with some nearby relatives. I’m fortunate not only to have them nearby, but also that they have been so kind and welcoming to us.

It seems that every year around Thanksgiving, people like to quote Dr. Robert Emmons’ work on gratitude. It becomes de rigeur to count your blessings and enumerate what you are grateful for. But I’d like to propose something a little different this year.

Everyone I know is stressed. Every mother I know is in crisis. All of my close friends, close emotionally though far away geographically, are suffering, and there is real physical or mental illness in their families. Some cases are truly life or death situations, which makes my struggles with my 13-year-old and his highly problematic integration into a new school pale in comparison. I truly should not be complaining. Yet, even when I put my own oven on self-cleaning, it gets stuck, and I get burnt.

Stop to chat
I’d like to propose that we reach out to others, to put more people in our circles of moral inclusion and to speak kindly to them.

I don’t have it in me to do any more self-care. I can’t think of anything else for me when strangers are creeping into the most intimate spaces that I have. Family needs me, and I just can’t “put myself first” even though people say I should. But somehow, I can still summon the courage and energy to reach out to my friends and be there for them. I can act and be in such a way that maybe, they would be grateful for me.

Reach out to others. Broaden your circle of moral inclusion. Speak kindly to those who need it, even if they’re not asking. Help them find their way out through your relationship with them and compassion. Create community. Be on the side of humanity.

Brown, B. (2017). Braving the Wilderness: The Quest for True Belonging and the Courage to Stand Alone. New York: Random House.

You are Invited: Registration Form included for First PPND Webinar on Nov. 29

Hi Lisa, I haven’t read a PPND in ages, but was drawn to the title. I’m so glad I did. I could really feel your authenticity shine through. Thank you for being you. Isn’t what you’re proposing a form of self-care in and of itself? I think the term self-care sometimes limits us to thinking about ourselves, but it can be so much more expansive.

Thanks Breon – this is a good point. Kindness is a top strength for me, and so I do think that, for me, taking care of others helps to take care of me. There was an interesting discussion about this on my Facebook page as well, and Anne von Aichinger wrote “You’ve touched on something very important. There is no ‘other’. By extending our kindness to those around us we’re also extending it to ourselves.” – I thought this was very wise and profound.

Thank you ever so much Judy! So happy that you enjoyed – your kindness is always so touching. Happy Thanksgiving to you and yours!

Lisa, this is beautiful to read and captures a challenge that we all face–How can I feel the very real emotions that I am experiencing in life without sabotaging them? How can I have compassion for others without using it to compare my own feelings to other people’s even worse traumas, and come up short? Self-compassion is an essential way to be on the side of humanity–yours. I wish you a self-compassionate holiday and am grateful that you are you <3

Thanks Sherri – these are important and meaningful questions. Thank you for raising them here. Grateful and happy that you are part of my world!