At first, I was really enthusiastic about reviewing Originals: How Non-Conformists Move the World, but then I figured that to write a really good review, it should be, well, original!

So I procrastinated, because apparently that can make you more original and creative, and then I thought maybe I should just generate a whole bunch of ideas because creativity can be a lot about hit and miss and just a numbers game. But there are serious downsides to standard brainstorming techniques, so I stopped that too.

I was worried about my status as the traditional rule-abiding oldest child, which might hamper my ability to break boundaries and take risks. But then I thought maybe I was just letting my fear get in the way.

Maybe I’m just too old to be creative. Think about all those Nobel Prize winners who did their best work in their 20s and 30s, even if the recognition came in their 70s or 80s! On the other hand, maybe I could be an original old master, and writing good reviews is actually more about experimental innovation, akin to Robert Frost and Mark Twain.

Though really, maybe an original review would mean starting with all the reasons that you shouldn’t read this book…

What Makes This Book Strong?

Adam Grant has already made his mark in the world as the author of Give and Take. He’s the most famous person I know who has ever written his personal cell phone number on a white board in class and said “Call me if you need anything.” With Give and Take, Adam Grant, former magician and Wharton’s top-rated teacher (no causality there, I’m sure) had already shown himself to be an original thinker, challenging the status quo and unbundling perceptions about how successful people operate within the business sphere. His reputation, contributions, and insight continue to grow with Originals. 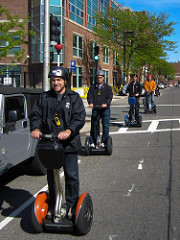 Why was the segway a flop?

In addition to some of the approaches and tools I alluded to at the outset of this review, this book can also teach you how to find creative people (hint: they aren’t using the default browsers that come with their computer), why the creative and innovative Segway was a flop, how both too little expertise and too much expertise can be detrimental to recognizing good new ideas, why you are unlikely to get innovation from middle management, and why entrepreneurs should express balanced doubt and perhaps even tell potential investors why it’s a bad idea to invest in their companies. This book has many original and counter-intuitive insights into originality. It really kept me thinking and guessing.

I enjoyed Adam’s book enormously. It is well-written. It has meaningful narratives illustrating well-researched points on how to be original. It shows what characterizes original thinkers and innovators. Some stories are touched on lightly and other stories, like the suffragette voting movement in the United States and the success of Warby Parker, are forensically dissected for the lessons that they might bring.

At the end of the day, there is no one model of originality. That seems appropriate to me. There are several approaches and successful techniques that have worked for many illustrious creatives in the past.

I am left with a tingling feeling of déjà vu. Many years ago, when Malcolm Gladwell released his big seller, The Tipping Point, I went to a talk that he gave at my alma mater, the University of Toronto. During the question and answer period after his talk, I asked him something along the lines of 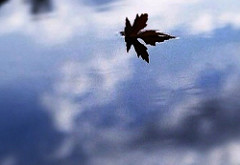 Déjà Vu?
“You have outlined many instances in the past that prove your model, and you have explained how information and ideas go past the tipping point. Do you know of any situations where people have used your model strategically to make ideas tip?”

Gladwell looked a little surprised and his answer was something akin to the following:

“Why would someone do that?”

He didn’t know of anyone who had taken his tipping point model and used it to deliberately create a viral sensation.

I want to ask Adam Grant a similar question. How can someone deliberately make use of the models and ideas in his book to be more original, innovative, and creative? (Adam – maybe I’ll see you at an upcoming event in Toronto?) I’d love to hear about non-conformists who do that and how it works for them. Though the idea of reaching out to use researched and previously-used models from a mass media book seems a little conformist…

Analyzing the past and finding patterns is great fun and makes for wonderful books. Using those patterns to create more innovation for a positive future, now that’s where the golden opportunities lie.

Grant, Adam. (2013). Give and Take: A Revolutionary Approach to Success. Viking Press.

Gladwell, M. (2002). The Tipping Point: How Little Things Can Make a Big Difference. Back Bay Books.

Could You Be Happier In Just 11 Minutes? The Strengths Challenge

Love this review! Have just dug into my copy and am enjoying it a lot.

Your review really hit home for me. Loved your honesty about your procrastination. I bought it. I, too, enjoy his non=linear thinking about what is successful or not, and how that motivates us, no matter what. I particularly enjoyed exploring our patterns. I use this metaphor with my coaching clients frequently. Thanks much, Lisa.

Thanks Senia and Judy. Appreciate it!
Re: procrastination – since having kids, I am definitely NOT a procrastinator on most things! If I have time, I use it to get something done. My motto when my kids were babies was “Eat when you can, sleep when you can, pee when you can because you never know when the next opportunity will be.” I feel the same way about much of the work that comes in to me – do it now because you never know what’s going to pop up and ruin your plans! 🙂 However, it may be that this makes me uncreative….

I am so with you, Lisa! I often tell myself NO to one project and am happy not to do it. Then something else comes along and I decide to do that instead. Not procrastination, but rather sometimes a last minute decision to tackle something I had put on the shelf. After my son, Sean, was born, when people asked me my hobby, I would smile and reply, “Sean!” He gets all my time outside my career and that is fine with me!”

Thanks for the article. I Lisa. I like your question: whose using this Now and having success with it?
Convention and originality are not wrestling for dominance. They dance. I see this as more taoist with interweaving yin and yang than an elimination tournament. I couldn’t write this original sentence that you would understand if it wasn’t built on the conventions of English word and sentence formation.
How could we use originality research for social and civic innovations? We need a civility code for online and public conversations, for example. I have in mind a person-level code of conduct that people can voluntarily opt-in as subscribing to via a symbol or short phrase. Like people can say their work is made available under the Creative Commons rules.
Of course, no one would be forced to subscribe, but not subscribing is it’s on information for co-talkers to process and make use of.
It could also be a means for screening commenters on the web. Subscribe and you can comment, start flaming and threatening, and you’re out. We all learn what it means to be expelled for not following the rules.

That’s a great perspective John – thank you for taking the time to share it! I hope that Adam Grant sees your ideas about using originality research for social and civic innovations – that would be a great sequel for his book!