I Am (Movie Review)

Editor’s note: Lisa Sansom contributed to the articles we posted at the end of 2010 with movie and holiday suggestions, but this is her first solo article. Welcome, Lisa!

Oddly enough, it was April Fool’s day when I went to see the new movie by Tom Shadyac. If you know that name, you probably associate him with comedies along the lines of Ace Ventura, Pet Detective, and Patch Adams. As the story goes, Shadyac had a serious cycling accident that resulted in him facing his own death. He did not die, but emerged reborn and with new purpose – and this movie is the realization that although (to quote the trailer), he had it all, he had it all wrong.


For me, this was very much a positive psychology movie, although Shadyac is not a primary researcher or academic. He doesn’t even mention positive psychology in the entire film, yet it is wholly resonant with many of the topics that we debate and study in this field.

The movie emphasizes the interconnectedness of all living things on the planet thorough our DNA, through our mutual ecosystem, through the very air we breathe and the water we drink. Shadyac talks about expanding our circle of concern to include all of humanity – that we should share what we have with others. Essentially, as he sees it, nature does not take more than it needs. Humans, however, can and do. As the film says, in its hard-hitting way, we have a word for something in nature that takes more than it needs – we call it cancer. And Shadyac realized that he was part of the cancer, instead of part of the healing.

The vagal nerve figures prominently in the movie, with Shadyac talking to researchers at the HeartMath Institute – and getting connecting to a petri dish with yogurt. This, for me, tips into research being done by Dr. Barbara Fredrickson, linking the vagus nerve and vagal tone to happiness and flourishing. 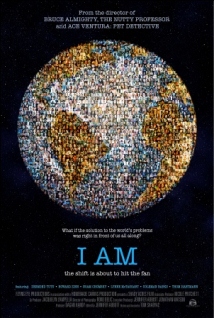 Positive humanities gets a nod as Shadyac draws inspiration from authors and poets, such as Rumi. He seeks wisdom in the ancients, religious and secular, much like Jonathan Haidt does in his book, The Happiness Hypothesis: Finding Modern Truth in Ancient Wisdom.


Shadyac also looks at evolution, considering the work of Darwin. According to the movie, Darwin’s original work mentions “survival of the fittest” two times, but the word “love” is mentioned over 90 times. However, the people who publicized Darwin’s work had other political leanings, and so today we know evolutionary theory in a nutshell as survival of the fittest, which does occur (or, in another nutshell, survival of the most adaptive to change), but there is just as strong a biological need to collaborate and love for survival – and this message got lost in the media blasts of the time. From a positive psychology point of view, this recalls the work of Dacher Keltner’s “Survival of the kindest,” as well as George Vaillant’s “Happiness is love, full stop.”

The Need for Meaning

However, what makes this documentary stand out as a positive psychology must-see is that it is a search for meaning. Meaning is perhaps the positive psychology pillar that is the least researched – meaning does not translate well to double-blind placebo-controlled laboratory experiments. Meaning takes time and some subjective observation. As we often questioned in my MAPP classes, who gets to assess if our life has meaning or not? Abraham Lincoln is occasionally trotted out as a man who felt that his life did not have much meaning, but generations of Americans (and others) would surely disagree.

Shadyac seeks meaning not only for himself, but for the entire human race. He argues convincingly that we are hard-wired for compassion, altruism, and love – and that in the rat race that the American lifestyle has engendered, that has been forgotten. So while he starts out asking what is wrong with the world, he ends up finding what is right with it – and hopes that we will all be able to answer that latter question with “I am.”

Questions I Didn’t Get to Ask

At the end of this movie, Shadyac held a Q&A session that was all-too-brief. I do believe I could have listened to his ideas for hours. I had two questions that I wanted to ask, but time was short. Yet I might be able to guess his answers. 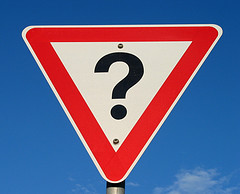 My first question would be, “How do you feel about governments around the world starting to create happiness indices as a supplement for GDP/GNP measurements?” I suspect he might have said that it’s a good start, but we really do have to act each of us at a personal level for personal positive change first. He was very clear that he is not taking on capitalism or proposing an overthrow of the entire system. Yet he is saying, “Let’s all look out for each other and share our wealth more equitably. Why would each of us take more than we need when there are people starving and dying unnecessarily?” He seems to be more about change at the individual level, at least as a start.


My second question would be, “If we are hard-wired biologically for love and compassion, then how did we get here?” I realize that it’s not very much like positive psychology to look backwards and see what’s broken, but perhaps it might be helpful for future prevention.

Reflecting on this, I came up with my own answer, based on Seligman’s PERMA model. Humans are also hard-wired for accomplishment and achievement, and while that works well when you are achieving on behalf of others and willing to share, at some point, we started celebrating individual achievement above collective achievement. So perhaps it is our humanness that got us here, and it is our humanness that will get us out.

Where Do We Go From Here?

Shadyac sees this transition as a slow but inevitable social change – like emancipation or women’s suffrage. It will take science a while to catch up to what the ancient civilizations, philosophers and religions have been saying for some time – and perhaps positive psychology is a great research tool to help us move in this direction.

I wish that Shadyac could offer the occasional video-conferencing Q&A for people who wanted to follow up on the movie. It is a great lesson in one man’s search for meaning in our modern day, and a call to use our skills, knowledge, and abilities, especially as positive psychology researchers and practitioners, to facilitate positive change in individuals and the world.

Press Kit for the movie with descriptions of the people interviewed

Images
Picture of Tom Shadyac from the speaker list for the VisionLab’s SO! Conference

Wonderful review of what sounds like a very interesting movie! I look forward to watching it while keeping in mind the questions you posed.

Lisa,
Intriguing review of the movie and it makes me want to see it. I also enjoyed your reflection that positive meaning is the least researched of the PERMA concept and yet I believe it is foundational. Perhaps my only difference with Shadyac might be that I don’t believe meaning can be found through a search. I believe we create our meaning.
Thanks again for an enjoyable review. I’m going to look for the movie.
Scott

Thanks so much Jessica and Scott. It wasn’t a traditional PP sort of movie – I don’t think Marty would show it at MAPP, for example, but it just sang out “positive psychology” to me.

Interested to hear what you think of it after you see it! Please post comments back here!

I thought I Am was an inspiring uplifting film that left me “wanting more”. I really liked the movie emphasizes the interconnectedness of all living things a central theme in the work that I do.
As a Denver Chiropractic doctor practicing Network Spinal Analysis I work with vagus nerve tone. It’s interesting that we are able to feel the tone of another. For example have you ever been in a room where someone is angry yet you might know that, except that you can feel the tone of anger in that person. That tone is in contrast to the Om which is the tone of love,safety and healing. Overall I really enjoyed I Am and would like to see more films along the line of “oneness”. I hope you have an amazing day!