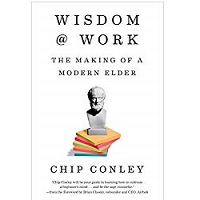 Recently, several members of our team finished slides, scripts, and footnotes for eight new Soaringwords’ Positive Psychology workshops to launch later this month. The team included two baby-boomers and two millennials, with high energy intergenerational transfer of wisdom in both directions. I had been immersed in helping more than 500,000 ill children and their families take active roles in self-healing for 17 years, so I knew my stuff. The younger team members dipped into the archives and generated stunning new slides in front of our eyes. 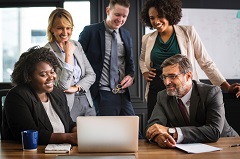 At one point there was a group question and a pause. The twenty-somethings started rapid-fire texting between Julia sitting in the conference room and Imma working remotely.

Jed and I looked at each other and rolled our eyes while Julia’s thumbs flew over her cell phone for five minutes.

“Julia, wouldn’t it be easier if you simply called Imma? It would just take a minute. Then we’d have the answer,” I inquired.

She looked at us quizzically and smiled. “This is how we like to communicate.”

There you have it: the intersection of two different generations working together towards common goals with divergent digital fluency, experiences, and preferences. Today for the first time in history there are five generations simultaneously in the workplace: The Silent Generation (73+ years old); Baby Boomers (54 to 72 years old); Gen X (39 to 53 years old); Gen Y/Millennials (24-38) and Gen Z (13-23).

Marc Andreessen says that “Software is eating the world.” It is certainly disrupting the taxi, hotel, and other industries. More and more corporations pursue workers with high DQ (Digital Intelligence) above all other skills. Yet Chip Conley posits in his new book, Wisdom @ Work,

“with the rapid speed and exponential expansion, often these young digital leaders are being thrust into positions of power – running companies or departments that are scaling quickly – with little or no experience or guidance.”

There’s also an entire generation of older workers with invaluable skills: high EQ (Emotional Intelligence), good judgment emerging from decades of experience, specialized knowledge (Conley calls this “know-how”), and vast networks of contacts (Conley calls this “know-who”) who could pair with these ambitious millennials to create businesses that endure.

Conley invites all of us to harness what he calls Intergenerational Reciprocity, in which Modern Elders will be the secret ingredient for the visionary businesses of tomorrow.

He should know. The concept of Modern Elders grew out of his personal experience helping turbo-charge Airbnb as it grew from 4 million users to 250 million. According to Conley,

“I stumbled upon a job at Airbnb in my fifties where I was surrounded by people who were half my age, and maybe twice as smart as me. I did not even have an Uber app on my phone! It was disorienting as there was no modern-day manual for the afternoon and evening of one’s life.”

So best-selling author Conley did what he’s done before: he wrote the manual. His other books include Peak: How Great Companies Get Their Mojo from Maslow and Emotional Equations, in which he breaks down life’s toughest obstacles to help people segue from trying to be “superhumans” to becoming “super human beings.”

At a time when people are living and working for one or two decades longer than their parents, Conley addresses the crisis of ageism in the workplace that makes workers north of fifty feel vulnerable. He invites workers of all ages to treat age as another form of diversity. Part manifesto and part playbook, Wisdom @ Work cites research that shows intergenerational teams are more financially successful and nimble than age-homogeneous ones. 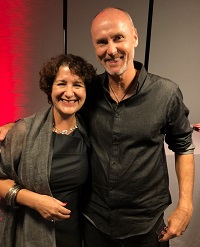 I recently met Chip at TED Headquarters when he was filming his latest TED Talk about his unique journey starting out as a 26-year old “rebel boutique hotelier” who grew his Joie de Vivre empire into fifty properties, the second largest boutique hotel brand in the world. After reading his earlier two books when they first came out, I had earlier decided to stay in one of Chip’s hotels to see what all the excitement was about. The Hotel Del Sol did not disappoint. It was a successful case study on the combined power of effective brand marketing, great design, and an exceptionally trained staff that transformed a tired motor lodge into a hip destination. When I shared my reflections later with Chip he beamed like a proud father.

From Burnout to Reinvention

Around the time the tech bubble burst, a few of Conley’s friends committed suicide. Chip realized he too was burnt out and no longer (ironically) feeling a sense of joie de vivre. He sold this company at age 52.

He was looking at the rest of his life as a big open horizon when the young founders of Airbnb invited him to leverage his considerable hospitality know-how to help them grow their business and disrupt the hotel category. His initial 15-hour a week commitment to be the Strategic Advisor to Airbnb CEO Brian Chesky quickly morphed into long work weeks that transformed both Conley and the company.

In the early days his millennial guides had to scribble notes to him in meetings explaining techno-jargon such as “product” and “shipping a feature.” Airbnb had plenty of DQ-rich employees who probably had cellphones in their strollers. He brought decades of EQ to the mix. He was a “story untangler” who knew how to get things done by building on rapport and trust rather than by grabbing power. Before long, hundreds of young employees sought him for informal mentoring and advice, appreciating his non-technical life wisdom.

In 1989 Ken Dychtwald, Founder and CEO of Age Wave predicted “in the future mature men and women will be retained and compensated not based on the number of hours worked, but on their experience, contacts, and wisdom.” He called these people wisdom workers.

Modern Elders don’t acquire skill simply by virtue of being older. They have achieved a mastery by being open to learning new things, pursuing curiosity, and having a beginner’s mind.

“Aging with vitality exists when you create the perfect alchemy of wisdom and innocence.”

Invitation to be a Mentern 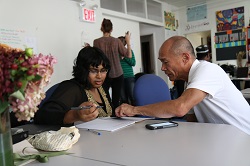 Menterns: Who is learning from whom?

Conley holds a BA and MBA from Stanford University and is both a student and thought-leader in positive psychology. He quotes the wisdom of author Edith Wharton,

“In spite of illness, in spite of even the arch-enemy- sorrow, one can remain alive long past the usual disintegration if one is unafraid of change, insatiable in intellectual curiosity, interested in big things, and happy in small ways.”

He also associates wisdom with having a growth mindset, as we learned from Carol Dweck. Having a lens of curiosity allows risk and imagination to work together to open up new possibilities.

Conley invites workers of all ages to become Menterns (simultaneously mentors and interns), with intergenerational reciprocity that allows all age cohorts to learn from each other.

PPN Bites: “Is there a more beneficial approach for Alzheimer’s caregivers?” by Carin Rockind (Episode 18)

PPN Bites: “Why should we accept acceptance?” by Carin Rockind (Episode 19)