Home All PPN Movie Review: Far from the Tree
AllHome and FamilyMovie Review and Event ReviewResilience 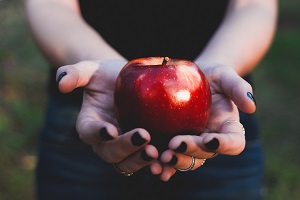 Movie review from the national premiere of Far From the Tree
Directed by Rachel Dretzin & based on the book by Andrew Solomon, Far From the Tree: Parents, Children and the Search for Identity 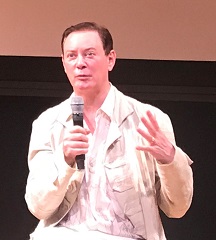 “The apple doesn’t fall far from the tree,” is a timeworn adage that gets most heads nodding like a metronome. Except, of course, when the apple does in fact fall far. This stunning documentary takes you behind the scenes with several incredible families where individual children are outliers, entirely distinctive from all the other kinsfolk. Right now the film is opening in theaters across the United States and I encourage you to observe positive profiles in resilience, hope, and the enduring power of love amongst five amazing families. Perhaps you’ll need a wad of tissues.

The movie is based on Andrew Solomon’s critically acclaimed best-selling book of the same name that took readers on an intimate journey into the hearts and private recesses of families with differently-abled offspring. Now ten years later, five new families are featured in the film.

Solomon plunged into a 12-year exploration of what it means to have a child who is profoundly different after his agonizing coming out experience with his parents. Both parents admonished him that his homosexuality was immoral and would lead to a life of pain, solitude, and suffering. This motivated him to explore how other parents responded to their differently-abled children. This journey of self-discovery resulted in the 800-page book that won all sorts of awards and made him into a champion of people whose perceived deficits can be celebrated instead of cured.

In masterfully crafting a constellation of stories of difference, Solomon and Director Rachel Dretzin actually illuminate what unites us, rather than what divides us.

Using home movie footage, poignant parent interviews and active slice-of-life footage of the five families going about their daily lives you feel that you are watching an intimate time-release trajectory of the child’s life from birth, toddlerhood, young adulthood as the struggles and victories occur right in front of the camera. The result is compelling; it is impossible to look away. You come to know, respect, and love the film’s parents and children. 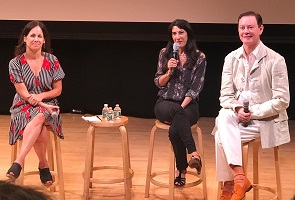 These profiles include Jason, a 41-year old vibrant man with Down syndrome who was a child star on Sesame Street; Jack, a teenager with severe autism; Loini, a 23-year-old woman with dwarfism as she attends her first Little People of America Conference discovering that there are thousands of other people like her; Leah and Joe, a married couple with dwarfism who decide to have a baby and give birth to a daughter of average stature; and the parents and siblings of Trevor, a young man who is incarcerated because at age 16, he murdered an 8-year-old boy in his neighborhood.

After the film debut to a sold-out crowd at the JCC Manhattan, Solomon and Dretzin did a Talk Back with the audience. It was a primer in positive psychology that can be summarized in these four findings:

If you’re familiar with the work of Jamie Pennebaker and Margarita Tarragona, you appreciate how hearing positive stories and telling positive stories helps shape perceptions of our individual realities in a more positive way. According to Solomon, “It’s only by delving deep into yourself that you reach the point of your own healing. So many people I interviewed before the film felt lonely and isolated by their experiences. Telling coherent narratives was a way for them to feel fully realized, seen and celebrated.“

To a parent, at one point every single mother and father profiled in the film poignantly ponders their part in their child’s situation. “Perhaps a healthier diet during pregnancy” or maybe it was “a malfunction passed down through the genes,” or maybe “breastfeeding would have resulted in a more normal child.” After hearing each of these resilient, noble parents voice these doubts while looking directly into the camera, the film skillfully makes the case that sometimes nature trumps nurture. I think one of the most powerful outcomes from watching the movie is the heightened empathy I feel for the parents, including the parents and siblings of a child who perpetrated a violent crime.

Acceptance is a lifelong process. 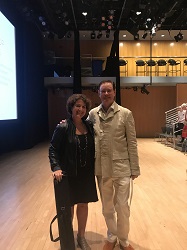 The movie shows us five powerful examples of parents accepting the child they have, not ruminating over the “what ifs” or “what could have beens.” In 1987, Emily Klingsley, Jason’s mother, wrote an essay entitled Welcome to Holland that captures the feelings of remorse, bewilderment, and finally tolerance and acceptance.

One of the most compelling moments in the film is in the scene at Solomon’s wedding when his father gives a loving toast to his son and brand-new son-in-law. Aside from his sexual identity, over the years, Solomon has also written about his debilitating bouts of depression (The Noonday Demon) when his father bathed and fed him until he was strong enough to care for himself. When an audience member asked him if he took his dad to task for his parents’ initial attempts to convince him to become heterosexual, Solomon sighed and said, “My father is 91 years old. That happened a long time ago. We love each other and there’s no reason to rehash past trauma.” This is a staggering example of forgiveness in action by a masterfully gifted storyteller and activist.

Solomon, A. (2013). Far From the Tree: Parents, Children and the Search for Identity (Reprint). New York: Scribner.

PPN Bites: “What Can One Person Do?” by Carin Rockind (Episode 11)

Thanks Lisa. This looks like the perfect film that should be required viewing for all human beings. It is now high on my list…I recall being inspired by Solomon’s TED talk years ago. I hope your article will help some people transcend their disability avoidance, in other words, avoiding a film like this unless they have a family member or friend with one of the disabilities highlighted. Such avoidance is commonplace and a shame. There are 3 realities I remind people of: 1.) We are all far more alike than different (although our minds love to play out differences, highlight them, feel special because of them); 2.) Every one of us, if we live long enough, will acquire a disability (so if you want people to empathize with you when you develop Alzheimer’s, a severe work injury, clinical depression, degenerative disease, etc. then you better start giving some empathy now!); and 3.) Disability in reality is much less about the individual themselves and much more about the environment and the environment’s incapacity to be inclusive, supportive, accommodating, etc. (see Wehmeyer & Shogren’s work).

My two cents here as Disability is one of the least common areas discussed in Positive Psychology. I’ve been trying in many ways to get it deeper into IPPA. So, kudos to you for being one of the outliers.

What a great comment, Ryan. Thanks for adding to the discussion.