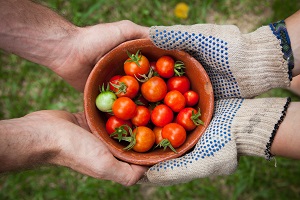 On July 2, I published the first part of my report about Tal Ben-Shahar speaking to about 1000 people at at the illustrious Streicker Center at the Temple Emanu-El in New York City. Here is part 2, with the remaining 2 major points from his speech and some of the observations that came up during the question and answer period.

Editor’s note: I request permission to be human! At the end of part 1, we told you that part 2 would be published on Thursday, July 5. However I failed to keep the promise because I took a daylong vacation from my computer to celebrate my birthday. I had a lovely day disconnected from technology and connected to people. The weather has been so nice that I’ve spent my time outside.

4. It’s ALL About Relationships

Citing the World Happiness Study for 2018, Tal reported that the happiest countries in the world, including Denmark, Israel, Norway, and Australia, share two main indicators of well-being: 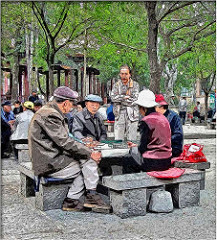 For example in Denmark, one of the happiest countries, 93% of the population are members of social clubs or churches. They get together regularly for worship or recreation, such as playing MahJong or boating. In Israel, people form strong relationships in school and sports and spend quality time with family and friends observing holidays and the weekly Shabbat.

Online relationships do not provide the same upturn in positive emotions as the positive resonance experienced in person. New York University Sociology Professor Jon Kleinberg posits that the more time we spend on social media, the lonelier we’re likely to be.

“You can always give something, even if it is only kindness.” ~ Anne Frank

Tal used the story of Anne Frank, hidden in an attic in Amsterdam for more than two years to avoid being taken by the Nazis, to remind us that we have a choice to be kind to others even when our personal situations are grim.

Paying-it-forward motivated me to launch Soaringwords, a global not-for-profit organization 17 years ago. My family had experienced three episodes of death and illness over the course of ten months. Gary, my only sibling died, my father had two bouts of Non-Hodgkins Lymphoma, and my oldest son Jon was stricken with Rheumatic Fever and bedridden for four months. Instead of giving in to despair, I decided to take my experiences and create an organization that helps ill children, their siblings, parents, and the extended community learn how to take active roles in their own care. Soaringwords inspires ill children to pay-it-forward because this action facilitates transformative self-healing by focusing attention away from suffering and towards helping another person.

Tal confided to the audience that his favorite Hebrew word is NATAN. In Hebrew and in English NATAN is a palindrome, a word that is spelled the same when the letters are arranged forward or backwards. Natan means “When I give, I receive.” 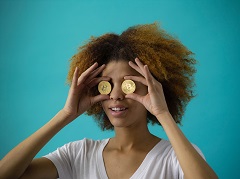 How does money make you see the world?

Tal cited studies by Elizabeth Dunn and colleagues where students in a lab setting were given a nice sum of money and randomly divided into two groups.

The first group was told, “Spend the money on yourself. Buy yourself something nice… a new gadget, a new pair of shoes… whatever you want.” Naturally the students in the first condition experienced a shopper’s high: their happiness went up for that day and went down only slightly the next day.

The question and answer session was moderated by the talented Julie Rice, WeWork’s Chief Marketing Officer. Julie and Tal took the audience behind the scenes to uncover the powerful benefits of exercise, reframing, and legacy. Here are some of the highlights from this riveting part of the program.

The Wonderful, Undeniable, Powerful Impact of Exercise on Well-Being.

Julie Rice and her partner, Elizabeth Cutler, built Soul Cycle into a successful company with 47 locations with a loyal following. They bucked the conventional wisdom of hard-core gyms which can seem competitive and intimidating. When people arrive at Soul Cycle, they feel embraced by an energized community where instructors are motivational and nurturing and everyone is appreciated for his or her own ability. According to Julie, “We were familiar with the research of Michael Blumenthal and colleagues at Duke Medical School that showed how exercising three times a week has the same as psychotropic drugs to reduce depression. Exercise (and community) cause a powerful natural reaction to occur releasing positive natural chemicals into the brain that help regulate mood, such as serotonin.

Tal and Julie both brought up the research by John J. Ratey demonstrating that physical exercise reduces the likelihood of Alzheimer’s disease by 52%. The mental benefits of exercise far outweigh the physical benefits. Exercise is a powerful way to reduce stress and enhance vitality.

He Lives What He Says

In addition to being a principal contributor in several positive psychology institutions, Tal is also a social entrepreneur. He co-founded Potentialife to “bring the science of flourishing to the world.” The company runs several not-for-profit programs including programs on positive psychology in schools throughout Israel.

Back in 2012, Soaringwords was invited to collaborate with Zumba® Fitness and invite instructors to lead free monthly classes in hospitals around the world. I met Tal at the Global Zumba Instructor Convention where he was the inspirational keynote speaker for 9,000 Zumba leaders. 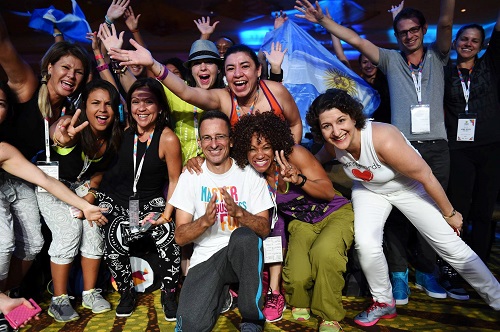 Here is a photo from our first meeting at the Zumba Instructor Convention. The following summer, Tal agreed to emcee a Soaringwords’ program at the International Positive Psychology Association (IPPA) World Congress the following summer.

Tal and Barbara Fredrickson were the emcees at the IPPA celebration where 300 people paid-it-forward by making SoaringSuperhero® puppets for hospitalized children and then enjoying a Zumba Master Class led by the fabulous Marcie Benavides and DJ Francis. 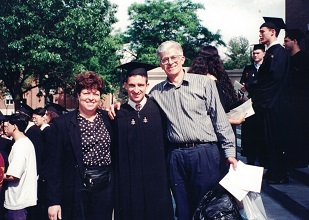 Tal with Parents at Graduation

Honor Your Mother and Father.

Tal cites his mother and father as the inspiration for a life of gratitude, service, and positive relationships. “My siblings and I did not have an easy life, but we always felt that our parents loved us and valued us. My parents put an emphasis on education so we all felt that we really mattered. When I taught the Positive Psychology course at Harvard I saw how students from all walks of life are striving for meaning and purpose, as well as relationships, and happiness.”

Ben-Shahar, T. (2014). Choose the Life You Want: The Mindful Way to Happiness. The Experiment: Reprint Edition.

Gift of tomatoes Photo by Elaine Casap on Unsplash
Photo by Thought Catalog on Unsplash
The remaining images are used courtesy of SoaringWords.

Benefits of exercisePay it forward

Announcement: Webinar with George E. Vaillant, M.D. on the REAL difference between happiness and joy

PPN Bites: “How can positive psychology help women with their body images?” by Carin Rockind (Episode 07)

Our beloved positive psychology pioneer, Chris Peterson ,would love this post, too, Lisa. Other people matter, but especially when we are sharing gratitude with them and honoring their being. I think of Active Constructive listening and responding, too. Many thanks and I pay this forward. Hope your birthday memories still engender smiles.