MAPP Magazine: The Civic Engagement Issue
MAPP Magazine: The Education Issue
Unthinking, Fast and Slow
Sit Write Share launches today
MAPP Magazine: The Power of Community
The Art of Insubordination: A Review
On Doing What We KNOW is Good for...
MAPP Magazine Articles on Positive Psychology Applications
August 31 is Launch Day for The Business...
New MAPP Magazine on Positive Humanities
Home All How Do I Know I Matter? Cultivating a Culture of Mattering in Interpersonal Interactions
AllKindnessMoralityOpen-mindednessPathway 3 "Meaning"Relationships

How Do I Know I Matter? Cultivating a Culture of Mattering in Interpersonal Interactions 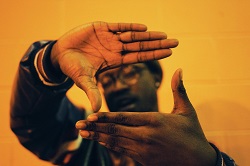 Leora Viega Rifkin, MAPP '16, is the creator of Mighty Questions, offering affordable coaching because she believes coaching should be accessible to everyone. Leora holds a Master's degree in Applied Positive Psychology from the University of Pennsylvania. LinkedIn profile. Leora's solo articles are here. 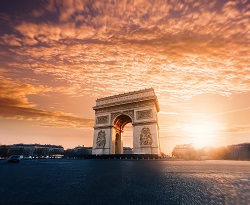 The French word, “citoyen” connotes dignity. In 1789 France, during the French Revolution when the monarchy was being dismantled leading to a more democratic society, this word represented equality between all people. People used the term to greet each other. The term itself symbolized the power of being seen and the power of being equal. A citizen is someone who matters.

In order to feel that they matter, people need meaningful recognition and a sense of making meaningful impact. Dr. Isaac Prilleltensky of the University of Miami defines mattering as feeling valued by others and knowing that we add value to ourselves and others. 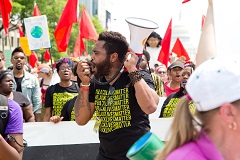 I became interested in this concept of mattering as it relates to citizenship specifically around the time that Black Lives Matter became a part of the American social narrative. I kept thinking about the question, “What does it mean if part of our population does not feel that they belong?” Researcher and author Brené Brown said that a group of middle schoolers can pinpoint perfectly the difference between belonging and fitting in. “Fitting in is when you want to be a part of something. Belonging is when others want you.” As much as we need to feel that we belong and that others want us, it is even more critical to know that we matter, that we have something to offer, and that our contribution is seen and appreciated.

There is power in reciprocity, in the way we relate and contribute to others. I realized that the question I really had to ask was, “What does it mean if part of our population doesn’t feel that they matter?” The next question I had was, “What can I do about it?”

Why does mattering matter now?

Mattering is about how we relate to each other in a way that contributes to our shared humanity. Creating a culture of mattering can help dismantle the power imbalance in our society. Contributing to a culture of mattering can involve small acts of resistance, unlearning behaviors we learned just by existing in our culture. Even though these acts might seem mundane, they require intentionality, bravery, and vulnerability. When we create a space where someone else feels that they matter, we have to give up a little bit of our own power by admitting that there are things we might not know, such as how to say someone’s name. Dare I say that we might actually be wrong (and saying names wrong for a long time too)! Facilitating mattering calls upon our curiosity and kindness.

How do we facilitate mattering?

Here are 5 simple actions that can contribute to a culture of mattering.

We all have the ability to create a society where people feel that they matter. We can be the facilitators of mattering by asking ourselves, “Am I allowing those I am with to feel that they add value and feel recognized for what they add?” We can do this in an interaction with a coworker or when organizing a panel discussion or making a next book club pick.

If you want to understand the theory behind mattering please follow Dr. Isaac Prilleltensky’s blog series on the topic.

Prilleltensky, I. (2010). Community Well Being: Socialize or Social-Lies. TEDx Talk.

Happy Together with James Pawelski and Suzie Pileggi Pawelski