I was touched by many of the stories in Same Time Next Week. I didn’t expect to like it as much as I did, but I found myself thinking about some of the stories long after I read them. I especially enjoyed the stories by individuals who personally experienced mental health disorders. They described the essential features of their recoveries, some of which are completely unexpected. Each story, whether by a therapist or a patient, is well-written from a personal perspective and reads like a mini-novel.

As a practicing psychotherapist, I will recommend this book to clients to inspire them. I will also recommend it to other therapists, especially ones who work in institutional settings where burnout is high and perhaps they have lost hope. For me, the key to helping my clients is to believe 100% that they can change their lives. In this book review, I will highlight a few of my favorite ideas and stories.

Beyond Despair: The Gift of Recovery

In the foreword, Karen Wolk Feinstein describes some ideas of “what makes life worth living, minimize the pain of a mental affliction and allow some measure of daily joy and peace.” She concludes that some key factors are having a good therapist, finding the right combination of medications, having a loving and responsive parental figure, and having a loving and caring adult partner. Feinstein says, “Progress seldom comes in a straight line: courage, determination, and patience are required.”

What Works When Nothing Has Worked

Peter Kramer, author of the bestseller, Listening to Prozac, says, “In practice, most patients who seek treatment respond to it.” He cites a study showing that 90% of patients who followed through experienced substantial improvement. 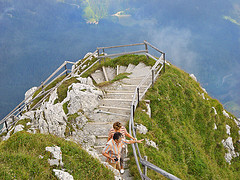 I agree with this conclusion. I tell my patients that recovery is like climbing a mountain. You will go up a little, then down a little, but if you keep climbing you will eventually reach the top of the mountain. But even when you reach the top, you need to continue using your skills because you might need to climb down a little to reach the next mountain range.

In Lee Gutkind’s Editor’s Note, he highlights the concept of “institutional failure,” the idea that patients often receive inadequate and sometimes harmful treatment. The book highlights stories of hope and also describes ways in which traditional psychotherapy can be demotivating and blame patients for their problems. That part of the book was disheartening to me. A mental health professional needs to maintain a sense of hope and believe in each client’s recovery. To me, that is the absolute minimum requirement for helping people.

In particular, Sharron Koy’s story “No Hope? Don’t Believe It,” chronicles her difficulties with mental health professionals who stigmatized her with the misdiagnosis of borderline personality disorder and how that label followed her around, even getting her fired from her first job as a registered nurse.

The Dictator In My Head

As a cognitive behavior therapist specializing in anxiety and obsessive compulsive disorder (OCD), I found this story hit the nail on the head. Kurt Warner describes his struggle with the “dictator living in my head” and how he learned to manage OCD. He describes the dictator as using “fear, coercion, and constant threats” and being a “tyrant, bully and dictator.” He says the problem is that by doing what the dictator says, OCD only gets stronger. He describes the many manifestations of OCD he experienced from counting to checking to obsessions with germs to needing to have a good thought and the right feeling before moving on.

Kurt learned that a type of therapy called Exposure and Response Prevention, which he implemented through self-help, was extremely effective. He learned to “beat OCD back” by “methodically and routinely disobeying its orders (compulsions) and ignoring its obsessions.” He says, “To obey its compulsions is to feed it and allow the beast to grow…I feed OCD by obedience and starve it by disobedience.” He says he still gets obsessions and compulsions but he manages them by knowing they are not real and simply not acknowledging them.

I enjoyed reading the story about Jeannie by Miriam Mandel Levi because I work with many children and teenagers with selective mutism, and adults where it eventually morphs into social anxiety. 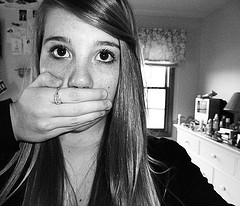 Jeannie sounds like a non-typical case in that her mutism started in her late teens/young adulthood. Selective mutism usually starts in early childhood and is noticed when children start school and a caring teacher realizes that the child is not speaking or responding to teachers and peers even though parents report that their daughter or son acts like a perfectly normal child at home. In Jeannie’s case, she stopped talking in all situations and was diagnosed with pervasive refusal syndrome, which is not actually a diagnosis in the DSM 5. Jeannie withdrew socially and did not eat, drink, talk, walk or engage in any type of self-care.

Levi reports that Jeannie needed “a process that was gradual enough that she felt in control.” This is often the case with the patients I have treated with selective mutism. We must proceed at a painstakingly slow rate that often frustrates parents and teachers. As Levi did with Jeannie, we teach patients to move slowly from non-verbal communication to simple sounds and words, eventually resulting in sentences and, in the most successful cases, leading to complete speech. Levi ends the story by saying, “Progress was agonizingly slow, the changes small and hard won, but they were changes all the same and changes meant hope.”

Ellen Holtzman works with Ann, a patient with drug addiction and an underlying anxiety disorder. It is quite common that people with anxiety use alcohol, drugs, binge eating, shopping and other addictive, compulsive behaviors to self-medicate and numb feelings.

Holzman reports that when Ann became clean and sober, her anxiety increased. While cognitive behavior therapy is the gold standard for the treatment of anxiety disorders, Holtzman used a more eclectic approach, borrowing from different therapeutic schools of thought and listening to the patient with an open mind and personalized treatment.

Holtzman hypothesizes that her ability to listen to Ann, especially her stories of sexual abuse, was a big part of Ann’s healing process. Ann ends up making many positive changes in her life, such as driving her car in the face of anxiety (a standard exposure therapy approach), taking up figure skating, planning a vacation to Costa Rica, and taking a watercolor class.

The story by Jennifer Lunden was the most touching to me. Lunden tells the story of Astra’s struggles with her sexuality and attention deficit hyperactivity disorder (ADHD). Astra had an inability to connect with others on an intimate level and thought of “sex like dancing. It’s just something that feels good and is fun to do with another person.” 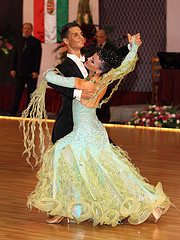 Astra also struggled with organizing her life and completing projects because everything felt too daunting so she felt overwhelmed and didn’t do anything. In the end, Astra credits a lot of her recovery with her therapist’s willingness to be a real human and use appropriate self-disclosure. Lunden says Astra highlighted “the pivotal session when she (Lunden) asked me to be more direct about my thoughts, feelings and biases” and Astra said, “I had a space where you would call me out. I needed to know I was talking with someone very human and with real opinions.”

Have Hope: Recovery is Possible

I believe that with a passionate committed therapist who practices evidence-based yet personalized therapy combined with a patient who keeps showing up, recovery is the rule, not the exception. Gutkind says, “With hard work, and empathic, passionate support, those who are suffering from mental illness can regain hope, build a sense of accomplishment and survive.”

To this I add, not only can you survive, but you can thrive!

Kramer, P. (1997). Listening to Prozac: The Landmark Book About Antidepressants and the Remaking of the Self, Revised Edition. Penguin Books.

Anxiety and Depression Association of America

Association for Behavioral and Cognitive Therapies