The Beginning of a Conversation 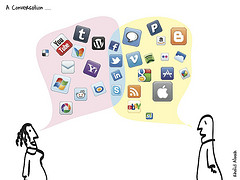 Steven Hayes, founder of Acceptance and Commitment Therapy (ACT, pronounced as the word “act”) sums up the message of this book in its last chapter, “What you hold in your hands is the beginning of a conversation.” I believe that Mindfulness, Acceptance, and Positive Psychology: The Seven Foundations of Well-Being is the first book to look at the commonalities and differences between positive psychology and ACT. The book offers a collection of articles by various authors on many subjects such as beliefs, mindfulness, cognitive reappraisal, values, perspective taking, experiential acceptance and others. I will not attempt to summarize all these ideas but, rather, highlight some of the major themes of the book based on my experience.

For those of you who are new to ACT, its core message is to accept what is out of your control and commit to action that helps you live a meaningful life. On the surface, the message is quite appealing to positive psychologists. However, as you read the book, you will discover that ACT practitioners think about mindfulness and acceptance in very specific ways that can complement as well as conflict with some positive psychology constructs.

As way of disclosure, I am a cognitive behavior therapist and a licensed psychotherapist. I have been following ACT for many years and have attended numerous trainings in ACT as well as even a few therapy sessions with an ACT therapist. While I incorporate many ACT concepts in a cognitive behavioral therapy approach, I have found the theories underlying ACT, such as relational frame theory and contextual behavioral science to be quite complex. I would encourage readers who are interested in ACT to explore additional resources on these concepts. This books cites many resources. 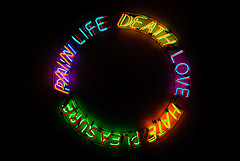 In ACT, there is a belief that replacing negative events with positive ones is only a small step away from avoidance and suppression, which turns the normal experience of pain into one of suffering. In grad school, one of my mindfulness professors stated a simple formula:

If Pain = 5 and Resistance = 0, then Suffering is 0. You still have the pain, but you don’t turn it into needless suffering.

In contrast, positive psychology has traditionally encouraged people to cultivate positive emotions and experiences. While there is no consensus in this book, Steven Hayes says: “If positive interventions are really committed to replacing negative emotions… then the two do not fit other than for some useful borrowing… as positive psychology has matured there is a growing realization that positive functions and positive forms (and negative functions and negative forms) are just not the same thing.” Both Hayes and other authors in this book are hopeful that the emergence of “Positive Psychology 2.0,” with a more dynamic, nuanced approach to well-being, may allow ACT and positive psychology to become supportive fellow travelers. 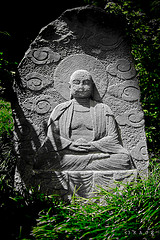 My favorite article in this book was the one by Eric Garland and Barbara Fredrickson examining the linkages between the broaden-and-build theory of positive emotions and some of the key components of ACT. These authors introduced the idea of positive reappraisal, in which they propose that mindfulness skills can be coupled with cognitive restructuring from a functional perspective to promote a meaningful integration between ACT and positive psychology.

Garland and Fredrickson contend that, “the state of mindfulness is a key mechanism that makes reappraisal possible.” The technique of mindful reappraisal involves helping the client to engage in mindfulness practice after the initial stress appraisal and before developing the reappraisal from a functional perspective. In this way, the client is learning to practice defusion from thoughts and feelings to gain psychological flexibility and take committed action toward values. 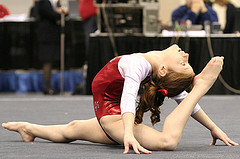 Be Flexible In Order
Not to be Bent Out of Shape

I think it is part of the human experience to struggle with painful experiences and to want to turn them into positive emotions. ACT offers us a way to become an observer of our content (self as process and self as context), as opposed to getting stuck in our thoughts and feelings (self as content). This is one place where ACT can enhance positive psychology as it continues to mature into the future.

Sometimes, we must struggle with painful experiences and emotions because that is part of life. For some people, jumping straight to defusion and experiential acceptance feels invalidating. For others who are more enlightened, this might be possible but, as Foody and Barnes-Holmes mention in chapter 8, sticky psychological content (with which you have struggled in the past) is likely to slide you back into self-as-content the minute it shows up.

I would recommend this book to anyone who is interested in joining the early conversation between ACT and positive psychology. This book offers a concise summary of some of the key constructs of both traditions and also has numerous references for the reader to gain more knowledge as this conversation begins.

Thanks for the review. I like the book discussion as a conversation – it sounds very thoughtful to think of this book in this way.

What a fun equation you bring up. I love the analogy of Resistance at a 0!!

I’m about halfway through the book right now and really enjoying it. I would also recommend this book to anyone who has stood on one side or the other of the ACT vs. PP dichotomy. I’m glad to see that Kashdan and Ciarrochi are breaking through this simplistic debate to look at how these two conceptually different but equally compelling fields can integrate (or diverge.) A great takeaway from this book would be to have PP and ACT “purists” view their own fields a little differently. I love your suggestion to use a flexible contextual approach to evaluating ACT and PP. Could not agree more.

Thanks for your comments. From a behavioral theory perspective, I think it would be possible to find a functional integration of PP and ACT. In the cutting edge of cognitive-behavioral therapy right now, several researchers are evaluating transdiagnostic processes that cut across psychological disorders for a united theory of psychotherapy. To me, this work is really exciting and takes an evidence-based yet client-centered approach.

Thanks for your outline and clear cut mindfulness discussion re: Kashdan and Ciarrochi’s new blockbuster ACT and PP synthesis. This book is a brilliant bridge re: scientific methods to understand human suffering and rather than trying to push it away,mindfully understand how to process it with graceful well-being awareness. This diversity here blew me away as did the creative applications.

Lessening life’s struggles and accepting our reality via melding flexibility and curious mindfulness is like a brave new world for many. At last we have science that works. What a terrific blend of cognitive and affective. And not more, “lions and tigers and bears, oh my!” Now we watch them in wonder, defuse our fear, and mindful reappraise their roars! How empowering.

Whether you’re new to mindfulness practice or not, this collection of articles is a great foundation for your daily practice.

Thank you Laura. I think this is a great book which pulls together a coherent story of how matters might best develop. The notion of PP and ACT coming together is powerful and, as they say, they arguably have similar origins. A vital part of the argument they also advance is the importance of PP pursuing other goals than personal well-being. I love the idea of a discussion which reminds me of something Krishnamurti said in 1961 “I think before we begin it should be made clear what we mean by discussion. To me it is a process of discovery through exposing oneself to the fact. That is, in discussion, I discover myself, the habit of my thought, the way I proceed to think, my reactions, the way I reason, not only intellectually but inwardly…”