In Counterclockwise: Mindful Health and the Power of Possibility, Ellen Langer, a psychology professor at Harvard, says that “knowing what is and knowing what can be are not the same thing.” Langer’s research over the past 30 years has focused on how mindfulness – defined by Langer as actively noticing new things – can lead to new possibilities and allow us to improve our health and well-being. The psychology of possibility assumes “we do not know what we can do or become.”

If One Dog Could Yodel 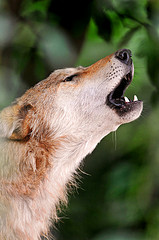 Langer writes that the mission of “the psychology of possibility” is to see if an outcome is possible, and then figure out how it can be pursued. Traditional research is based on probabilities and a fixed view of what was studied. We’d need to show that the majority of subjects have an effect in order to conclude the effect is real. In the psychology of possibility, only one participant is needed to prove something is possible. “If I can make one dog yodel, then we can say yodeling is possible in dogs,” writes Langer. Instead of trying to prove what is true for the majority, we look at how exceptional performance becomes possible.

Our Mindset Determines What Is Possible

In the counterclockwise study of 1979, Langer and her research team set up an experiment where two groups of men lived in a replicated world as if it were 20 years earlier. The “experimental” group lived as if 1959 were the present – they spoke in the present tense, wrote an autobiography as if it were 1959, and exchanged photos of their younger selves. 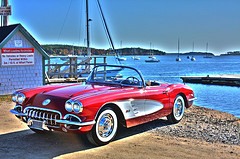 The “control” group lived in the same replicated world one week later, except they wrote their bios in the past tense, their photos were of their current selves, and they reminisced about the past.

It turned out both groups got “younger” but the experimental group had greater improvements on many measures of physical ability, health, and intelligence – and the experimental group was judged to look younger by people who were unaware of the study. Langer concluded that it is not our physical selves that limit us but, rather, our constricting mindsets about our physical limits, health and well-being and our social construction of what aging means. 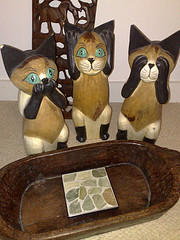 Don’t Believe Everything You Hear

Mindless learning can get us to mindlessly accept ideas that we have been primed to learn outside of our awareness. For example, cultural stereotypes can work as primes.

In another study, a group of female room attendants were primed to view their work as exercise. After only four weeks, the “informed group” lost an average of two pounds and showed reductions in body fat and increases in muscle mass compared to the control. Langer suggests these findings might be explained as the direct influence of the mind on the body. 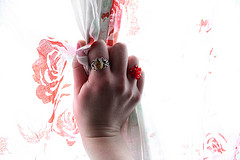 Expand Possibilities by Asking “How?”
Counterclockwise is filled with thought-provoking ideas based on research studies that ask questions about what can be. Langer’s work shows that when people think mindfully about what they are doing, they adopt more positive and empowering beliefs about themselves and they feel and perform better. Langer says that questioning presumed limits is the essence of the psychology of possibility: “if instead of asking whether we can change, we ask how we can do it, we can begin finding out.”

When Overworking Leads to Underperforming