Beyond Resilience: Growth after Adversity

“Even the helpless victim of a hopeless situation, facing a fate he cannot change, may rise above himself, may grow beyond himself, and by doing so change himself. He may turn a personal tragedy into a triumph.” (Frankl, 1959) 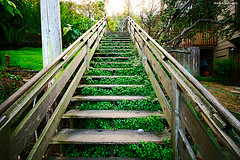 In this month’s discussion of stress and resilience , I’d like to highlight posttraumatic growth: “a change in people that goes beyond an ability to resist and not be damaged by highly stressful circumstances; it involves movement beyond pre-trauma levels of adaptation” (Tedeschi & Calhoun, 2004). In contrast to resilience, posttraumatic growth involves the transformative power of suffering.

Making Meaning Out of Adversity 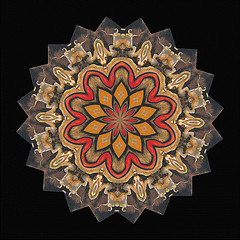 In Man’s Search For Meaning , Victor Frankl tells the story of his experience as a prisoner in a Nazi concentration camp. Frankl says that his desire to found a new type of psychotherapy, which he called logotherapy , is what gave him the will to keep going. Frankl writes, “We can discover meaning in three different ways: (1) by creating a work or doing a deed, (2) by experiencing something or encountering someone and (3) by the attitude we take toward unavoidable suffering.”

Growth occurs not through the suffering itself, but through the individual’s struggle and reconstruction of shattered assumptions. In the aftermath of trauma, cognitive rebuilding alters one’s schemas, or core beliefs, and creates a new reality. Many people then make dramatic life changes and shift priorities based on this new way of seeing the world. In doing so, they can also change the world:

Many lower-profile, quiet transformations happen everyday — a rape survivor volunteers for her local rape crisis center hotline; a group of breast cancer survivors walk in unison to help find a cure, scarves over their bald heads.

“Trauma survivors no longer move through life unmindful of existence; they can more readily relish the good, for they all too well know the bad.” (Janoff-Bulman, 1992) 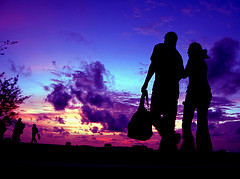 People who have thrived after adversity and loss often report an increased appreciation for life and a changed sense of what is important. Other benefits include:

Trauma survivors are not often seeking these benefits or searching for meaning in the aftermath of adversity. Many are just trying to survive or wrestling to decide whether life is still worth living. Posttraumatic growth is “a consequence of attempts to re-establish some useful, basic cognitive guides for living, rather than a search for meaning or an attempt to manage the terror of mortality” (Tedeschi & Calhoun, 2004). Such growth is extraordinary in the individual, and also when their awareness gives strength and support to others.

Images:
Stairway (#19621) courtesy of mark sebastian
Jellyfish mandala courtesy of omnos
Sprouting Flowers by Kevin Gillespie for the chapter in Resilience: How to Navigate Life’s Curves.
Silhoutte pair (take the long road, and walk it ) courtesy of notsogoodphotography

Overcome Stress and Challenge: 7 Mechanisms of Resilience for High Productivity

We each have a choice as to whether a traumatic experience will kick us up or kick us down. At the end of a physically abusive relationship (the last one), I knew that if I could grow through that experience, I could use it as a way to help other women. As a result of my willingness to share my experience with abusive relationship and ensuing growth, I have helped more women than I will ever know.

The same is true of my experience in supporting a lover dying of cancer. While the experience itself traumatized me in more ways than one, because of my choice to allow it to change me for the better spiritually, it has helped innumerable people.

We have the choice with every trauma as to whether it moves us toward our higher selves or allows us to burrow deeper into self-pity.

Laura, those are really inspiring examples – MADD, brain stroke, Randy Pausch. Do you think that it’s sometimes hard to see Posttraumatic Growth in the moment, and that people can only really even appreciate that they’ve grown once some time has gone by? I am wondering how PTG would fit with George Vaillant’s sublimation and other in-the-moment mature defenses. Best, S.

Senia, I think when people are going through a traumatic situation, they aren’t necessarily looking for growth in the moment; they are just trying to make it through and figure out how to go on with living. Many people find growth afterwards and, yet many extraordinary people say things like “I would give up everything I’ve learned just to have my son back.” I think PTG is a way of coping and making sense of the trauma. Maybe it is a mature defense. It certainly drives a lot of positive change in the world. Laura

Pixie, It sounds like you have experienced PTG firsthand and have been able to use your experiences to help others. Bravo! Laura