Is Positive Psychology Prescriptive or Descriptive? 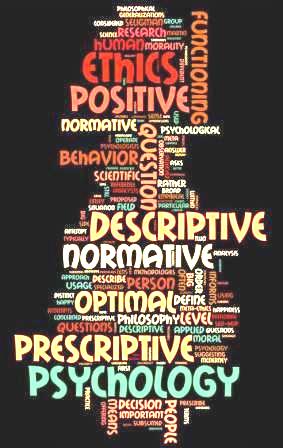 Kevin Simmons, teaches English, Social Studies, and Military Science at the high school level. He has nurtured a deep interest in many areas of science and philosophy by listening to audiobooks on his long commute, reading books from the public library, and either fascinating or annoying his wife with explanations of the most intriguing ideas he encounters.

Consider this question: How should a person live in order to flourish? This is a big question, and the attempts to answer it are significant. A person can cultivate strengths, be grateful and forgiving, do unto others, and so on. This question is explored within the philosophical field of normative ethics.

Now consider another question: What do people who are flourishing do? This is also a big question, but quite different from the normative one that relates flourishing to an ideal standard. Searching for the answer requires research and observation in order to describe behavior. These questions may yield similar answers, but the approach that led to each conclusion was different.

The difference lies in methodologies. 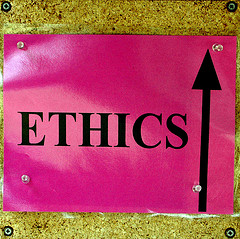 Within the branch of philosophy that is concerned with morality there were traditionally four approaches to inquiry. Here are examples of the questions each asks about morality:

Keep in mind that all sciences grew out of philosophy and that many of the philosophical disciplines have either informed or been subsumed by scientific ones. Normative ethics informs economics, which looks at how rational decision makers ought to behave. Meta-ethics informs most of science by leading them to define abstract concepts. Applied ethics informs organizational studies, which attempt to reach good outcomes despite controversial situations. Descriptive ethics has largely been subsumed by psychology, which typically observes behavior in order to draw conclusions.

Prescriptive and normative are often used interchangeably. Here is a discussion of the prescriptive/normative and descriptive in reference to the ethics of psychology:

“First, based on empirical evidence provided by observation of behavior, descriptive ethics refer to what is valued… The next level of discourse, normative ethics, refers to what individuals should do or ought to value… Normative ethics cannot be adequately addressed by scientific method…” (O’Donohue 426). 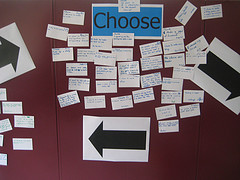 A distinct meaning has been proposed for “prescriptive” within fields that use decision theory in an attempt to bridge the gap between the normative and descriptive sides. Normative analysts assume a rational decision maker, while descriptive analysts emphasize that people often act in irrational manners. As Bell points out, a prescriptive side to decision making has been proposed to remedy this disparity by asking the question, “What should an individual do to make better choices?” This still leans towards a normative analysis in that it asks ‘ought’ rather than ‘is’, but it attempts to avoid universal generalizations.

This specialized terminology differs slightly from common usage. In everyday language, something is prescriptive when it prescribes, suggesting that prescriptive means offering advice. Something is descriptive when it describes, suggesting that descriptive means offering an explanation. However, using the terms in this manner divorces them from their connection to methodology. In academic usage, descriptive only means to describe in the sense that a particular behavior is studied and the results are explained. Prescriptive only means to prescribe in the sense that a hypothesis is logically generated so that a behavior can be advised individually or generalized globally.

Here is an example of a blogger, Sam McNerney, using prescriptive and descriptive colloquially rather than academically:

“The positive psychology movement seems to have branched into two groups: those that prescribe, and those that describe. Martin Seligman…represents the former group. As the head of the positive psychology graduate program at UPenn, Seligman is obviously a big proponent of the prescriptive side of positive psychology… The latter group has resisted [Seligman’s] self-help attitude… Psychologists in this camp are more concerned with describing happiness – that is, figuring out what makes happy people happy – than they are with prescribing happiness” (McNerney).

Notice that his analysis does not address the methodologies that the psychologists employ. 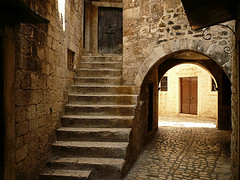 The field of positive psychology is grounded in scientific practice. It employs empirical methodologies to draw conclusions about the activities that lead to flourishing in an average population. Because the field of optimizing performance is typically the realm of philosophy and self-help, it has been important to establish that positive psychology is distinct from both normative ethics and pop psychology. This is why Martin Seligman wrote in 1998, “It needs emphasizing that this endeavor is descriptive, not prescriptive.” He subsequently repeated this pronouncement in 2005, “The methodological approach of positive psychology is simple: normal descriptive science of just the sort that made clinical research scientifically respectable.”

This is not to say that positive psychology only explains and never advises. The field is currently applied as well as descriptive. According to Linley and colleagues, it is not normative or prescriptive though, as this would require psychologists to first show that optimal functioning is universally desirable and attainable. For now positive psychology steers clear of normative and prescriptive methods, because there is still too much to discover, prove, and define before such universal generalizations can be drawn. 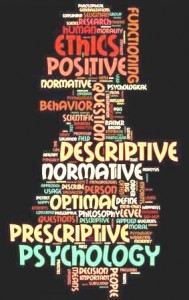 When Howard Gardner discusses “The Ethical Mind,” he points out that ethical behavior requires people to monitor their relationships to their roles. A psychologist’s role is different from a philosopher’s or a coach’s. When in a psychologist role, one describes. When in a coaching role, one applies. When in a philosopher role, one normalizes and prescribes. The same person can fill many roles but at different times. Thus ethics involves understanding your role and adhering to it.

Let’s look again at the questions to be considered through the lens of psychology:

Compare these to questions to be considered through the lens of philosophy:

Ethics in Internet Encyclopedia of Philosophy.

McNerney, Sam. Positive Psychology: Prescriptive or Descriptive? Why We Reason.

Book Ideas for the 2011 Holiday Season

A Celebration of the Future

THis is a really thought-provoking article and I realize that I had completely different (aka “wrong”) definitions of normative and some of the other terms. Perhaps it behooves positive psychology (and other disciplines) to be really clear on common definitions in word choice before we go further down the discussion?

Thanks for the feedback, Lisa. In scientific pursuits it is very important to use words clearly. Literature and the arts challenge us to expand the meanings of words or return them to their roots, but philosophy and the sciences require precise words with specific working definitions so that it is clear what has been reasoned, measured, and reported.

I think that you are spot on in the call for clear, common usage of essential terms in positive psychology. Mortimer J. Adler, in “How to Read a Book”, talks about “coming to terms”, and discusses that it is exremely difficult to transfer knowledge without first agreeing on the meanings of the terms that are being used. Precise definitions would assist with this process, and, in so doing, help to move the science of flourishing along by simplifying the transfer of knowledge and understanding (while also hopefully avoiding overstatement).

Of course, once the scientists have thoroughly compartmentalized words, then the artists are going to show up and to expand their meanings again – an equally important and worhty endeavor.

I found this article very interesting. It is filled with great information. The premise on word definitions makes one think about how important unity in understanding not only the use of a word or subject as well as the connotation of a word. There is so much misunderstanding when people are at odds over words and what they mean. You explained prescriptive and descriptive psychology in ways that brought enlightenment and understanding. Good job!