MAPP Magazine: The Civic Engagement Issue
MAPP Magazine: The Education Issue
Unthinking, Fast and Slow
Sit Write Share launches today
MAPP Magazine: The Power of Community
The Art of Insubordination: A Review
On Doing What We KNOW is Good for...
MAPP Magazine Articles on Positive Psychology Applications
August 31 is Launch Day for The Business...
New MAPP Magazine on Positive Humanities
Home All Looking in the Right End of the Telescope: The Daily Better Interview Part 1
AllBook AnnouncementBook ReviewChangeGlobal PoliciesHealthNatureOptimism

Looking in the Right End of the Telescope: The Daily Better Interview Part 1 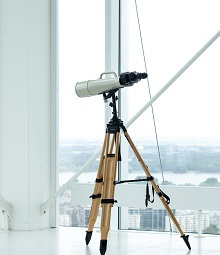 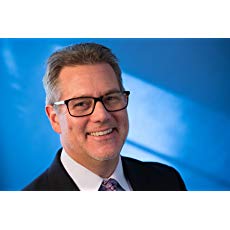 In 2019, Henry Edwards published The Daily Better: 365 Reasons for Optimism. I interviewed him on December 12 about why he wrote the book. I learned that he personally changed his world view to be more open and hopeful and that he hopes his book will help others do the same.

Kathryn: Give us the 30 second elevator pitch for your book.

Henry: Sure. It’s a book of days, one page for every day of the year. Every day has a story about humanity at our best. The day starts with a quotation and then a story about something humans did well that is associated with that date. The page closes with the Thought for the Day, a generalization about the event of the day. The day might be associated with eradicating polio or women getting the vote in most places in the world or the decline of absolute poverty or extension of rights to animals. There’s a lot of variety, but the book provides a daily reminder that big things like freedom, economic growth, education, and human rights are trending in the right direction. That may not be what people read in the newspapers, which report on stuff that bleeds or explodes. The point of my book is to be a counteractive corrective dose of positivity for every day of the year.

Kathryn: That makes me think of Hans Rosling’s book Factfulness, about how little people seem to know about global trends for the better. I like that idea, that your book is an alternative news diet. What prompted you to write it?

Henry: People are surprised when I tell them I used to be a depressed pessimist and an alcoholic. I got sober in 1993. and one of the things that my sponsor insisted was that I develop an attitude of gratitude.

I asked, “Well great, but grateful for what?”

To which he replied, “You have a college education, you’re healthy, you have access to healthcare, and now you are sober.”

It was as if I had been looking in the big end of the telescope, and the world I saw was tiny. My sponsor said, “Henry, turn the telescope around!” Whoa! That’s the way the world really is.

I needed to change my world view. That made me see how negative my news diet had become. My book is a way to give people a counteractive dose to their media diets. There is a story for every day of the year about something good happening, something big. On December 11, the story is about the founding of UNICEF, which has saved millions of lives. Contrast that in scale to stories in the news about 2 or 3 people dying in an explosion.

For another example, my daughter has opportunities that my mother did not. My wife is in the National Symphony here in Washington DC. A couple of generations ago, the only job a woman could get in a big orchestra was the harpist.

There are so many stories that we forget or take for granted. Literally, the fabric of our lives has so much goodness in it, and what we’re getting served as news is terrible fare.

Kathryn: This seems like a good book to start right now, as 2020 starts.

Yes, though really you don’t have to start on January 1. You can start anywhere and dose yourself with good news as you go through the year. Some people read it through like a book. Some people read one day at a time.

Kathryn: What kept you inspired while you worked on your book? 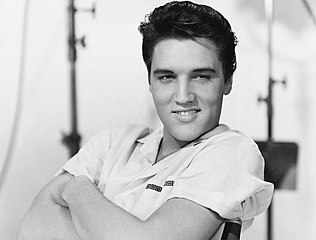 Henry: It was easy because I got to look for all these great stories. What happened on this day in history? Who was involved? Who was affected? Let me give you another example. In 1956, about 20 to 30% of Americans were getting their polio shots. On October 28, Elvis Presley got his polio vaccination on the Ed Sullivan show. Vaccination rates went up to 80% within 6 months. That public health intervention helped eradicate polio. That’s not what people usually associate with Elvis Presley.

I finished my first draft before my deadline. It was a joy to write.

Kathryn: What’s the most surprising thing you encountered while working on your book?

Henry: I was surprised that there’s something good on every day, though sometimes it was a bit of a stretch to find it.

Here’s another surprise. There has been great progress on human sexuality. February 10 celebrates Alex Comfort’s Joy of Sex, and March 22 1972 celebrates the US Supreme Court ruling that single people could not be denied contraceptives. I teach high school. There are so many kids exploring their sexual identities, transgender, gay, straight. The comfort with which kids talk about sexual identities today is amazing and funny. Just a century ago, Mae West got jailed for playing a lead role in the Broadway play, Sex. We’ve made considerable progress away from a history of terrible persecution against LGBT people. People can be themselves in so many different ways now. I guess I’m surprised both by how far and fast we’ve come and by how far we have yet to go.

Kathryn: With global warming and environmental destruction, people feel that we are in dark times. What do you think?

Henry: Yes and no. Global warming is a massive problem, but I think we’ll fix it faster than we think we can. My main reason is what I know about how we changed the behaviors that contributed to the ozone hole. In the 80s, the two big environmental problems were acid rain and the ozone hole. The ozone hole was addressed by the Montreal protocols, which were actually signed into US law by a Republican President, Ronald Reagan, someone we don’t usually think of as an environmental president. When coal plants in Ohio and Michigan sent up nitrous and sulfur dioxide that caused acid rain that killed trees in Vermont or New York, we started to regulate it. We required scrubbers in power plants. Even fracking helped. I hope we can end fracking eventually, but it made coal much less economical. Most of the mercury in the fish we eat comes from coal. Natural gas produces a lot less carbon dioxide. We were able to make international agreements to solve global atmosphere problems. Based on our track record, I’m hopeful, but with measured optimism. 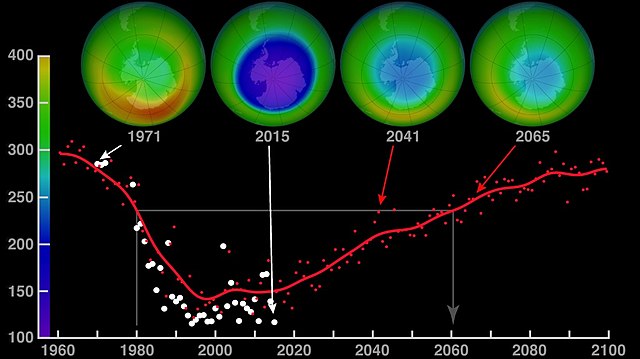 Ozone levels stabilized in the 1990s following the Montreal Protocol, and have started to recover. They are projected to reach pre-1980 levels before 2075.

Kathryn: How does the media shape our world view?

Henry: The media tends to play to our negativity bias, that is, our tendency to think more about the bad, see the bad more easily, and see the bad in more fine grain. The media also tends to use a narrow frame focusing on particular episodes. With the availability heuristic, whatever we see, that’s what we think the world is. So, we see murder, car crashes, problems, problems, problems in the news. Our minds make the connection: The news represents the world, the news is full of problems, so the world must be full of problems.

The best news sources like the Christian Science Monitor, National Public Radio, Positive News out of the UK, and a website by David Burns called Feeling Good, take a thematic frame, a much bigger frame that puts the episode in a bigger context. People die in hospitals of antibiotic-resistant infections. That’s episodic. It leaves us anxious about the dangers of antibiotic resistance and feeling powerless. In a thematic frame, we also hear about work on new antibiotics and how humans might be able to use CRISPR technology to alter some of micro-organisms so that they essentially kill each other. We can do other things that are preventative, such as using antibiotics less in livestock, to try to reduce the incidence of antibiotic resistance. I think looking at the big picture is both more accurate and more hopeful.

Kathryn: Tell me how your book supports that thematic view. 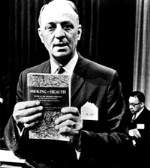 In episodic news reporting, we see vaping as a big problem. But with a thematic view, we can take a bigger look at tobacco. If we went from 45% to 15%, there’s a decent chance we’ll go to zero eventually. Part of the thematic frame includes looking at public health as a government service. Public health saves millions of lives. In an era of many people being anti-government, it’s good to remember the good that government has achieved.

Come back tomorrow for more from Henry Edwards about decision making and how he sees his mission to help the shape the world views of high school students, both the ones he teaches and many more with the future book that he is planning to write.

Rossling, H. (2018). Factfulness: Ten Reasons We’re Wrong About the World–and Why Things Are Better Than You Think. Flatiron Books.