How Wide and How Deep? 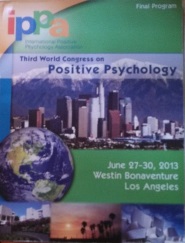 Somebody recently asked me, “What are the new trends in positive psychology?” It’s a hard question to answer because the field is now full of people with different research interests and people with different application interests. Looking at the IPPA World Congress, I could perhaps conclude that the level of focus on future prospecting described by Martin Seligman, as described in my first IPPA Third Congress article, is relatively new. But in general, my feeling from the congress is that application of positive psychology is getting wider in terms of geographical and socioeconomic reach, and research is getting richer with more points of view, more interdisciplinary approaches, and yes, even revisiting questions that are in danger of becoming dogma, as in the recent exchange among researchers about the positivity ratio. 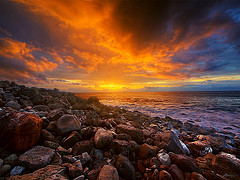 During the IPPA Congress, some sessions focused on one particular construct and its impact on well-being. The individual concepts explored included hope, gratitude, mindfulness, flow, love, humor, post-traumatic growth, resilience, free will, moral development, elevation, spirituality, creativity, character strengths. The list is not a surprising one, but the relative importance of mindfulness practices is increasing.

Many sessions were workshops (25) that presented specific techniques for using positive psychology. Presenters led participants through particular applications that demonstrated how concepts from positive psychology can alter the way we carry out every day activities.

For example, Fredrike Bannink led a workshop titled Positive Supervision and Intervision (where intervision is feedback between peers). She asked people in pairs to tell stories about sparkling moments at work, with the listener reflecting back the strengths heard in the story. This is a great way to start a feedback session. She demonstrated how to help a person come up with his or her own ideas for improvement, a process very similar to coaching and involving powerful questions. As an example, she described asking a person to rate his most challenging session, and then asking for ideas of ways to make small improvements: How could you take the “3” rating you gave yourself to a “4” rating (not a “10” rating)?” 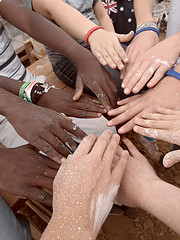 light work” width=”145″ class=”size-full wp-image-27068 ppnd-right” />    Many hands make light work
As I mentioned in my first article about this year’s IPPA, there was so much going on that I only reached a small fraction of the sessions. So why do I mention the breadth? It occurred to me that the conference program can be a future reference for looking up names of people that are associated with specific topics. Let me illustrate by showing how I’d use the program to find others interested particular topics. 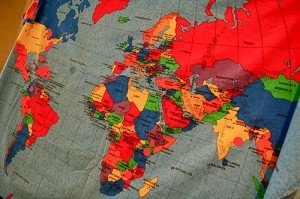 Cross cultures, what can we learn?

These are just a few examples of using the IPPA Third World Congress program as a directory to find other people with shared interests, and I didn’t even look at the list of 500 posters!

I suspect downloading and machine searching the program might be even better than leafing through the printed copy as I’m doing now. If you think you might do this, act now to download the program, since it may not stay online forever.

During the reception for MAPP graduate programs, I met Claudio Ibáñez, member and educator of the Instituto Chileno de Psicología Positiva, who has been involved in graduate-level positive psychology programs in Santiago, Chile. At the suggestion of Martin Seligman, he had had his book, The 33 Chilean Miners and their Rescue: Positive Psychology in Action, translated into English in time for the IPPA World Congress. While there are other books about the 33 Chilean miners who were trapped 700 feet underground for 69 days, Claudio had a special perspective. He was actively involved using a positive psychology lens from the very beginning.

For example, in the very first days, before it was known that the miners were still alive, he spoke out to the media about maintaining hope instead of giving in to worst case scenarios:

“When everything is against you, your only lifeline is a positive vision of the future. Anything else means giving up and giving in.”

“In our programs at the Chilean Institute of Positive Psychology, we teach our clients and our students how to take a positive approach to adverse situations. This is what gives us the inner strength and physical fortitude to carry on when the odds are stacked against us. And this is precisely what I felt was missing as I watched the tragedy of the San José mine unfold.” 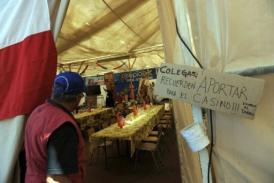 Claudio was not only instrumental in motivating searchers to keep looking. He was also involved after the connection was made with the living miners on day 22. His book describes both what the miners were doing themselves to maintain their hope and well-being, but also ways that he and others on the surface, including their families, figured out to support them. Read about instances of flow, self-determination, compassion, maintaining connections with loved ones, meaningful work, strengths in action, and of course, faith, hope, and charity. I was particularly charmed by 11-year-old Albertito who suggested sending Condorita comic books down the tube to the miners, and even gave some of his own copies.

A NASA psychologist, Albert Holland, visited the mine and made suggestions based on experiences with helping astronauts manage long duration space flights. Claudio and others found many ways to help the miners maintain well-being, but they did so with humility and awareness that the miners found ways to manage the first 22 days completely by themselves.

From the Particular to the General

“While personal experience is not a good way to prove anything (we’ve seen the perils of introspection as scientific data), there’s nothing wrong with using it as a takeoff point for a more penetrating analysis.” Joseph LeDoux, neuroscientist, from The Emotional Brain: The Mysterious Underpinnings of Emotional Life.

The experience of the Chilean miners is no proof that victims of another mine disaster will come through, but it is an existence proof that people can work together to survive a terrible situation. Existence proofs are a starting point for study, and the stories associated with them are a source of hope when adversity arises.

Positive Psychology is as old as Aristotle, as new as pictures on the web showing people reaching across to embrace people they formerly shunned. Whatever the specifics, positive psychology carries the message that the good exists with the bad, and that hope is the choice that triggers strength, determination, and persistence in the fact of adversity.

Ibáñez, Claudio (2013). The 33 Chilean Miners and their Rescue. Origo Ediciones.

Image Credits, most via Compfight with Creative Commons licenses

Profiting from the Positive (Book Review)

Should You Read Decisive? (Book Review)

Nice piece Kathryn. Thank you sharing all this. I especially love your phrase that ‘hope is the choice’. I had not thought of it as a choice before. I think you are right.
Best aye
Angus

Thank you for an article that broadens my perspectives and inspires me to build on my application of PP where I am. You put ‘meat’ on the program schedule – the only bit of the IPPA Congress that I had on hand. Kudos!

Thank you, Angus. I think the words came to me from thinking about Claudio’s book. That was what he did: choose hope.

thank you, Kathryn your comment on my book “The 33 de Atacama …”. It was a pleasant surprise to find your article in PPND.

The wonderful thing is that Kathryn’s comment coincided with the 3rd anniversary of the tragedy of the 33 miners, which occurred August 5. Also this August 5, the prosecutor who led the case from a legal standpoint, ruled that there was responsible for the tragedy, which was a blow to the 33. The link to the interview I conducted with CCNChile for this third anniversary of the tragedy: http://www.cnnchile.com/noticia/2013/08/05/claudio-ibanez-y-dictamen-en-caso-mina-san-jose-se-van-a-poner-de-pie-