Meaning Can Come from Suffering AND Play 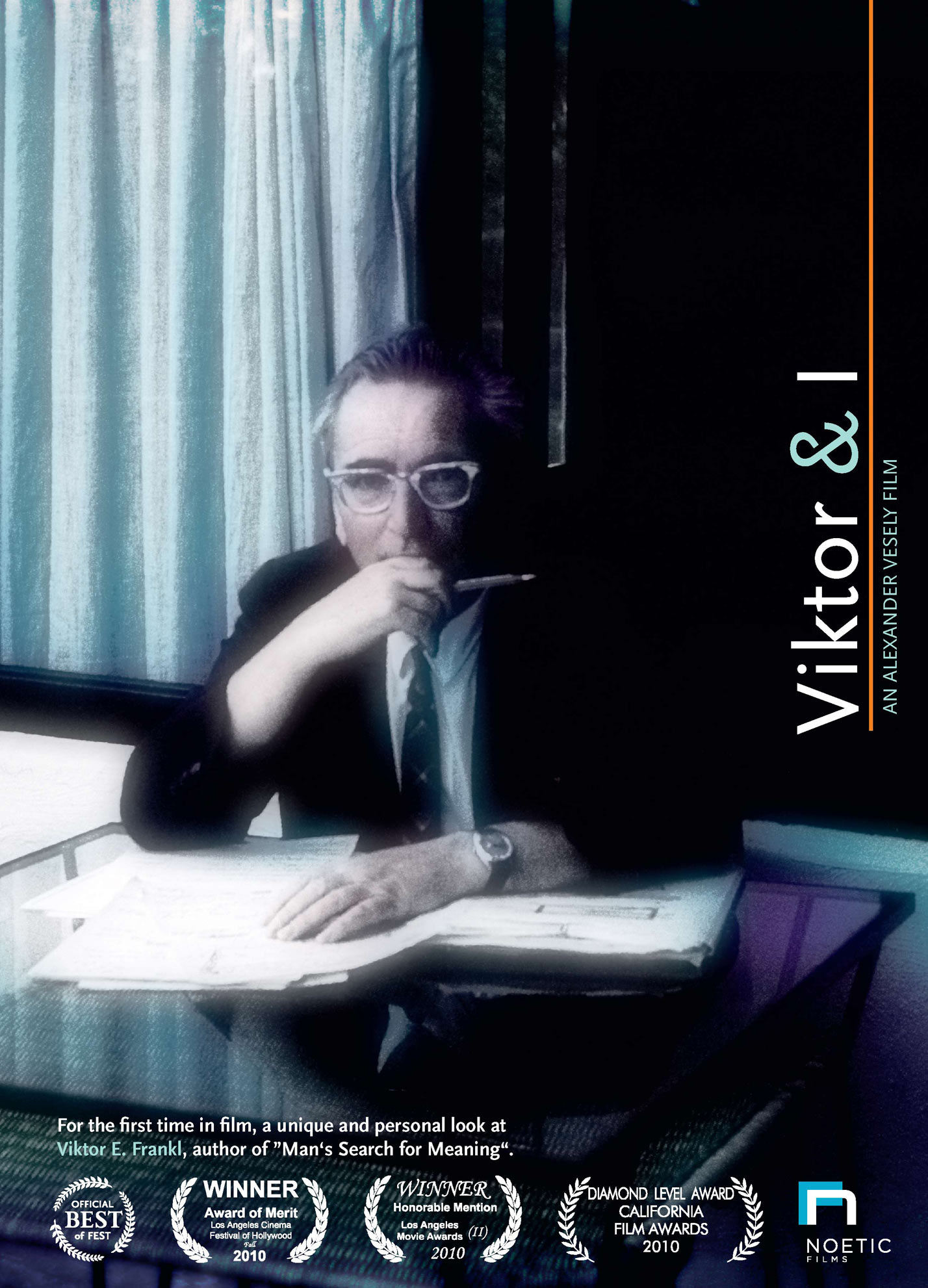 When you think of the meaning of your life, do you think of making it, searching for it, finding it, or noticing it? Do you associate meaning with times of well-being or do you believe meaning becomes apparent primarily in times of suffering?

These were points of difference among the keynote speakers at the 7th Biennial Meaning Conference, held in Toronto Canada from 27th through July 29th, 2012. This article covers some of the viewpoints presented on day 1 of the conference. A subsequent article will cover days 2 and 3.

Dr. Emmy van Deurzen is an existential psychologist honored at the conference with a Lifetime Achievement Award. In the keynote that opened the conference, she described life as a whirlwind of change and explored ways that people find steadiness, resilience, and purpose in that context. Suffering is universal, and people need to learn to deal with it rather than finding ways to avoid facing it. She referenced Viktor Frankl’s structure for meaning:

Citing Camus, she stated that meaning is found because of challenges in life, not in spite of them.

She also stated that the art of living is to be equal to all of our emotions, rather than to select or cultivate only the pleasant ones.

Robert Neimeyer: The Narrative Arc of a Tragic Loss

Psychologist Robert Neimeyer studies grieving as a process of reconstructing meaning after it has been challenged by loss. He sketched the narrative arc of grieving, describing how a person’s story is shattered, retold, reconstructed, integrated, and extended. Using video-clips of mothers who have lost children to violence, he showed how predictability, sense of worth, and personal ability to protect families are often called into question. Some people are resilient, but others face complicated spiritual grief including persistent despair and withdrawal from faith communities.

Neimeyer referenced the work of Katherine Shear, whose center runs randomized clinical trials of various treatment approaches for complicated grief. He also discussed the effective use of narrative interventions that involved benefit finding, sensemaking, and emotional disclosure, all of which gave people temporary respite and still showed benefits after 3 months.

George Bonanno: Trauma, Meaning, and Flexibility
I encountered psychologist George Bonanno when I was writing Grief is a Part of Life, as I was grieving the loss of a second friend in less than a year. He had written a book called The Other Side of Sadness that my group found very helpful.

In preparation for this keynote, Bonanno had taken a good hard look at the literature about meaning. He asked himself the following 5 questions and found literature with partial answers:

In the context of the final question, Dr. Bonanno ended his talk with a discussion of coping flexibility. There is no such thing as a single perfect adaptation to life: every adaptation has its pluses and minuses. He sketched what he believes to be the most successful way to face life’s challenges:

Mark Kingwell: The Art of Play 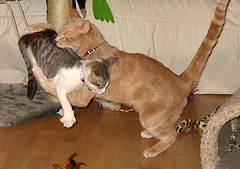 Starting with the statement that life could be lived as if it were a work of art, philosopher Kingwell explored 5 dimensions of the art of play:

Poetry and philosophy are infinite games. He concluded that the highest forms of play open us up to the most divine, that which is closest to immortality. 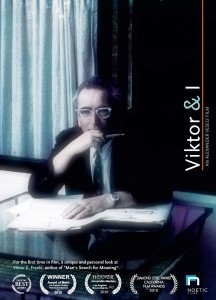 Viktor and I: the movie

Many speakers invoked Viktor Frankl over the course of the weekend. His book, Man’s Search for Meaning, is a central text in discussions of meaning. So it wasn’t surprising that the Biennial Meaning Conference included a showing of a movie, Viktor and I, that celebrates his eventful and fruitful life. The movie included recordings of speeches by Frankl as well as numerous interviews with people who felt their lives had been enriched by his presence. There were stories of his stage presence, moral courage, and physical courage, including Frankl’s passion for mountain climbing. Frankl joined my personal pantheon of people whose lives are examples to live by.

What was surprising was the warmth, humor, even whimsy that resonated throughout the film. Frankl’s granddaughter described him playing with them at bedtime, his two feet under the bedsheets having comical conversations with each other. His grandson, Alexander Vesely, commented that his grandfather collected jokes the way other people collect postage stamps. Vesely directed the movie and introduced it for the conference, perhaps a bit shyly, preferring to let the work speak for itself. In the discussion after the movie, Vesely noted that Frankl discouraged ranking the suffering of different people. Children can feel great pain when they experience losses that the adults around them find trivial. He also reminded the audience that his grandfather took a stand against collective guilt. Frankl felt that you cannot demand heroism from anyone but yourself.

On the second and third days, other views of meaning were expressed by speakers including Christopher Peterson, Laura King, Richard Ryan, and Paul Wong. Come back to follow me to the everyday side of meaning and beyond.

Bonanno, G. (2009). The Other Side of Sadness: What the New Science of Bereavement Tells Us About Life After Loss. Basic Books.

Neimeyer, R. (2006). Lessons of Loss: A Guide to Coping. Center for the Study of Loss and Transition.

Park, C. (2010). Making sense of the meaning literature: An integrative review of meaning making and its effects on adjustment to stressful life events. Psychological Bulletin, 136(2), 257-301. Abstract.

Images
Most images are from the Biennial Meaning site.
Viktor & I cover is from Noetic Films.
Cats at play courtesy of Malingering

Thanks for a great write-up, Kathryn.

I’m wondering if conversations and work on meaning typically involve so much reference to loss, trauma, and suffering, or whether that theme was pushed forward by the conference (“Healing and flourishing through meaning…”).

I’m certainly no expert, but I want to believe that although suffering is universal, we can find meaning outside of our suffering as well. I was happy to see the talk about play and meaning.

I quit Intel to do happiness training full time in part because teaching people the science of happiness felt meaningful to me. No suffering required! Of course, that meaning is there for me precisely because I and others do suffer from unhappiness at times.

Thoughts welcome from anyone on whether suffering is a prerequisite to meaning.

That was one of the fun things about this conference. There seemed to be two camps: On the one side, the Existentialist Psychologists who feel that Positive Psychologists try to sweep suffering under the rug, so it’s their job to pull it out and make it front and center; On the other side, the Positive Psychologists who say but wait, our experiments show that people feel that life is more meaningful when they are doing well than they do when they are unhappy, and meaning is experienced in everyday ways, not just extraordinary conditions. There were just more Existential Psychologists on the first day. The second day report is coming soon.

Thanks for commenting. Watch for Laura King’s point of view in particular.

Thanks for the summation Kathryn and I look forward to reading about the rest of the conference.

Scott, your point is well made and I agree; meaning doesn’t only come out of suffering (as Kathryn hinted in the title). In my experience, it’s even more than “suffering AND play”. People can find “meaning” in any of their experiences and interactions.

In my clinic we spend a lot of time studying perception, because it is through perception that we start to get a handle on how an individual makes meaning.

Personally I think this is where psychology excels and embraces the complexity of meaning rather than taking a reductive approach, which is often seen with neuroscience focusing on the structure of sensory systems and their following processes to make sense of meaning.

Although I wasn’t there, I’m sure that the Biennial Meaning Conference would have addressed these points and more. Kathryn?