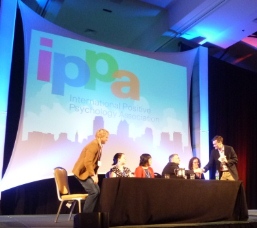 Pathbreaking Findings from the Science of Meditation

As the very last event of the IPPA Conference, Dr. Richard Davidson and Dr. Barbara Fredrickson invited a panel of five scientists to give very brief reports on their own work related to meditation and decision-making: Bethany Kok, Helen Weng, Clifford Saron, Erika Rosenberg, and J. David Creswell. 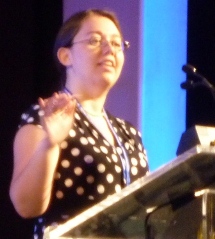 Bethany Kok discussed work in the PEPLab (Positive Emotions and Psychophisiology Lab) at UNC-Chapel Hill on guided emotional imagery, using Loving Kindness Meditation (LKM) to build well-being through positive emotions. She explored the hypothesis that LKM increases positive emotion, which leads to greater mindfulness, purpose, relationships, and self acceptance, which lead to higher life satisfaction. She also explored the question, “Do positive emotions alter body as well as mind?”

People in the meditation condition felt more love than people in the control group, and they showed no signs of habituation. While LKM did increase vagal tone, people with initially high vagal tone had accelerated growth in feelings of love compared to people with lower initial vagal tone measurements.

See the article by Wayne Jencke, Maximizing the Benefits of Positive Emotion, for more information about Bethany Kok’s work. 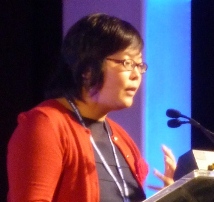 Helen Weng: Can Compassion Be Trained?

Helen Weng described a study with 41 subjects all practicing for 30 minutes a day for two weeks either compassion training or reappraisal training, both delivered over the internet. The control group was thus actively learning something, reducing the placebo effect.

The compassion training consisted of contemplating suffering and then cultivating a wish for freedom from suffering, starting with a loved one, then for oneself, then for a recognized stranger, then for a difficult person, and finally for all beings. The person might say, “May you be free from suffering. May you experience joy and peace.”

Researchers explored the impact using both fMRI and economic behavioral measures. The compassion training group gave more money in a redistribution game and showed greater activation of the dorsolateral prefrontal cortex (the most evolutionarily developed part of the brain) and less activation of the amygdala, which registers the distress response. 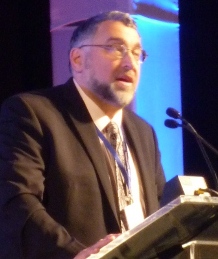 Dr. Clifford Saron of the University of California at Davis discussed the Shamantha Project, in his words, the most extensive study of the impact of meditation on the brain to date.

Sixty participants participated in a wait-list control design, with the wait-list group performing the same retreat at a later date. Participants received training in two complementary meditation practices: the first based on focused attention, mindful breathing, and observation, the second based on qualities of the heart, including loving kindness and compassion meditations. For three months, participants practiced 5 to 10 hours a day on attentional meditation and 30 to 90 minutes per day on qualities of the heart meditation.

According to the summary of the study, “Initial results show that intensive contemplative training sharpens and sustains attention, enhances well-being, and leads to less judgmental, more empathic emotional responding to the suffering of others. Additionally, the training was linked with pro-social emotional behavior and important physiological markers of health.”

Dr. Saron also discussed the impact of meditation on health and overall well-being. One biomarker studied, telomerase, is an enzyme that protects genetic material. Blood samples indicated that telomerase activity was significantly greater in retreat participants than the controls, as described in a paper by Jacobs and colleagues. 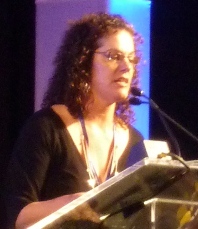 Dr. Erika Rosenberg, also at the University of California at Davis, has studied ways that emotional responses to suffering can be changed. She described compassion as a connection with another, a benevolent motivation to ease suffering, that occurs without being trapped in the experience of another’s suffering.

Compassion training changes the way people respond to the suffering of others: They tend to have less rejection and less tendency to move away, but more sadness.

But sadness, being moved by another person’s suffering, can motivate prosocial behavior. She has studied people watching films of suffering, and the relationship between amount of meditative practice, dynamic changes in facial express, and overall physiology. 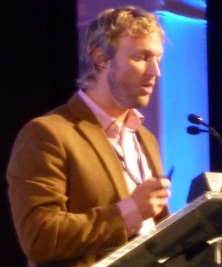 Dr. J. David Creswell at Carnegie Mellon University studies how the mind and brain influence our physical health and performance, including basic questions about stress and coping and how these factors can be modulated through stress reduction interventions.

But in this talk, he discussed clues for decision-making based on work by Ap Dijksterhuis, pondering the questions, “Is unconscious thought occurring? If so, how does the brain unconsciously think?”

Creswell listed 4 stages of decision making: Encoding, Processing, Consolidation, and Retrieval. He suggested that brain areas activated during conscious Encoding remain active unconsciously during subsequent Processing and Consolidation stages. He was able to replicate Dijksterhuis’ findings and show that there was neural activation in the visual cortex and prefrontal cortex during Encoding and that neural reactivation in the right dorsolateral prefrontal cortex predicted subsequent decision scores.

Dr. Davidson closed with the remark, “Delicious!” He noted that 4 out of 5 talked about the effects of training on the way the mind works. Cultivation of positive qualities takes practice, and it helps when people are immersed in an environment in which positive qualities are exemplified. He was happy to see rigorous work with active (rather than passive) control groups, especially after the 2007 report on the clinical efficacy of meditation pointed out the methodological weaknesses of studies, most of which didn’t have active control groups.

Dr. Davidson finished with an observation that not everyone responds to training in the same way. Given that, he raised a challenge to the field, to learn how to match individual differences in affective qualities to the right kind of contemplative practices.

Editor’s Note: This is the sixth article inspired by the 2nd World Congress of the International Positive Psychology Association. Here are all six articles:

Dijksterhuis, A. (2004). Think different: The merits of unconscious thought in preference development and decision making. Journal of Personality and Social Psychology, 87, 586?598.

All pictures were taken by Kaori Uno during the conference and are used with permission.

IPPA Closing Keynote: Now Is the Time to Study Compassion

Kathryn – the statement ” compassion training group gave more money in a redistribution game and showed greater activation of the dorsolateral prefrontal cortex (the most evolutionarily developed part of the brain) and less activation of the amygdala, which registers the distress response.” is really interesting

The control is essentially CBT and meditation was more effective

Why does the Penn resilience program emphasize CBT and exclude meditation

Wayne,
Yes, the control is CBT training, and meditation was more effective — for what they measured.

I’m not sure why there needs to be an either/or, and I’m not an apologist for Penn Resilience training. So I can’t go any further in my comment.

Hey Oz and Kathryn!
I participated in the Penn PRP for a week intensive in 2008. I have not taught PRP, but clearly remember a component of transferring attention. In fact, a basic tool is “calming and focusing.” These strategies included positive imagery, mental games, relaxation, humor, setting time to write, and positive self-talk. Meditation was mentioned as a method, so you can’t really say it was excluded.
Yes meditation and also, positive exercise practices, are very important for our total health and well-being.
Cheers!
Elaine

Elaine the exercises you talk about are in the resilience factor BUT they are from meditation.

Good day Oz,
I’m not sure what you mean?
Cheers, Elaine