Home All Putting the World Back Together Differently
AllChangeRelationshipsSpiritualityStrengths

Putting the World Back Together Differently 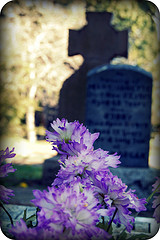 Flowers by a grave courtesy of Hayley Bouchard

It’s Memorial Day, a time to think about people who are gone. When I was researching my recent article about grief, I came across a paper by Lawrence Calhoun, Richard Tedeschi, Arnie Cann, and Emily Hanks at the University of North Carolina at Charlotte, in which they explore the possibility of post-traumatic growth following bereavement.


The authors are careful to remark that the growth doesn’t come from the loss. How could the loss of someone cherished be a good thing? The growth comes from the struggle with the loss.

Posttraumatic growth (which I will sometimes call just growth for convenience from now on) also doesn’t necessarily mean that suffering is diminished. Growth and suffering appear to be statistically relatively independent. They frequently happen concurrently.

When do people experience posttraumatic growth? 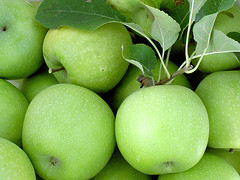 The greater the upset to a person’s assumptive beliefs about the world, the greater the potential for posttraumatic growth. Losing a relative who has had a long full life followed by a debilitating illness doesn’t upset the apple cart nearly as much as losing someone unexpectedly, particularly someone young enough to have a lot of life ahead. Posttraumatic growth is more likely to follow losses that are unexpected and seem unfair. These losses are associated with both more distress and more potential for growth.


Thus growth emerges from struggling with a broken picture of the world, putting it back together in new ways. The authors even state, “… it is the level of disruption of core beliefs which best predicts growth.”

What types of posttraumatic growth are there?

Calhoun and colleagues have identified five domains of growth. A given person will experience different degrees of growth in the five domains. 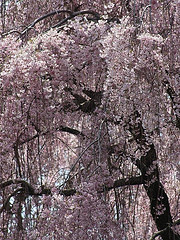 These are the kinds of growth that can follow any kind of trauma. The ones that are most likely to occur following bereavement are the 2nd (changes in relationships), 4th (appreciation for life), and 5th (spirituality).

Posttraumatic growth: What happens inside?

Strangely enough, the authors identify rumination as an important factor. Rumination is often described as an enemy of well-being. But the authors distinguish between intrusive rumination, which forcefully brings negative thoughts back into the attention of the sufferer, and deliberate rumination, which generally focuses on understanding the challenge and trying out different ways of rebuilding a functioning world view. While most people suffer from intrusive rumination right after an event, people who experience growth tend to move on to deliberative rumination.

Finally, it appears that growth is more likely when people are exposed to the cultural idea that growth is possible. If that is the case, then I hope this article may reach someone who hasn’t otherwise thought about growth as a possible outcome of bereavement.

These ideas are being tested.

To test the relationship of these factors to growth, Cassie Lindstrom, Arnie Cann, Lawrence Calhoun, and Richard Tedeschi conducted a study with college students who had been exposed to a highly stressful event within the last 2 years. They used Cann’s Core Beliefs Inventory to explore how much participants had to reassess their assumptions about the world. They used a rumination scale to determine what kinds of rumination occurred in the two weeks right after the event and in two weeks right before the study. They asked people about self-disclosure, whether they discussed with family and friends either negative aspects of the event or possible positive outcomes. They used 7 questions to explore whether posttraumatic growth themes occurred within their proximate and more distant cultural contexts. Finally, they used a Posttraumatic Growth index to determine the degree of growth.

Limitations of the study include a cross-sectional design, so no clear statements can be made about causality or temporal sequence, a population limited to college students in one region of the United States, and new measures for self-disclosure and social context that have not been more generally validated.

Posttraumatic growth is an active area of research.

There appears to be a lot going on in the posttraumatic growth field. For example, I found 10 books related to coping and growth following trauma, a few of which are listed below. As a goal of their review of research on adversarial growth, Alex Linley and Stephen Joseph stated, “There is now a need to establish more clearly the variables that are associated with adversarial growth.” The information in this article comes mostly from the two papers described, both of which reflect the views of Lawrence Calhoun and Richard Tedeschi. I found them interesting ways to view what goes on around us, as death intervenes in life.

I find a very interesting correlation between many of the aspects of post-traumatic growth listed here and what happens in AA and other recovery programs. In the case of alcholics and addicts of course the trauma is self-inflicted, at least to some extent. However, we emphasize that things must get bad enough for denial to no longer be an option (upset core beliefs); self-disclosure focused on positive change is a core component of both working the steps and sharing in meetings; suddenly being surrounded by people who have been what you’ve been through and accomplished real, lasting physical, emotional and spiritual change strongly imprints the possibility that you can too. As I read your newsletter and other positive writers, I am often struck by how wise the founders of AA were 50 years before much of anyone else was focusing on these issues.

Thea,
Great points. Have you seen George Vaillant’s interview about AA? He comments in it, “I’d never seen the General Service Manual before, and to me as a nonalcoholic, it is a great piece of world literature, like the American Constitution. It is a great contribution to human thought.”
Kathryn

I enjoyed your article very much. While reading it I looked ‘between the line’ for links to positive emotions and character strengths, these perhaps being some of the pathways to growth. For example, against the five domains I saw these strengths/emotions:
1. Changes in self-perception: openness, learning
2.Changes in relationships with others: closeness, empathy
3.New possibilities: purpose, challenge, new experiences
4.Appreciation for life: savoring, gratitude, appreciation
5.Existential and/or spiritual growth: spiritual growth, openness, transcendence, perspective

Deliberate rumination seems to be an optimistic and hopeful form of rumination, one in which learning occurs.

Self-disclosure might be helpful in growth because it involves forming stronger bonds with people, thus helping create an environment of support and growth. Even without trauma, how often do we hear of people building stronger bonds simply by opening up to each other?

An interesting topic – thank you!
Amanda

Wow, Amanda,
You did a great job of translation! Thanks for drawing the lines.