Grief is Part of Life 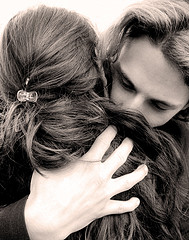 Editor’s Note: Memorial Day weekend is coming up. In the United States, Memorial Day is officially a day for honoring military who lost their lives in active service. But over time, it has become a day for remembering all deceased relatives and friends, whether in the military or not. Today’s article honors Memorial Day by exploring the human experience of grief and mourning. It will be followed on Memorial Day itself with an article about post-traumatic growth that may occur after losing a loved one.

Last year, I wrote about the sudden loss of a friend in a car accident and what I learned about helping the family. Earlier this month, my daughter suffered a similar loss of a very close friend. Let me call him M. She’s known M for more than half of her life. They never lived in the same city, but they visited each other often and had frequent two-hour phone calls in which they talked about everything — they used to call them “phone dates,” even though they were never romantically attached. M came to her high school graduation, so the rest of us had a chance to get to know him. He was a lovely man. There is a rent in the fabric of my life as well as in hers.

I wonder if I’m right that grief tends to be cumulative. It seems that mourning for M brings my grief for my lost friend back to the surface. But it’s not continuous. My daughter worried about whether there was something the matter with her, that she didn’t feel continuously sad, that she could laugh not just about funny memories of M, but also about other things going on in her life. I’m glad I’d read George Bonanno’s book, The Other Side of Sadness, because it reshaped my thoughts about how mourning happens.

First off, there are two common views of mourning that are not supported by empirical evidence. It’s time to let them go.

Isn’t it amazing how firmly entrenched these ideas are in the way we talk about loss? One of the things I like about modern psychology is that it investigates common ideas to help us figure out whether they are common wisdom or common mistakes. 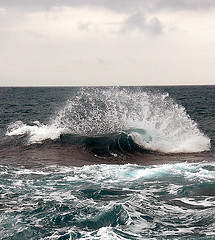 
Bonanno describes mourning as an oscillation between sadness and other emotions, often positive ones including love, humor, curiosity, and awe. That’s my experience. I think of the sadness of grief as waves that rise, crest, and then roll away, sometimes at surprising times and with huge intensity. But in between, I have done a lot of laughing, telling stories, and remembering the quirky marvelous things about the person that is gone.

Emotions, both sad and happy, tend to be very short term. But people have the perception as they experience sadness that it will go on forever. 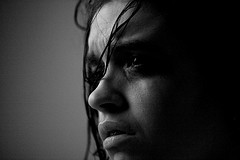 Sadness has a purpose
courtesy of mark sebastian

What Good is Sadness?


What’s the evolutionary utility of sadness? Sadness comes following a loss that we can do nothing about. Sadness turns us inward, slows things down, and gives us a chance to adjust to the new state of the world without the loved one in it. In studies where people are made intentionally sad, they tend to be more accurate about themselves, their abilities, and their performance, and they tend to view others more thoughtfully and with fewer biases. Sadness may feel like living in slow motion.

When we are lost in reflections about what we no longer have, we may forget to take care of ourselves. It may just seem like too much trouble. Dacher Keltner and Bonanno both point out that sadness makes us look sad, which stimulates the people around us to take care of us.

What About Positive Emotions? 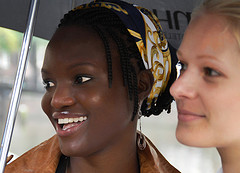 But it’s not just sadness. We have positive emotions as well. We laugh at stories about goofy things our loved ones did, we remember them with love, we discuss their positive qualities with awe, we have new experiences with other mourners that bring positive emotions. People used to think that positive emotions in the face of grief were a sign of denial (one of those Kübler-Ross stages). In their bereavement research, Bonanno and Keltner found that the more people laughed and smiled during the months after losing a spouse, the better their mental health evaluations over two years of bereavement.


Perhaps it’s like coming up for air. Perhaps, also, it lightens the atmosphere around them making it easier for other people to stay by them. So perhaps positive emotions help keep their social connections with others going. As a friend of a bereaved spouse and bereaved parents, I certainly want them to have all the sad time they need. But I also find it a relief when we can laugh together.

So instead of five solid stages, think of grief as an oscillation between sadness and other emotions, often positive. The oscillation can occur frequently over the course of a day. The sadness lets us adjust to the loss. The other emotions allow us to engage with the world around us. 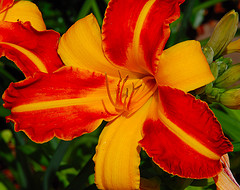 What are the Signs of Resilience?


Bonanno found that there is no single pattern that explains why some people are resilient in the face of loss and others aren’t. He did observe two things:

My first thought about the loss of M was that a hole had been torn in the human fabric now that this bright, warm, gentle person no longer exists. But there’s also a reweaving that goes on. Friends came to the Memorial Service that hadn’t seen the family for 10 years. My daughter was feeling the loss of her phone dates with M when another friend offered to keep such calls going. Will it be the same? No. But perhaps there will be a new relationship that will enrich both their lives. Besides, they will be able to help each other keep reigniting the memories of M.

Bonanno, G. (2010). The Other Side of Sadness: What the New Science of Bereavement Tells Us About Life After Loss. Basic Books.

George Bonanno on the value of grief and grieving

One of your most poetic articles…

I am so glad when new research shows that previous theories or research were not as accurate as once thought. I am so glad when that happens because then it opens up our eyes to new ways of experiencing the world.

Grief is such a dark time. And my hunch is that grief also has a relationship to feelings of non-control and helplessness. And just to be able to know that a variety of feelings are “normal” is intriguing. And just to be able to have more control over a single day by welcoming both sadness and warm remembrances is refreshing. Especially when many of us have heard for years about those two theories that you write about saying goodbye to.

I read this 3 times, there was so much exquisitely relevant data and love to assimilate with empathy and compassion. Heartfelt love to your daughter and to you, Kathryn, for always going the extra mile to inspire. You are a credit to positive psychology and the whole world.

Senia,
Bonanno connects sadness to experiencing a loss that you can do nothing about — which does connect to loss of control and helplessness. I’ve had the experience more than once of thinking of something to say to a loved one and then remembering all over again that I’ll never be able to speak to him or her again. After my father died, my mother said it took her months to wake up already knowing that he was gone. Before that, she’d experience the shock of the loss all over again as she woke up.

Judy, Thank you for the flower. I guess writing is one of my ways of coping – something to do with my sadness. I’m glad you find it helpful.

I loved this piece Kathryn. Beautifully written. Thanks.

Thank you, Kathryn, for lighting a path that is often dark. This normalizes the unexpected, the uncertain, the fragile parts of loss and just allows us to just be.

I too enjoyed this article. Lots of very relevant pieces of wisdom in there that feel “so true”:
– Grief is necessary and time-consuming.
– Sadness can be good.
– Sadness feels like living in slow-motion.
– It makes us forget to take care of ourselves.
– Positive emotions feel like coming up for air.

Through these recent losses of yours Kathryn, you’ve certainly gained an incredibly deep and accurate sense of what this whole process is about. Your article can be a great resource for anyone losing a loved one and wondering if what she/he is feeling is “normal” – another question that comes up quite often when we grieve (like the daughter of the friend you lost last year did).

Congrats on a beautifully written and very useful article, and all the best to your daughter and her new phone dates…

This is a beautiful article. Marie-Josee made the comment that “sadness can be good” –a point that is often debated. I agree with her. This article made me feel so sad, but I savored every minute of sharing that feeling with you.

Thank you, Stella and Bridget! I value your responses.

Jeremy and Marie-Josee, I have to think hard about the words, “Sadness is good.” Sadness seems to be necessary and useful. As you both indicate, it can bring people closer together as they share the experience of sadness, perhaps as you are, sharing my sadness for a person you didn’t even know. There is also a bittersweet pleasure in vicarious sadness — why else would people choose to read sad books and see sad movies? Interesting! Lots here still to learn.
Kathryn