High Status, Low Status: What Difference Does it Make?

What difference does status make in the way we work together? How does it affect performance? Is there anything we can do about it, or are status differences just part of what it means to be human? 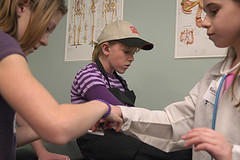 Back when my children were in elementary school, group projects were common. Like many of my friends, I often felt that my kids ended up doing most of the work and that some of their teammates were free-loading.


In the late 1990s when I was introduced to the work of Elizabeth Cohen and Rachel Lotan, education professors at Stanford, my point of view changed dramatically. I started to see that high-status children may do more of the work because they have low expectations of their low status peers. In the process, high-status students may be closing low-status students out of the opportunity to participate and learn. According to Cohen and Lotan, “Those who talk more, learn more.” 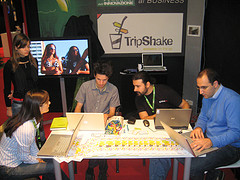 What About Status in the Workplace?.

The problem addressed by Cohen and Lotan is not how to treat all children as if they had the same abilities, but instead how to make the discovery of who has what abilities more accurate, less distorted by status distinctions.

The same problem exists in work teams. Stuart Bunderson at Washington University has studied how groups determine who has what kind of expertise. Groups tend to perform better when people identify the location of different kinds of expertise accurately.

Studies show that people are not always good at identifying the most expert members in a particular area, often assuming incorrectly that the most dominant and assertive members are most expert. In other words, status perceptions impact the expectations that people have of themselves and others.

Stuart Bunderson performed his research with a large number of production teams in a large IT company. He looked at a number of factors including

In the course of my career as a software engineer, I’ve had numerous experiences as both a low-status member of a group and as a high-status member. Same person, presumably the same expertise, different results.

When I was a low-status member, my participation was minimal. I mentally rehearsed what I was going to say until often the opportunity to say it had gone by. I didn’t expect people to care what I thought. I often sat through meetings in a state of profound misery, wondering whether I was earning my paycheck.

When I was a high-status member of a group, I spoke easily and often. What I said was taken seriously, sometimes almost too seriously. I’ve seen very high-status people make off-the-cuff remarks that they promptly forgot, even though other people saw them as firm instructions.


High-status members of a work group might find that they get greater participation from all members if they use versions of the status interventions described by Cohen and Lotan or were aware of the findings of Bunderson.

I can picture myself back in my low status days. Perhaps if someone had asked me for my thoughts and then waited for me to speak, I might have felt more able to participate and the company would have gotten more benefit from my particular expertise.

Bibilography of articles at Stanford Education

Thye, S. R., Willer, D., and Marcovsky, B. (2006). From Status to Power: New Models at the Intersection of Two Theories. Social Forces, 84 (3), 1471-1495. I didn’t have space to describe this article, but it does include a good overview of Status Characteristics Theory, and it explores the link between status and power, a topic I may come back to.

The Positive Psychology Movie Awards for 2010

Great article Kathryn – makes me wonder: are there ways to accelerate a team’s development so that they can learn specific cues faster? For example, when I work with a team, there are a series of exercises that I take them through so they learn each other’s strengths, skills and successes. Maybe this would help minimize the status cues (who talks more and louder) and introduce more specific awareness of expertise?
All the best!
Lisa

Lisa,
Indeed, I think there are lots of things that could be done during team building to make people more aware of who has what expertise, to reduce status differences so that more people speak up, and to decentralize decision making so that everybody feels accountable for the outcome.

I’m reading Atul Gawande’s book, The Checklist Manifesto, right now. He talks about using checklists to help teams of people be more reliable, for example, checklists that surgical teams use to make sure they’ve done all the right steps before starting surgery. Some of the steps in his checklists are there to increase communication among team members so everybody knows what’s going — and anybody can speak up about an issue that might affect the surgical outcome. In fact, he’s found that having people on the team take a moment to introduce themselves to each other makes a big difference: “I’m Joe Smith, the consulting surgeon.” “I’m Jane Smiley, the anesthesiologist.” “I’m Jon Jones, the scrub nurse.” I think perhaps everybody taking time to share name and role has a status-leveling effect.

PS I love the way Gawande writes. See also my review of his book, Better.

Hi,
I want develop a web page in spanish for grow up people strengths and skills. What do you recommend to me for about ciber exercicies to develop on line?

Reflecting on this article, I think that one characteristic of effective people I have worked with is this ability to recognize expertise in the team. They don’t just seek an answer to the immediate question. They think about who has relevant expertise, and then bring it to the front so that everyone can see it.