Labor Day and a Case for Non-zero-sum Labor Relations

Labor Day is a holiday in the United States to honor the contributions of working people. 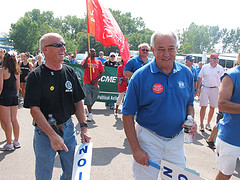 So let me celebrate it today with reflections about the relationship between worker and company. This relationship can be a zero-sum game, where employee demands for shorter hours, higher wages, better benefits, and safer working conditions are viewed as nothing but costs to the company. That’s in the history of Labor Day. In 1893, a financial crisis resulted in a drop in railroad travel, resulting in the railroads dropping wages (without dropping rents for company houses). The Pullman Railroad strike was put down by the U.S. military with 30 deaths among workers. Just a few days later, the legislation that established Labor Day as a national holiday was rushed through Congress as a reconciliation gesture.

The relationship between worker and company is still often zero-sum. But it doesn’t have to be. In fact, there are instances that show that companies that build strong relationships with employees have greater ability to bounce back from adversity than those that don’t. In non-zero-sum relationships, employee well-being and engagement are considered vital contributions to company success.

Researchers Gittel, Cameron, Lim, and Rivas have a very thorough analysis of the airlines following the crisis of September 11, 2001. Nobody wanted to fly in the United States, particularly not for short hops where we could just as well drive. USAir and Southwest both majored in short hops. Both were hit hard. But they took very different paths.

Before the crisis, Southwest had the lowest unit costs in the industry, at least partly attributable to low conflict levels with workers. USAir had the highest unit costs. Both had high levels of unionization.

Right after 9/11, USAir laid off 24% of its workforce, the highest level of layoffs in the industry at the time. USAir invoked “force majeure” elements in contracts to get out of obligations to unions and to eliminate flights. Employees felt that the company was not just responding to the crisis, but also trying to take advantage of it. This damaged their trust in company leadership. 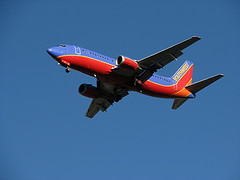 Southwest took a different approach, losing significant money in the short term to avoid layoffs. According to Southwest’s CEO Jim Parker, “We are willing to suffer some damage, even to our stock price, to protect the jobs of our people.” Southwest already had good relationships with employees, demonstrated by its history of reaching contractual agreements with its unions faster than other airlines.

Look at the current state of the two airlines. I always fly Southwest if I can, and I’m not sure whether USAir still exists. According to Gittel and colleagues, in 2006, Southwest Airlines had the fastest recovery from 9/11, with a stock price of 92% of its pre-9/11 level, while USAir had one of the slowest with a stock price 23% of its pre-9/11 level.

Perhaps layoffs are still necessary in stressful times, as we see all around us. Southwest was unusual in its financial reserves, having low levels of debt and the lowest unit costs in the industry. But in the midst of layoffs, do people feel it is a regrettable necessity, or do they feel taken advantage of, like the USAir workers? Do they trust their leaders? Does leadership understand that positive relationships at work—or relational reserves—are a prerequisite for organizational resilience?

Many of today’s workers are in a state called rational endurance in a Towers Perrin report. In this state, people logically tie their own self interests to the state of the business. When difficult and turbulent times come, they grit their teeth and bear it. A work force characterized by rational endurance may work hard out of fear of what they can lose, but they generally falls short of the energy that engaged workers willingly invest out of personal ownership and inspiration. In a state of rational endurance, people know that they depend on the company, but they often don’t feel that the company depends on them.

In contrast, a recent study of employee engagement in the UK concludes that significant advances in competitive advantage can be gained by establishing circumstances that support high levels of employee engagement. Here are some of the numbers in their report (which is also full of interesting case studies):

The way employers treat employees has a direct effect on how employees treat customers. Customers vote with their feet. Quality customer and employee interactions are the lifeblood of any business and provide brand loyalty and advocacy. Paraphrased, Jonathan Austin, Best Companies.

This is just one step in establishing the business case for non-zero-sum relationships where employee engagement is seen as a major contribution to company productivity. There are other arguments, for example by Baer and Frese, who examined the effect of workplace climate on the success of process innovations:

The need to develop organizational climates in which the people participating in the change process feel safe in taking interpersonal risks, are encouraged to propose new ideas, openly discuss problems and proactively approach work is easily neglected, leading many technically driven implementation attempts to failure.

Includes definitions of employee engagement, the evidence for it, barriers, enablers, and recommendations.

Just under a fifth of our total respondent group — a disturbingly small percentage — are highly engaged, freely giving that extra effort on an ongoing basis. An equal number are disengaged, meaning they probably have “checked out” from their work, as so many employers fear. The remainder — roughly two-thirds of our sample — are “moderately” engaged at best. p. 1.