I started first grade in a segregated whites-only school in North Carolina. By the time I was in high school, schools were integrated. We welcomed an exchange student from Argentina. During the first part of my working years, I had colleagues with green cards from Russia, Hong Kong, India, and Taiwan. Towards the end of my information technology career, I worked with teams in Germany, Poland, Japan, China and Australia. It was difficult to schedule phone meetings. In my work now, I have close email and Skype relationships with people in Australia, Mexico, Canada, England, Switzerland, Malaysia, Denmark, and China.

As my short sketch illustrates, I’ve seen a vast increase in the breadth and complexity of social integration in my lifetime. In his book, Nonzero, Robert Wright traces this integration to ongoing evolution of non-zero-sumness leading to greater interdependence and greater social complexity. Non-zero-sum is a term from game theory that means having overlapping interests as opposed to the competing interests of zero-sum games. A tennis match is a zero-sum game where only one side can win. In a non-zero-sum game, either both win (positive game) or both lose (negative game).

Wright attributes greater social integration to technologies that pull us together and to common threats that push us together.

We are pulled together as we create technologies that produce energy, including the food that fuels our bodies, more reliably but require many people to conduct. These technologies started simple – for example the Shoshone rabbit nets that brought otherwise independent hunters together periodically to trap a major food source. Nowadays they are very complex, involving world-wide networks of producers, middle-men, processors, and consumers who never meet each other. How many people were involved in the production, packaging, transport, and merchandizing of the food we ate last night?

Wright describes some factors that lead to social integration – including the need to spread risks, divide up labor efficiently, manage our use of scarce resources such as water, and avoid overexploiting fish populations and arable land (p. 338). 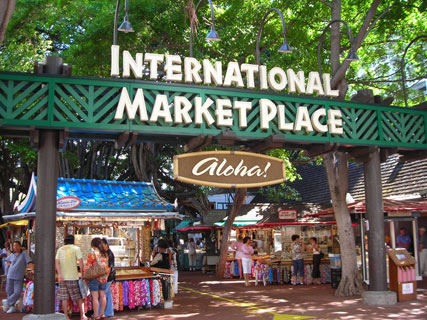 The two main problems that have to be solved to form such a web are communication and trust. We have seen vast changes in the communication reach of ordinary people in my lifetime. We used to write letters to a few people we knew well. Now I communicate routinely with people all over the world, including people I’ve never met who read my blog. The need for trust has led to governing structures that have become increasingly interconnected.

We are pushed together by the need to deal with common threats. Over history these threats have often been warfare, invasion, and piracy. Threats are related to our economic interconnection. Wright argues that “disruptions in trade spurred the evolution of governance” (p. 121). He claims that war contains the seeds of its own demise, quoting Herbert Spencer, “From war has been gained all that it had to give…” (p. 238). I believe that we face common threats now – for example global warming – that will take global cooperation to address effectively.

Let me end by saying humbly that Robert Wright’s arguments are far more interesting, colorful, and complex than I can capture here. Greed and lust for power are not ignored, and in fact play a role in the evolution of social complexity. Yet there is such a hopeful message about the test we are now facing to our moral imagination.

“So how will we do on this test? Judging by history, the current turbulence will eventually yield to an era of relative stability, an era when global political, economic, and social structures have largely tamed the new form of chaos. The world will reach a new equilibrium, at a level of organization higher than any past equilibrium. And the period we are now entering will, in retrospect, look like the storm before the calm” (p. 9).

Will it? It depends on all of us. “All told, our menu of options is rich, ranging from self-annihilation to graceful adaptation” (p. 10).

Wright, R. (2006). Robert Wright on TED Talks. “We are going to have to see a major round of moral progress in the world.”

Clinton, W. (2001). Remarks on Nonzero. Speech as the Dayton Peace Accords Anniversary. I love this speech.

Food on the table – http://www.taiwanfun.com/pics/0807/taiwanfun/NONZERO001.jpg

Cover of Moral Imagination is from Amazon.com: Akmal MizshakaroI painted the image found on the cover of this book following the tragic events unleashed in New York and Washington D.C., on September 11, 2001.

Thank you for this article Kathryn. Nonzero has been on my shortlist of books to read for quite some time. Your article bumped it up a notch.

It was on my shortlist for a long time after MAPP, but I was very glad when I made my way through it. I just wish I’d read with a highlighter, because some points were hard to find again.

I just have to give myself credit for following the no-politics policy in this of all weeks. It wasn’t easy!
Kathryn

Leave a Reply to Kathryn Britton