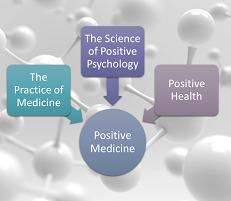 Dr. Kathi Norman, MAPP '17, is a physician assistant, international speaker, and founder of Positive Medicine. Her passion is the marriage of medicine and positive health including both sustaining the well-being of health-care providers and developing optimism and other positive health traits in her patients. Kathi has studied healthcare law, global medicine and healthcare administration completing her doctorate in medical science. Website. LinkedIn Profile. Kathi's articles for Positive Psychology News are here. 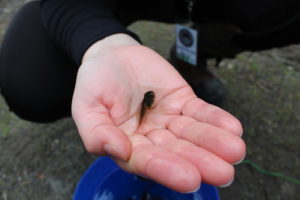 By the time I turned ten years old, I had taken up residence on my concrete driveway with my microscope and dissecting kit dicing out many a lifeless frog’s anatomy. Sometimes it was a tadpole or a toad who received the post-mortem autopsy. The internet was not available, so I used my family’s Collier’s Encyclopedia to identify various structures and to understand what organs, vessels, and tissue underlie skin. One day a neighbor boy was skinning a squirrel. I asked him to dissect out the brain, not knowing that there was a hard bone called the skull that stood in the way of my anatomy lesson. He obliged, and in his attempt to show the neighborhood anatomist a squirrel brain, he ended up cutting his own thumb so badly it required stitches. I took advantage of his open wound to study the muscles of the thumb and shiny white tendinous sheaths.

The need to understand the human condition guided me into the practice of medicine as a physician assistant. Quickly though I realized that patients needed more than medicine. They needed hope, forgiveness, meaning, purpose, and above all, a hefty improvement in optimism. At the same time, I witnessed an incongruity in provider happiness. It was obvious that some physicians were much happier than others. But what was the difference and how could someone so accomplished not be perfectly happy? This article will take us through a brief history of medicine and how positive health emerged from positive psychology eventually leading to the concept of positive medicine. The story provides insight to why medicine has been resistant to embracing positive psychology. 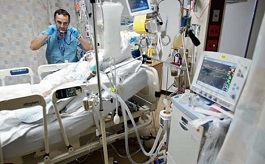 Respiratory Therapist in the ICU

By 25 years old, I was caring for patients in intensive care units (ICU) weaving myself through IV lines, feeding tubes, cardiac wires, and the ventilator tubing of very sick people. Medicine is my calling. In a single shift, I could go into and out of flow (moments of intense focus and great concentration) many times. But it has always been clear that medicine needed more. As I honed my medical skills, my thoughts returned often to how to improve the general well-being of patients. I witnessed the profuse occurrence of unhappy medical providers worsening.

Those that practice medicine are known to be dismissive of new ideas and concepts not well researched. Many times, they are dismissive even with well researched new ideas and concepts. I knew that what I would bring to the medical table would need to be evidence-based and scientific. Even so, moving medicine to focus on the provider’s benefit has been much harder than I expected.

There is no easy answer for how or when medicine originated. It is suspected that early Homo Sapiens were able to reason logically, suggesting that they must have experimented with nature in order to see how it could benefit them. For example, prehistoric man might have used berries, herbs, or roots, testing by trial and error to see if they were advantageous.

Hippocrates, known to most as The Father of Medicine, was born in Kos, Greece in 406 BC. Hippocrates prescribed modifications in lifestyle such as diet and exercise to treat diseases such as diabetes. His approach resembles what is now called lifestyle medicine. However, medicine had been around for over two thousand years before his birth. 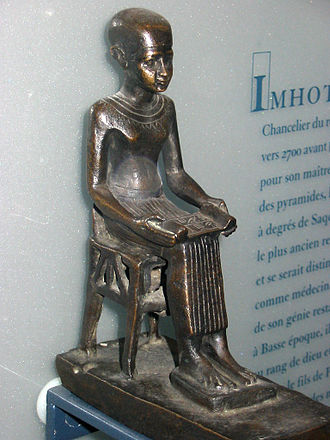 Statuette of Imhotep in Louvre

In Ancient Egypt, medicine existed dating back to the days of Imhotep, the Vizier of Djoser during the 27th century B.C. Sir William Osler, known as the Father of Modern Medicine, noted that Imhotep was the true Father of Medicine. The ancient Egyptians were known to explore more natural causes of disease shirking prior concepts of magic in medical practice. Imhotep is credited with describing over 200 diseases and their treatment.

William Osler, a Canadian born internist, is known for revolutionizing medical education by taking it out of the classroom to the patient’s bedside. Osler took every chance he could during his early years in medicine to do an autopsy. His research was conducted chiefly in the postmortem room. Based on a coin toss, Osler chose to occupy the chair of clinical medicine at the University of Pennsylvania from 1884 to 1888, then went on to be instrumental in the creation of Johns Hopkins School of Medicine.

Many events and discoveries affected the history and progress of medicine. In 1910, The Flexner Report, a book length report about the need for revamping and centralizing medical institutions, resulted in the establishment of the biomedical model as the gold standard for medical training. Schools would enact higher admission and graduation standards and adhere strictly to mainstream science in teaching and research. 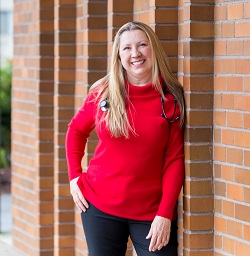 What is Positive Medicine?

At one time, physicians and others frequently and comfortably referred to the art of medicine. Positive Medicine is the science of positive psychology in relation to the practice of medicine artfully used. The goal is optimal health, both of patients and physicians including both physical vitality and psychological well-being.

Positive psychology studies and builds what makes life most worth living.

Positive health followed positive psychology. In 2007, Martin Seligman was asked by the Robert Wood Johnson Foundation, the leading American medical research funder, to explore factors that influence health. Admiring the work done by Seligman on mental health through positive psychology, the funder asked him to address the question, “What is physical health?” Positive health was born. Positive health uses robust research to identify health assets by finding factors that predict health and illness beyond conventional risk factors. Positive health is in line with the World Health Organization description of health as “a state of complete physical, mental and social well-being and not merely the absence of disease or infirmity.”

Many researchers were brought together to begin empirically studying 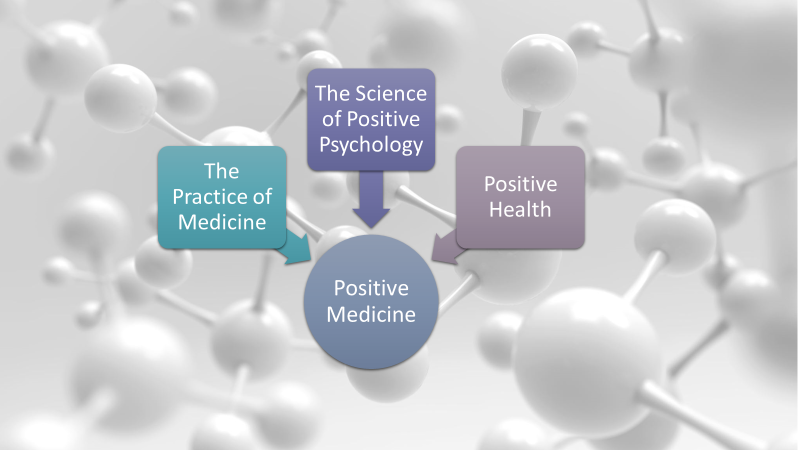 Positive Medicine arising from the confluence of Positive Health, Positive Psychology, and the Practice of Medicine

Positive psychology came to my attention long before I started my MAPP degree in 2016 and has not left my side since then. Positive psychology is evidence-based. As I knew it would, positive psychology has had a slow start infiltrating medicine mostly because of it is hard to gain the buy-in of the medical providers. In the last year though, there has been an explosion in sprouting wellness programs in medical institutions. Medical education is paying attention, and preventative medicine is finally taking off.

In 1944, Dr. Burwell, the Dean at Harvard Medical School said in an address to students, “Half of what we are going to teach you is wrong, and half of it is right. Our problem is that we don’t know which half is which.” Medicine is both an art and a science. The art of medicine is the skill of listening and adapting evidence-based medicine to individuals. The communal and cultural influences that distort the ethos of medical practice are complex. It is time for medicine and positive psychology to marry, which I believe will help us circle back to the art as well as the science of healing.

Positive medicine is an approach to wellness in which medical professionals use the science of positive psychology in medical practice for both themselves and their patients. Studies have revealed that not only are physical, mental, and social well-being important components for total health, but they are tightly interrelated. The evidence also shows that a happy, engaged, and fulfilling psychological and social life is not just a consequence of good health. It leads people to live a healthy and long life. Medical providers, patients and their families need positive medicine.

Image credits
Tadpole in hand courtesy of usfs_pnwrs from Flickr via Compfight with Creative commons licensecc
Respiratory Therapist in the ICU By Rcp.basheer – Own work, CC BY-SA 3.0 — in Wikimedia
Statuette of Imhotep in the Louvre from Wikimedia

Hi Katie. Great post. Thanks for the introduction to positive medicine. My first time heard it. I heard a positive thing about psychedelic drugs. What do you think about it?