Thinking about Thinking and Acting: Journey to Self-Regulation Part 2

“I can resist anything but temptation.” Oscar Wilde 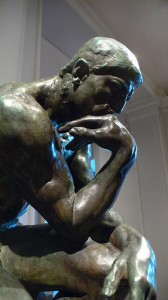 Last month, in Part 1 of a Journey to Self-Regulation, the focus was on the influence of character on behavior. Six Ways to Eat a Potato Chip provided one view of how people develop habits that help them control their urges. We are fallible and imperfect beings, but many of us have aspirations for character excellence. However, there is another interesting way to look at self-regulation that addresses the power of the environment, regardless of how virtuous a person might be.

The Email from the Netherworld
Several months ago, I met with a 12th grade student who found himself in deep trouble over an egregious email blitz he had sent out. The email was highly offensive, and many upset recipients informed the school administrators of the malfeasance. Needless to say we were quite bothered by the fact that this young man, who generally was known as an extremely virtuous person, possessing a consistent strength of will bordering on character excellence, would do such a thing. My first response to him was: “What were you thinking when you did that?” His sincere reply was, “I don’t know.” He was ashamed and couldn’t believe that he had done it.

So, was this young man consciously aware of the rationality of his poor choice? In the late 1920’s, Hugh Hartshorne and Mark May studied thousands of school children to determine whether they would lie, cheat or steal. Regardless of their level of character, personality, and ability to reason, the results showed that the inclination to act dishonestly was basically a function of the situation.

Character and the Environment
Kwame Appiah, a professor at Princeton University and the author of Experiments in Ethics, has seen a melding of philosophy and psychology in the analysis of ethical choices. For years, virtue ethicists focused on the power of character to influence knowing, being, and doing, while social and behavioral psychologists addressed how we cognitively connect the rationality of our thoughts with our actions. In his book, he suggests that the two camps are coming closer together, forming an understanding of the influence of both viewpoints. 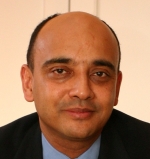 “We cannot content ourselves with the claim that a given bundle of attitudes solves a social coordination problem – that is, from some objective point of view, adaptive. That’s a possible standard for a heuristic, but it is not moral in nature.” (p. 117)

Appiah suggests that a moral decision can be nudged even by the sweet smell of the bakery that she just left in the morning. The environment influences decisions. Richard Thaler and Cass Sunstein, the authors of Nudge: Improving Decisions About Health, Wealth, and Happiness, claim that there are two different cognitive systems going on when we are challenged with decisions. The two systems are very different, as shown in the table below. For example, automatic processing happens very fast, creating split-second decisions that are very influenced by the environment. In our student’s situation, this was surely the case. Pressing the send button was automatic processing in action.

Our automatic and reflective systems are interactive – they work in conjunction with each other. It is impossible to go through an entire day being only reflective. We would become paralyzed with the inability to make even small choices – second and third guessing ourselves. But, if we can learn to send some of our original cognitions to our reflective system, instead of to the automatic system, then we may be wiser for it all.

Maybe we can learn from what Gilbert Harman says in My Virtue Situation:

“To the extent that we are interested in improving the lot of mankind it is better to put less emphasis on moral education and on building character and more emphasis on trying to arrange social institutions so that human beings are not placed in situations in which they will act badly.”

I don’t believe we need to place less importance on building character because people grow through trial and error experiences in social institutions. But perhaps we can help people understand that they have two systems and help them build stronger connections between them.

Leming, J. S. (1997). Research and practice in character education: A historical perspective. In A. Molnar (Ed.), The Construction of Children’s Character (National Society for the Study of Education Yearbooks), (pp. 31-44). Chicago: University of Illinois Press. (Hartshorne and May’s work is discussed here)

The Power of a Shared and Valued Purpose: Interface, Inc.

John,
I’m curious about the situation you described in your post. What was “the sweet smell of the bakery” for your 12th grader? How did you help him learn from the situation he found himself in? As you mention, lots of decisions have to be made by the automatic system because it is fast, works on lots of things in parallel — the rational side would be overwhelmed with its slow serial processing. Trying to imagine what you did, I wonder if you somehow helped the student find better cues for calling on the rational system?

Kathryn: The sweet smell of the bakery isn’t related to the specific cue that the student received, but is mentioned by Appiah in Experiments in Ethics. My hope is that my conversation with the student made him more aware of the dual processing.