How an adult responds to, and forgives, a child or adolescent  has lasting consequences. A constructive style of responding can foster self-forgiveness and learning in a young person, while a reactionary style can foster guilt, shame, and avoidance.

When a young person has “violated the rights” of an adult, there is interesting phenomena that happens. The fear, shame and guilt associated with a young person who asks a significant adult for forgiveness sometimes provides the motivation to prevent a similar transgression from happening again. However, even a heartfelt apology to the parent or  teacher, followed by adult forgiveness  can result in a lingering case of a lack of self-forgiveness in the child.

Self-Forgiveness in the Classroom 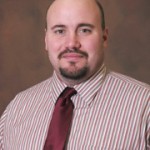 Kevin Danti, a 9th grade humanities teacher at the Culver Academies in Indiana provides a cogent example of the role that adults can play in fostering self-forgiveness in youth. Kevin builds close relationships with his students during the year. One morning,  seven students showed up for class who were not prepared to make their scheduled powerpoint presentations, even though Kevin had reminded the students about the assignment several times during the week:

Upon seeing that half my class was unprepared, I felt they had betrayed me. My first reaction was disappointment, with an undertone of anger. The mood of the class went from upbeat to down instantly. I knew those students were empathizing with me. They were feeling my disappointment and emotion because I could see it in their faces, and they were punishing themselves instantaneously as they just sat in silence and hung their heads. They didn’t make eye contact with me. They were not blaming anybody but themselves, because they felt my disappointment. They were not making excuses and were not trying to rationalize anything. They wanted to empathize with me because I had already created an atmosphere of close relationship with them – one that I value and they value. I caught myself, and said to them, ‘I understand that there were different factors that contribute to the lack of preparedness. I really appreciate the honesty when I asked if you were prepared, but will still hold you accountable to the process.’ The whole mood immediately changed in the class. Everything turned upbeat.

As adult mentors we can help young people by being mindful of the nexus where our disappointment can promote  self-forgiveness or self-loathing in youth. And we can help them be more internally directed in those moments. When Kevin caught himself reacting to his students, he acknowledged his disappointment and then provided a pathway to self-forgiveness. He was able to help them re-frame their thinking to: “You know what, I messed up. I understand why I messed up, and I am going to try and not do that again. But I am ok with it. I am going to make amends.”

Through awareness about their style of response to a young person’s transgression, adults can provide a better climate for self-forgiveness that isn’t confounded by fear, guilt and shame. The magnitude, frequency, and intensity of the adult response should be measured so that the young person’s empathy for the offended adult doesn’t rise to the level that they are flooded with negative emotions. When this destructive flooding happens consistently, young people tend to project blame and start using excuses to avoid accountability and honesty. Without self-forgiveness they may assign responsibility elsewhere because they want to avoid the bad feelings. So they will start creating unfounded realities about the teacher, or the assignment. This removes them from culpability, and prevents learning and reconciliation.

Fear, shame and guilt can sometimes help young people understand the nature of their transgressions. However, the empathy a child feels for an angry or disappointed adult should not override the need to self-forgive.

John,
Interesting! Kevin held the young people accountable but still showed them a constructive way to deal with the failure. I think modeling appropriate ways to deal with failure is an important part of mentoring … and teaching. Thanks for sharing the story.

One thing I’d like to hear more of is how to teach self-forgiveness and self compassion to youth.

In one post on my blog I describe research that shows how to foster self compassion through a writing exercise. This is something that could be done in schools.