The Coach as Servant Leader – Success on the Athletic Field 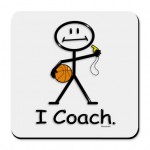 Although sports mean different things to different people, most theorists and enthusiasts would agree that physical activity and sport participation can be intrinsically valuable. We learn the joy of movement and the challenge of taking risks. We learn something about our limitations as well as our strengths. We learn to work cooperatively toward a common goal. We build our communication skills. We develop or reinforce confidence, trust and humility. And if we weren’t very confident, trustworthy, and humble before we started playing, maybe we learned a little about these qualities on the field.

First seek to serve, then to lead. Robert Greenleaf, Center for Servant Leadership

In his dissertation, Mark Boyea, the former athletic director at The Montclair Kimberley Academy in New Jersey, claims that for every 100 different coaches, there are 100 different styles. However, successful coaches seem to possess the following four traits: (1) purpose, (2) competence in teaching technical and strategic skills, (3) the ability to relate positively to athletes, and (4) a well-formed character.

Here are the four traits in a bit more detail:
Purpose – Vision

Do parents, athletic directors, and athletes feel confident that there can be a quality experience when coaches don’t have a clear sense of purpose, are not confident in the transfer of skills, do not genuinely care about the athletes, and have a reputation as a moral leper?

Dom Starsia, from the University of Virginia, is one of the most respected college lacrosse 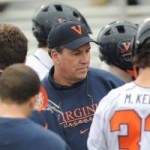 coaches in the country. He aspires to ideals of the four traits mentioned above. He is a servant leader to his players. In addition to his responsibility to derive mastery and performance characteristics, he seeks first to serve his players – to make sure the needs of players are taken care of so they can perform as well as possible and enjoy the process.

Dom sent a pre-season letter to his 2003 team, pointing out what really matters most to attain success in the Virginia program. He wrote about having “one goal” in mind for the whole team, since many games are decided by “one goal.” Coach Starsia mentioned that he has typically been a “hands-off coach” with off-field behavior. However, he began to realize that it was indeed influencing the success of the Virginia team, so he began to address it. He wanted to appeal to his players’ sense of connection to each other. The following is a sampling of his letter:

I have often said that the difference in play between two teams in a one-goal game is so disproportionate to how the two teams feel about themselves upon the game’s conclusion. What is the difference in play between the two teams? Sixty minutes, or more, of lacrosse, all those groundballs, those individual battles, deflecting a pass, making a save, etc., and, one final shot determines the outcome.

The top programs attain (and maintain) their status because they believe in the philosophy of the program – style of play, standard of behavior on and off the field, respect for each other, practice environment, etc. In turn, a player on one of these top teams is already one of the very best college players in the country. So, how does someone at this level improve, how does a program at this level improve itself, how do you improve your chances of having the winning result in one of these close games? WORK HARDER!, sure – but limited number of hours in the day and everyone “works hard” . . . WORK BETTER!, definitely, always modifying the lifts, adjusting practice, trying to improve the individual workouts, thinking of creative ways to improve our business. We spend most of our time with this one. What I am certain of is that as you move toward the top, greater effort is required for any improved results. This is not meant to discourage – the rewards at the top are also much more meaningful.
Dom Starsia – UVA Lacrosse – December 2002

Dom’s letter nudged his team to commit to excellence. They eventually won the 2003 national championship.

James Kouzes and Barry Posner in The Leadership Challenge state that leadership is “the art of mobilizing others to want to struggle for shared aspirations.” Modern day leaders “don’t command and control; they serve and support.” Kouzes and Posner stress the importance of motivating people to want to work for shared goals. The authors believe that mandating followership is not nearly as effective as creating a vision of success, sharing that vision, and encouraging, rather than directing, people to embrace it. Today’s coaches must realize that authority is only as important as the respect that comes with it. Embracing this model will result in stronger leadership, more loyalty, and greater satisfaction for coaches and their players.

Picture of Dom Starsia from Pete Emerson of the University of Virginia Media Relations from the article about Starsia’s election to the Lacrosse Hall of Fame.

Your Email Subscription to PPND

For Men Only: Two Secrets about Women that Can Transform Your Relationship