Relationships Matter in Our Schools

“We must look for what is good in an organization before we move forward. Where the organization wants to be is based on higher moments of where they have been.” David Cooperrider and Diana Whitney

Schools are complex environments with many factors and relationships, as well as people with different values, purposes, and ways of making meaning.

When affirming past and present strengths, appreciative people are open to potential and possibilities. This leads parents, teachers, administrators, and students toward a shared strengths-based model that opens dialogue and further inquiry.

Appreciative Inquiry is made up of four component parts:

Example 1: Nancy McKinnis, a leadership instructor at Culver Girls Academy, wanted her juniors to formulate a vision for following year when they would be senior leaders. Instead of asking them to identify the problems they needed to fix, she had asked them reflective discovery questions such as “When have you felt best about the dorm?” Nancy observed that by celebrating the best of who they are, students could better dream, building their vision of what the dorm and its residents could be like. Within their goals and objectives existed solutions to the very adversities that would have previously been defined as problems. In fact the students came up with similar goals to the ones adults were already thinking about. 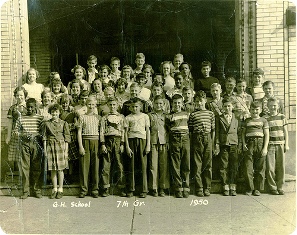 Example 2: I was asked by the superintendent of a north central Indiana public school to facilitate a modified AI process with his administrative team. The A-team was made up of members of the school committee, the elementary and junior/senior high school principals, athletic director, transportation director, custodial-facilities, chief financial officer, and director of technology. We had some productive discovery conversation about their strengths-of-action (Strengths Finder 2.0). In fact, two school committee members had an epiphany when they realized how one’s strength of “competition” appealed, or didn’t appeal to the other’s “harmony” when dealing with hot-button issues.

We were in the design state of setting a goal of “upgrading facilities.” Several participants echoed concerns that realizing this goal may be difficult because it requires asking for taxpayer’s money from residents who haven’t had children in the system for years. A pause came across the group, and after what seemed to be an eternity, one of the school committee members, who had been relatively quiet for most of the session, declared: “To reach this goal we need to develop better relationships with them, just like we are doing with each other today. We need to have smaller open-forums to carry on the discussion.” At this moment, the head nods were going up and down, where before some were going side to side. We were launched into the delivery phase.

Appreciative Inquiry is not magical, but by following the process, it provides a different pro-active angle of vision for school stakeholders to rise to the occasion by bringing out the best in each other.

The Art of Comforting

Simple Leadership Tip You Can Use Today

I am a Chinese reader , I had some difficulty in some parts of the article,which will need your kind explaination,hope you can help with that .

1.what does is mean by ” In fact, two school committee members had an epiphany when they realized how one’s strength of “competition” appealed, or didn’t appeal to the other’s “harmony” when dealing with hot-button issues. ”

2.My understanding on AI is that Discover:exsiting strength in organization; dream: to be better, the ideal further strengths; Design: to discuss and enrich these ideal strengths; destiny: fix and decision. But I do not know if it’s correct. Beside,what does it mean by “delivery”? what is your understanding?

We used the word “Delivery” to be a bit more concrete than the usual word, “Destiny.” It means to implement, to deliver, to put into practice.

Hi Breezy: The school board member who was competitive caused a good deal of tension in the member who had harmony as a strength when they talked about issues. When they both became aware of each other’s strengths, they laughed and and now know how to deal with each other better.

My children fit this category, and I have read this book. I wonder if all wouldn’t benefit from the school community understanding this situation.