“I’ve Got A Name” – The Power of Positive Salutation 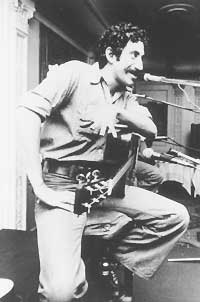 The late song master, Jim Croce, portrayed positive psychology principles in many of his ballads, including the hit I’ve Got A Name. This triggered a realization within me that addressing someone by their first name can have a reciprocal, and emotionally and physically empowering influence on self and others. There is something special, almost magical, about naming, one that can bring pleasure, engagement and meaning to both the greeter and recipient.

I first became intrigued with the naming process when I taught at Boston University in the late 1990’s. I met a graduate student in BU’s School of Education, Mark Harris, who wrote a paper on the topic. As a substitute teacher in a Boston area high school, he conducted an interesting exercise by learning the names of the majority of the student population. He claimed that “to remember faces is not enough to associate them to faces; faces can blend in the mind, and mistakes can be made. With the face one has to recognize the body, the voice, the posture, the habits, the responses. A person is a system of being in the world, and a name is the tag we attach to that total system. It encompasses quite a lot, not just a face. When I think of ‘Mickey Phelan’ or ‘Claire Darcy,’ I associate a hundred things with each of them; remembering a constellation of details about a student, paradoxically, is much easier and makes remembering the name and fact a piece of cake. The students whose names I have a hard time summoning up are the ones I don’t know much about. The elements of names, the ‘Mikes’ and the ‘Caitlins’ and the ‘Murphies’ and the ‘Mitchells,’ are not unique, but they stand for and indicate persons who are unique and uniquely valuable.”

The power of naming came to light again for me last year when a fellow teacher at the Culver Academies told me that he thanked each student by name and shook each of their hands as they left class each day. He mentioned that the process was a good closure activity and a nice way to express gratitude for being an active participant in the learning process.

This simple action intrigued me. Of course, I shake hands with students as a way to acknowledge them, but never in a formal sense. So, I decided to formally greet by name each of my students as they arrived at the classroom door. This brought back positive images of my third grade teacher, Mrs. Robinson, who was there every morning to greet me: “Good morning, John. What a nice shirt you are wearing!” When she was absent one day, it just wasn’t the same. Her return to the class brought that subtle trigger that would set me up for the day. Her third grade classroom was a safe and optimistic place to be!

Similar to my 3rd grade teacher’s actions, I now stand at the classroom door and greet each student as they cross under the archway. A shake of the hand, a verbal greeting by name with eye contact welcomes them into a warm, inviting environment. I initially treated this engagement as an informal research study, just to see what the student’s responses would be. But now, it has become habitual. “Good morning, Zack. Good to see you.” “Hi Mary, I heard you got into your first choice for college.” “Ben, I’ve heard you are doing a great job as lacrosse captain.” At the end of class, I make every effort to be first to the door as the class leaves. In rare instances, when several students enter or began to leave when I am at my desk, they will come over to me to fulfill the transaction. And when the typical winter germs are on everybody’s hands, we resort to touching elbow to elbow, to prevent the spread of any bacterial or viral gifts!

The positive salutation embraces the three pathways to happiness: pleasure, engagement and meaning. First, authentically exchanging greetings is, more often than not, an enjoyable process and normally brings a smile to one’s face. Second, communicating verbally, visually and kinesthetically can be quite engaging – a sense of flow. The process of greeting or tendering a “good bye” by saying someone’s name, paired with a handshake or pat on the shoulder, can elicit a slight visceral response in self and others. This audio, visual and kinesthetic event can be very powerful and create a brief, yet engaged interaction. Of course, one must know which of the senses are most comfortable to elicit in others. I am attentive to the various cultural nuances of gestures, eye contact and touching, and hope that people find their way to greet in a comfortable and engaging manner. Third, an authentic interchange says: “You matter.”

Human beings have different motives, desires and appetites. Most people, however, yearn to be listened to, taken seriously, and feel wanted by others. The power of naming can bring out the “best in self and the best in others” in the domains of family, school, business, sports and other enterprises. I remember when my daughter was two 2½ years old and would announce to people: Hi, my name is Megan! What’s your name? I have come to realize that naming others at any age can be pleasurable, engaging and meaningful. 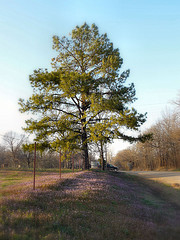 Living in the “No Regrets Zone”

Measuring the Value of a Dollar

John, What a wonderful post!
This topic really resonated with me because I have struggled all my life with remembering people’s names. I finally have a simple method that works quite well for me and it includes repeating someone’s name a few times in a conversation. (This is a method that Dale Carnegie regarded as instrumental to his personal success.) Even when I do this on the phone it has a tremendous impact on the conversations – more flow, engagement, and a greater sense of familiarity, which is especially useful when speaking with customer service personnel!
Thanks, John!

Hey John! You are absolutely right. I have not thought of naming in that light. I concur with you John that hearing my own name spoken during conversations or discussions indeed energizes me. I feel like I belong, am acknowledged and included.

Like Giselle, I find it hard to remember names although I get pretty peeved when other people pronounce my name inaccurately. Strangely, if you forget my name, that’s ok. I put myself in the other person’s shoes and forgive him our common shortcoming. When I analysed why I suffer such chagrin when someone mispronounces my name, I discovered that I tend to feel that the person is not sincere and does not care enough to do it right. Whereas, on my part, I am careful about getting someone’s name right, spelling it out, visualizing the word and then tentatively try it out, often checking with the name-bearer for particular accents or intonation. So it is true that we judge other people’s actions by our own intentions.

I love what you do with the students, I try to do the same with store assistants, restaurant waiters or anyone with a name badge too. Never fails to get me great service often with a smile.

In Lauren Van der Post’s wonderful novel, A Story Like the Wind, “I see you!” is an electric greeting commonly used between the Matebele in southern Africa. I think of it often as I walk the halls at work and when possible greet people by name. It makes a difference – particularly since I have a pretty high rank and so my greetings somehow represent being recognized by the collective leadership. To be seen! What a gift. What a “high quality connection” in Jane Dutton’s words.

In many of my classes growing up, I felt like part of an aggregate — the class. The teachers I still remember are the ones that saw me both as an individual AND as a member of the class. I still write to one of them several times a year, after a long number of years.

Great example, and I love the mental picture of you all touching elbows during flu season.

This article shows another way to show that other people matter. The positive salutation is even powerful when the person doing it has just met you. I attended a poetry reading this summer where an ice breaker activity asked us to introduce ourselves to the person sitting to our right. It went around the circle beginning with the speaker. That person on the right responded by shaking our hands–both of them–and repeating our name and saying anything else they wanted to. The woman who shook my hands looked right into my eyes and said, “I see you, Sherri,” and I can still feel the warmth that filled my chest and throat when she did. As teachers we have the chance to connect with students in ways that extend beyond the content. Thanks for writing about this positive intervention (and tying in Jim Croce!).

Kathryn: Thanks for your thoughts. I will read “A Story Like the Wind.” Also, isn’t it amazing how some teachers really made a difference with us!

Yep names are important. i just hate it when people pronounce my name wrong. it’s okay if they forget it but when they don’t take the effort to say it right time after time, I just think they are insincere. definitely not high quality connection there.

Aside: I know some people (esp Chinese) take great pains in selecting auspicious names for their kids as they represent their hopes and aspirations for their offspring. On the other hand, the superstitious give awful nicknames like ‘pig’ or ‘cow’ to fool jealous spirits who might prey on their precious ones.

To add to your wonderful classroom example and Kathryn’s hallway ‘I see you’, I like to say the name of the persons who are serving me at stores, restaurants, airlines, etc – anyone who wears a name tag! Or even call centre staff who always announce their names. I can ‘see’ them relax and break into smiles as we talk. Ends in great service everytime and I always feel happy like I reached out and touched a real person for a moment.

Thanks for raising such an important oft taken for granted everyday psotive intervention.