Home All Practical Wisdom versus Checklists and Habits
AllHabitsLawWisdom

Practical Wisdom versus Checklists and Habits

Consider these scenarios from Barry Schwartz’s book, Practical Wisdom: The Right Way to Do the Right Thing: 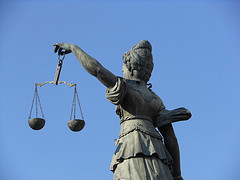 What about Better Judgment?

These people hated to do what they did. It went against their better judgment. But they had to follow the rules that had been established or face the consequences. In the case of the judge in the first example, she chose to resign rather than handing down what she found an unjust sentence.

Schwartz cites these examples (and many more) as illustrative of the war on wisdom we are confronting in our society. To prevent mistakes, to prevent failure, to prevent disaster, we put rules and systems in place to leave out room for human error. But we sacrifice wisdom in the process.

Schwartz makes a compelling plea to bring wisdom back. But is he right to do so? I’m not so sure. There is plenty of evidence to the contrary:

Daniel Kahneman, in Thinking, Fast and Slow, points out that we don’t know as much as we think we do. His research suggests, for example, that a quantitative test would probably do a better job of selecting the best candidates for a job opening than the traditional interview. But most hiring managers would be hard pressed to believe that their judgment and instincts are not better predictors than a simple test. 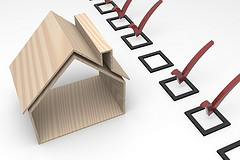 Surgeon Atul Gawande, in The Checklist Manifesto, shows how accidents are avoided and lives are saved by putting checklists and systems in place. Taking out frail and forgetful human decisions from medical processes ensures that the right things get done at the right time, and ultimately saves lives.

In his recent bestseller, The Power of Habit, Charles Duhigg shows how we can make success easier in business and in life, by creating simple habit loops that remove the need for decision making.

Duhigg argues for the power of habits, citing Tom Dungy who turned the Buccaneers into one of the winningest teams in the NFL by drilling simple habit loops into them. Getting them to stop thinking wasn’t just a consequence of this strategy, it was one of the primary goals. If the players can react without thinking, they gain precious milliseconds that provide a distinct advantage on the field.

The Value of Judgment Calls

But all of these ideas seem to contradict Schwartz, who argues for a return to practical wisdom. Schwartz says we need to give people back the ability to make judgment calls and to learn from their mistakes.

He cites teachers, for example, who have been marginalized by rigidly scripted teaching protocols and standardized tests. Teachers need to use their emotional intelligence and creativity to develop their students. When you tie them to a script, you might solve the problem of adequately directing the worst teachers to perform to an acceptable level. But you kill the motivation and inspiration that the best teachers used to bring to their work and instill in their students.

So who is right?

Where Schwartz’ argument is most compelling is when you consider what kind of future each strategy creates. If we remove human judgment and creativity from things like law, education, medicine, we may streamline things, but we may also stifle the growth of human ingenuity. If we don’t need to use our minds to make decisions, we will lose our decision-making abilities altogether.

Practical wisdom, on the other hand, pushes people to be responsible for their decisions and to learn from them. In this strategy, we might expose ourselves to more risks along the way, but we become a wiser society by doing so.

Schwartz, B. (2009). Our loss of wisdom. TED Talk. Describes practical wisdom as the combination of moral will and moral skill. “The good news is that you don’t need to be brilliant to be wise. The bad news is that without wisdom, brilliance isn’t enough.”

Gawande, A. (2011). The Checklist Manifesto: How to Get Things Right. Picador Press.

Photo Credits via Compfight under a Creative Commons license
Scales of justice courtesy of mikecogh
Home checklist courtesy of StockMonkeys.com

When I was reading this, a see-saw came to mind. Creativity and critical (I call if constructive) thinking…Do you stay on the see-saw or jump off to a new jungle gym you see that is appealing. What is enough. All I know is is life is not all or nothing. To me a wise person using good judgment is wise enough to know when creativity need to trump. Playing with ideas may be the wisest avenue to traverse. And of course stopping to smell the roses and appreciate their beauty!

Given the results of research on decision fatigue, it would seem that real wisdom will create habits to handle routine events, especially when well-established procedures are involve, and thus leave people free to make wise, creative decisions. Too much decision fatigue over routine and inconsequential matters saps the energy needed to make challenging and important decisions. Let’s not waste our wisdom or ignore it either.

I think we also need to consider *why* we are even advocating for one or the other (or both…) – it seems to be about reducing human error and allowing for the “right” or “greater good” solution to come forward.

This leads into a whole other conversation about “human error” and “right solutions”. The better judgement for Schwartz’s examples was all personal and individualized. A different person in the same situation might have a different “better judgement” and who could say which is better or worse? It also calls to mind the “golden mean” of strengths – are you being courageous, cowardly or foolhardy? The answer could be yes to all of those.

Ultimately, the pendulum does swing quite a bit – do we allow people to use their best judgement? to a point, until something horrible happens and then we insist on checklists. Until the checklists no longer work and something horrible happens and then we bring back in personal wisdom. I agree – the answer is probably in the “and” – AND we also have to accept and realize that, like work/life balance (integration) and happiness, we’ll never fully and truly arrive – it will always be a journey.

Well said, and wisely, too, Lisa. Love your metaphors.

Jeremy – this all assumes common sense. Many people outside America are puzzled that a solution to school shootings is to have armed guards trained in each school.

Carl, I think that is really well said and a good way to think about this . . . there are really two things at play here. One is an allocation problem, as you mention, so we should use our decision making abilities sparingly to make sure we have them available when they are needed. This is the reason President Obama only wears grey or blue suits: http://thegrio.com/2012/09/13/why-president-obama-is-always-wearing-a-blue-or-gray-suit/. One less decision he has to make every day. But the other side of this is the ability to strengthen those executive functions with use. If we do too good a job of routinizing and automating our decision making we can weaken our decision making capabilities (and experience the loss of wisdom that Schwartz describes.)

I think Lisa describes it well as a pendulum and how it can swing back and forth. What I find interesting is how one psychologist can write a book substantiated by research and filled with examples about the need for greater thinking and the “war on wisdom” in our society. Another psychologist can write a book filled with equally compelling research and examples which argues for almost the exact opposite. The takeaway is you can’t just look at any of these constructs in isolation. You have to see how they interact with each other and against the backdrop of how we live our lives.

Thank you for writing this great article and making me think about this dilemma (is it?) of practical wisdom vs checklist and habits. It seems to be that checklist or habits are not inherently bad, it is the motive behind the rules that begs closer examination. If the rules are driven by control and compliance motive, they will generate unnecessary bureaucracy, defensive behaviors and lack of common sense. What if we have rules that are there to foster connect and creation?

I did the Bondi to Coogee walk on my recent trip to Sydney, Australia. A cliff top coastal walk, the walk extends for six km in Sydney’s eastern suburbs. It features stunning views, beaches, parks, cliffs, bays and rock pools. What surprises me most was the lack of safety rails to ruin the natural view except for some parts where the path is exceptionally close to the edge of the cliff. In Taipei where I now live, the place is littered with ugly safety signs and protective railing even in pristine nature reserve, put in place by bureaucrats who are rule-bound for fear of accidents and punishment. The public no longer exercise common sense, instead they put the blame on the government for their own inability to exercise good judgement, and ruin the aesthetic beauty of nature for the rest of us with eye-sore signs and rails painted bright orange in the national park!

Excellent post. We only can grow by learning form our mistakes. Too many times we are too careful about not making mistakes and it holds us back.