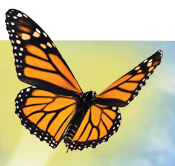 Editor’s Note: Early registration for the two July conferences in Toronto ends this week on June 15. We already featured the Canadian Positive Psychology Conference that will take place July 20-21. The full speaker list and preliminary conference program are up on the CPPA website, along with a button to register. Jeremy features the International Biennial Meaning Conference that will take place July 27-29 with preconference workshops on July 26. Register here.

I am disappointed that I won’t be able to attend the International Meaning Conference coming up in Toronto at the end of July. They are putting together an all-star line up of researchers in positive psychology with an emphasis on “healing and flourishing through meaning.”

The headliners will include Todd Kashdan, author of the must-read book Curious? and a strong voice for emphasizing meaning over happiness; Laura A. King, widely cited for her unique, narrative approaches to meaning and well-being (such as her well-known work on the practice of journaling about your Best Possible Self) and, of course, Paul Wong, who literally wrote the book on meaning.

At the conference they will also be honoring three individuals who have made significant contributions to research or therapy based on meaning: 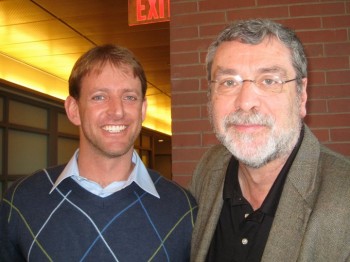 The first honoree is Dr. Christopher Peterson, professor of psychology at the University of Michigan. Chris (he’s such a lovable guy, it’s hard to refer to him as Professor Peterson) was one of my professors in the MAPP program. His Primer in Positive Psychology laid the foundation for my studies in the field and his Handbook on Character Strengths and Virtues (often referred to as a “manual of the sanities”) has changed the face of psychology. Chris has a wonderful Psychology Today blog called The Good Life.

The second honoree is Dr. Richard Ryan, a professor of psychology, psychiatry, and education at University of Rochester who, along with Edward Deci, founded Self-Determination Theory (SDT). SDT is a powerful theory of human motivation that is known for its simple elegance. I use the word “powerful” because SDT teaches us that our motivation to change and grow comes from within. SDT also shows us the conditions that facilitate that process. I am often amazed by how much of human behavior can be explained by SDT. See my recent blog posting: Stop Trying to Motivate your Employees! (Self-Determination Theory at Work).

The only honoree I wasn’t previously familiar with is Dr. Emmy Van Deurzen, founder and principal of the New School of Psychotherapy and a big voice in existential therapy. I am fascinated by this approach as it sounds like it overlaps with the ideas of psychological flexibility and Acceptance and Commitment Theory, which I think represent the future of psychological well-being. 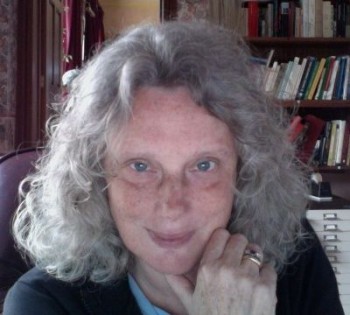 Existential therapy is based on authenticity, and getting a deeper understanding of the human condition by accepting certain givens about life, such as impermanence, isolation, and meaninglessness. Accepting these realities of human existence allows people to take responsibility for their lives and gives them freedom to align their actions and choices based on their personal beliefs and values.

The existential therapy approach particularly resonated with me due to its holistic nature. In existential therapy, people are considered based on their orientations along four interwoven dimensions: the physical, the social, the psychological and the spiritual.

I am a big fan and student of positive psychology, but I believe true well-being is found by embracing and accepting some of the negative aspects of life balanced by a mindful approach (perhaps while “tilting towards the positive.”)

Congratulations to these honored researchers who are helping us to explore deep questions of humanity.

This article was posted simultaneously in Jeremy’s blog today where it is titled Great Minds Gather to Discuss Meaning in Life.

Cinematherapy: Film Does More than Meets the Eye

There was a amusing post on the PP list serve which mentioned existential angst therapy (EAT)- it was in jest. I really wonder whether there is an agenda here to give some meaning to meaning and as a consequence generate a new income stream for psychologists and coaches around existential therapy.

My hunch is if you are unhappy with your life then the fallback position is meaning – all sounds like cognitive therapy to me.

But perhaps I’m biased – perhaps my happy and engaged life is just way to self focused to allow me to see the light of meaning.

Just some food for thought

The only problem with the conspiracy theory is that this work has been flying outside the zeitgeist since Frankl. And an examination of the details (not just titles and abstracts) indicates holes and misguided paths in existing work that ignored meaning and purpose in life.

And cbt is a dynamic constantly evolving creature, informed by work on meaning, etc. bi-directional influences. You tend to mention cbt in passing multiple times per month as if it’s a static beast. Beck, Ellis, Barlow, Hayes, etc would vehemently disagree with your portrayal.

That being said, I love your highly needed skepticism for pp, especially when it collides with money grubbing.

todd – your logic doesn’t work. PP has been around for ages as well. What’s really going on here is taking a product, adding some dubious science and then flogging it to consumers – it’s like vitamin/supplements.

Also wouldn’t you agree that aspects of meaning are glorified CBT – just think about it. My life is crap – lets reframe it (change my thinking) so that my life has meaning – and alls good. Nothing wrong with this. But the question is then who might get the best results out of meaning therapy? And you can’t answer this until you explore the mechanisms, contexts etc.

I refer back to what I wrote about cbt. It’s evolving and integrating work from other areas including mindfulness and meaning. Thus I remain unclear about your point and endless criticism that because more research would be valuable, scientific findings should not be applied until then (which means never). Take a look at meta analyses of cbt for anxiety and mood disorders, 40-60% of clients fail to reach high end state functioning. Thus innovation is needed rather than clinging to the past

Todd I’m glad you agree meaning is just CBT and I do agree CBT does need some extra horsepower. Buy perhaps we shouldn’t give meaning too much meaning

In deadlock agreement. I’m not a fan of pretend innovation by renaming other people’s accomplishments. Give credit where it’s due and search for questions that haven’t been asked, that haven’t been adequately answered, and challenge the status quo and everyone’s biases (inluding our own). I don’t always live up to this lofty aim but I’m motivated to try and willing to be called out when I don’t.

I think we both agree that the field would accomplish more if there was less groupthink and greater appreciation of dissent.

You guys might enjoy this new book by Jules Evans which goes into the philisophical underpinnings of CBT and some of its modern shortcomings. http://www.guardian.co.uk/books/2012/jun/17/philosophy-life-jules-evans-review?newsfeed=true. I haven’t had a chance to read it yet although I love Jules’ blog.

Todd – once again I have to agree. PPP (and psychology) seems to be constantly reinventing the wheel. For example there was a post on courage on this blog that if you examined more closely seemed to be self regulation

I wonder why the same ground is covered – with the internet there are really no excuses. Perhaps its poor measurement systems – be it the wrong measure or the lack of granularity.