How can a single individual change the hearts and minds of thousands of people? How does one confront violent opposition with peaceful protest and bring about a transformation of beliefs? How can one person change the world?

Scott Sherman, the founder of the Transformative Action Institute, gave an inspiring lecture recently at the Positive Psychology Center at University of Pennsylvania in Philadelphia. Sherman has spent his career working on grassroots projects dedicated towards nonviolence and social justice. Over the course of his career, he has observed that many of the people who take up these kinds of causes end up burning out before they are able to achieve any lasting change.  I walked away from the meeting thinking that simply understanding the mechanisms behind strengths of hope, persistence, wisdom, and compassion is critical for teaching people how to foster change in the world.

Fighting Powers that Be 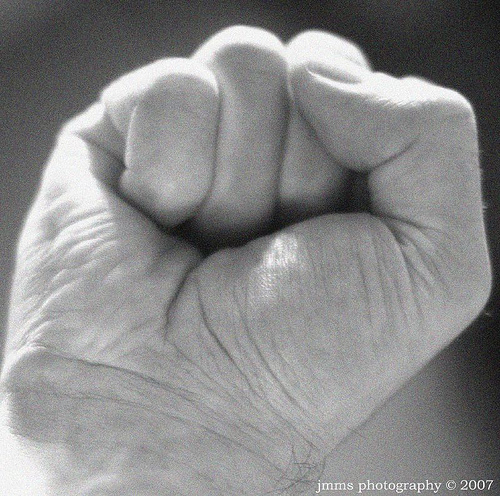 Traditionally, the way to activate social change has been to “fight the powers that be” (Public Enemy, 1989). Tactics are often designed to embarrass and humiliate those who are in power until the negative PR is so great that they are forced to recognize and respond to the cause. These traditional methods not only seem to have a high burnout rate, but they also do not necessarily yield the best results. With a tradition of “us versus them,” someone has to win and someone has to lose. Since these social justice causes are usually examples of the weak fighting against the powerful, more often than not, the powerful win. In cases where the activists do succeed, they often leave bitterness and resentment in their wake, motivating the powerful to suppress their causes again in the future.

Sherman wanted to understand the difference between the many activists that end up hopeless and burnt out and those few that somehow are able to be persistent in their cause and eventually create the change they were seeking. He analyzed a variety of activist causes including social equality, racial justice, environmental protection, and non-violence to learn what worked and what did not. The traditional teachings of social activism did not seem to work, and the things that did work were not being taught anywhere. He found that the most successful strategy for effecting lasting change is a confluence of nonviolence (as exemplified and taught by Gandhi and Martin Luther King) and the teachings of positive psychology.

The principles that Sherman identified for effective social change were covered previously in PPND by Kathryn Britton, but because they are so powerful, I’ll briefly mention them again:

There were also three new methods that came out of the lecture, or things that we can all do to transform ourselves and the world around us:

Sherman now dedicates himself to teaching people how to be effective as a visionary, as an innovator, as a social entrepreneur, and as a problem solver. He is teaching these principles within his program of “transformative action,” geared towards driving both personal and social transformation. It is exciting to see Scott’s passion as he talks about training students in the art of world transformation. And he is not doing it alone. Scott has created the Transformative Action Institute in order to share his techniques with the world as far and as fast as possible. You can visit the Transformative Action Institute website to educate yourself on the principles of social entrepreneurship, and can look for new ways to apply positive psychology to make a difference in the world.

Have You Done Your Homework?

Thanks Jeremy you did a great job with this collaboration.
I’m so proud of you.
Maria