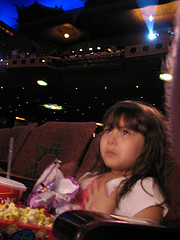 Jeremy Clyman, M.A., is pursuing his doctorate in clinical psychology at Yeshiva University in NY. In 2007, he graduated from Northeastern University with an Master's in journalism. He has engaged in academic, clinical, and pop cultural publications related to psychology and entertainment. He writes a blog entitled Reel Therapy: Unraveling the Mind Through Film for Psychology Today Magazine and is a member of the APA Media Watch Committee. Jeremy's articles here.

“It’s the movies that have really been running things in American ever since they were invented. They show you what to do, how to do it, when to do it, and how to feel about it.” – Andy Warhol

Even if this fairly dramatic Warhol quote were an overstatement, it still raises the question: To what extent does our understanding of the world and of ourselves stem from what we observe in the movie theaters? Even though research has yet to offer a definitive answer to this question, it is clear that we live in a world in which film is a dominant source of information.

The Power of Cinema

Why is this? Our drive to seek out and soak up movies can be explained by recent theories of learning and creativity, which suggest that we have seven intelligences. Researchers Davis and colleagues explain that the more these intelligences are accessed, the more easily and proficiently we learn. Unsurprisingly, movies activate every one of the seven intelligences: the logical (plot), the linguistic (dialogue), the visual-spatial (images), the musical (soundtrack), the interpersonal (storytelling), the intra-psychic (inner guidance), and even sometimes the kinesthetic (moving) as we tense up or move to the music. 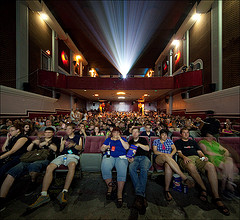 In recent decades psychological researchers have sought to examine the influence of cinema on our attitudes and behaviors in more precise terms. A prime example is smoking. Most people can generate at least a few indelible images from their memory banks consisting of glorified protagonists impressing and intriguing us, all the while taking slow, iconic puffs from their cigarettes. Empirical support has emerged to confirm this notion. One study on adolescent smoking habits led by Distefan asked teens to list their favorite movie stars. They found that fans of the movie stars with the higher rates of on- and off-screen smoking were more susceptible to smoking themselves!

Keeping a Watchful Eye on Power

With influence comes power, and with power comes the need for a watchful eye. According to Kobau and colleagues, the health of a nation can increase when its citizens join in groups and seek to promote healthy, rather than unhealthy (or solely profitable) objectives in its industries. It is in the spirit of promoting research on this sort of societal well-being that I introduce the Media Watch Committee (MWC) of the American Psychological Association.

We at the MWC track, examine, and disseminate information about films that make significant comments on psychological issues. We note the themes of mental illness and positive psychology that exist in the narrative, particularly portraits of mental health figures, and we discuss the accuracy and value of these ideas. We seek to applaud high-quality films that accurately provide insights into such phenomena, while providing a reality-check on films that relay stigmatizing or misleading information.

Let me illustrate. The following is an excerpt from an article in my blog, Reel Therapy, about the realistic and complex portrait of Borderline Personality Disorder in the film Young Adult:

“What’s the most significant thing about “Fatal Attraction?” I would argue it’s not the memorable ending when Glenn Close leaps out of the bathroom and almost kills Michael Douglass.

This is problematic, because Glenn played a crazed stalker much more than she played a nuanced, plausible sufferer of BPD. Fortunately, the recently-released to DVD (very much under the radar) “Young Adult” provides an incrementally more sensitive, specific and fairer portrait of BPD, and shows us a chapter in the psychologically painful life of Mavis.”

Please visit the full article in my blog for more on the ways in which Mavis’ story reflects the personality structure and diagnostic criteria of BPD. 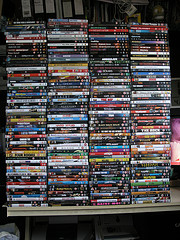 Many readers emailed with comments. Some knew of a loved one with BPD, some disclosed that they possessed a diagnosis of this mental illness, while others were simply curious about the well-publicized but often-misrepresented mental disorder. Whatever their relationship to BPD, all those who sent comments described a sense of appreciation and comfort in their viewing experience. They seemed to walk away from the film endowed with a deeper, more empathic perspective of BPD.

According to Sharp and colleagues the collective experience reflected in these reader comments is not uncommon, as psychological growth through identification with a protagonist on the silver screen has emerged as a strong theme in theoretical research.

Mission of the Media Watch Committee

Given the likely impact that movies have on the mind of the average individual living in 21st century America, it seems important to examine and discuss the healthfulness and truthfulness of the ideas behind the larger-than-life images. The MWC is an organization dedicated to routing the far-reaching effects of cinema down a healthy, adaptive path, so that audience members exiting theaters will be more likely to put down the cigarettes and pick up an enlightened perspective.

Please stay tuned for future PPND articles on the MWC, including reviews of films that reflect important ideas in positive psychology.