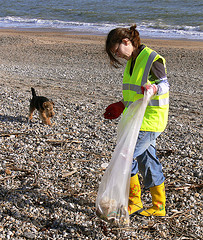 Jenny Brennan, MAPP 2012, is an internationally recognized practitioner in the science of applied positive psychology. She is the founder of the social impact consulting firm Ardent Wellbeing and creator of ElectionZen.com. She is an elected member of the Council of Advisors to the International Positive Psychology Association. Jenny's articles are here.

Cleaning up the beach

Around the United States on Monday, January 21, thousands of people across the country volunteered to make a difference in their communities during the Martin Luther King Jr. Day of Service. People came together for a variety of projects such as feeding homeless veterans, cleaning parks, and collecting clothes and toys for local children. Volunteering not only strengthens communities and those being helped, but as anyone who volunteers knows, it feels good. But a closer look at the research shows that the benefits of volunteering extend beyond a warm feeling.

Researchers have found that the act of volunteering is associated with several forms of well-being, including hedonic (happiness, life satisfaction), eudaimonic (meaning and self-actualization), and social (how one views his or her function in society).

In a longitudinal study with a national sample of adults, Thoits and Hewitt found that while individuals with greater well-being tend to self-select, volunteering can also enhance happiness, life satisfaction, self-esteem, one’s sense of control over life, and self-reported physical health. These effects held even after controlling for individuals’ participation in other voluntary groups, such as attending meetings, and their prior levels of personal well-being. 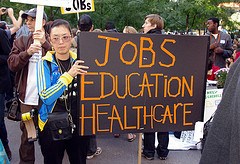 Activism, which can be viewed as a dedicated form of volunteering in which people advocate for particular causes, has also been linked to higher subjective reports of well-being. In a series of studies, Klar and Kasser found that activism was correlated with positive affect, hope, self-actualization, psychological need satisfaction, higher meaning in life, and agency. Interestingly, they also found a small causal effect between engaging in an activist behavior and felt vitality

While people can seemingly experience the positive effects of volunteering and activism after just one event, both studies found that people who engaged on a more regular basis experienced greater benefits. However, studies by Morrow and Howell have shown that the positive gains of volunteering are not linear and that levels of involvement beyond 100 hours a year were not associated with increased gains.

Why Is Volunteering Beneficial?

Volunteering may impact well-being through a variety of mechanisms. It may increase people’s perceptions that they matter, that they are an important part of the world. It can instill a sense of purpose in the volunteer and can boost social resources and positive effect, which can have positive health implications. Lyubomirsky reports that helping others can also lead to a sense of capability and accomplishment.

People volunteer for many reasons, including to meet new friends, to build personal skills, and to help others. Often, people are motivated by multiple goals. But the type of motivation driving the behavior may impact the benefits one receives. 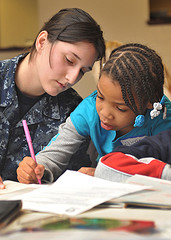 In a study reported in 2012, Konrath and colleagues examined data from the Wisconsin Longitudinal Study that tracked 10,317 male and female high school graduates since 1957. They found that even after controlling for factors such as socioeconomic status and physical health, people who volunteered experienced a reduced mortality risk four years later than non-volunteers, but only when they were mainly motivated for other-oriented reasons, such as altruistic values or social connection, instead of self-oriented reasons, such as self-enhancement and learning. The authors speculated that perhaps other-oriented motives engage systems that deactivate the stress response and activate restorative hormones such as oxytocin.

Regardless of whether one is motivated for other-oriented or self-oriented reasons, self-determination theory posits that the degree to which a behavior is self-directed predicts its effect on well-being. Kasser and Ryan found that people experienced greater well-being when pursuing intrinsic goals (those that are inherently rewarding and done for their own sake), but not extrinsic ones (those that are done for some external reward or end goal). Intrinsic goals may impact a person’s well-being by fulfilling the basic psychological needs of autonomy, competence, and relatedness.

Volunteering for things that you feel passionate about and are intrinsically motivated to do may help you to experience greater health benefits and protect you from burnout.

Beyond Individual to Society

The implications of volunteering obviously extend beyond the individual. With greater human capital allocated to vital missions more people can be helped. According to Lyubomirsky, being kind and generous leads one to perceive others more positively and fosters a heightened sense of interdependence and cooperation in the community. Given the individual and societal benefits of volunteering, perhaps this is something to consider doing throughout the year.

Integration is Better than Balance

As a lifelong volunteer, and a 3-time Peace Corps Volunteer (one 27-month assignment and two 3.5 month assignments in the Response Corps), I couldn’t agree more! Enjoyed the article; hadn’t read Konrath’s research, thanks for sharing.