Home All Can going to the movies make you a better person?
AllAweConferencesGoalsRelationshipsResilience

Can going to the movies make you a better person? 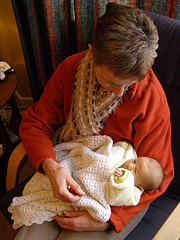 Jeffrey Siegel is an English teacher at Hong Kong Shue Yan University and a postgraduate student in Hong Kong University's Buddhist Studies program. He focuses in the application of positive psychology in education and strives towards greater well-being for all living beings.

Editor’s Note: This is the first PPND article reporting on the International Positive Psychology Association (IPPA) World Congress, which took place in Philadelphia, USA, on July 23-26 2011. Over the next week or two, there will be additional articles, some about the keynote addresses, some about specific sessions as this one was.

Jeffrey Siegel is new to writing for PPND. After attending the IPPA World Congress, he said, “I was inspired to put some of my thoughts into writing.” Welcome, Jeffrey. We hope to hear from you again.

We also issue an invitation to other participants to submit articles by email here about anything at the IPPA World Congress that inspired you to put your thoughts into writing. We value many voices.

Can going to the movies make you a better person? It depends on the type of positive emotions the film elicits. 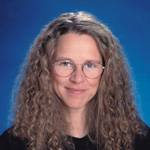 At last week’s 2nd World Congress for Positive Psychology, I was captivated (as was most of the audience) with Lindsay Doran’s presentation on “Hollywood and Happiness.” She began by saying that after thirty years in the industry, she thought she knew everything there was to know about movies. That was until she met Martin Seligman a couple years back and was enlightened about the science of positive psychology. She said Seligman’s PERMA theory of well-being (Positive Emotions, Engagement (or flow), Relationships, Meaning (and purpose), & Accomplishments) gave her a new framework for looking at how filmmakers craft successful stories. She remarked that both Hollywood and positive psychology research have something to gain by sharing insights about the multifaceted nature of happiness.

Viewing Accomplishment in the Movies

Lindsay Doran focused on the way in which Accomplishment, the ‘A’ of PERMA theory, can make filmgoers open their hearts with empathy or feel limp and unmoved. Drawing upon examples from critically acclaimed motion pictures, she pointed out that people only care about the accomplishments if they are shared with others. People are not moved by the prize-winning acts or triumphant feats themselves, but they are moved when they see triumphs shared with confidants.

For example in the movie Karate Kid, the fatherless teenager Daniel takes up martial arts to protect himself from bullying. Under the guidance of karate master Mr. Miyagi, Daniel competes against the odds to fight in the championship match at the All Valley Karate Tournament. (You can watch the final fight scene here.) After being repeatedly beaten down, Daniel throws one final kick that wins him the biggest victory in his life. As the audience cheers and hoists him up in celebration, Daniel shouts out. “Mr. Miyagi, we did it. We did it!”

What’s important is that Daniel views his accomplishment not as an individual success, but as a shared victory. Because he includes others in his triumph, the moviegoer can identify with the uplifting experience. Moreover, when the film cuts to Mr. Miyagi looking on from the sideline with a true Duchenne smile and the heartfelt pride of a loving teacher, it’s hard not to feel elevated emotions gush forth. Our relationships make our accomplishments that much sweeter. In many cases, the relationship is what makes the accomplishment possible at all.

Other Kinds of Accomplishment

Those unfamiliar with the Karate Kid have probably seen the archetypical underdog story, Rocky. Although it follows the same theme of an insignificant person overcoming overwhelming odds, Rocky is an uncommon underdog tale in that the protagonist doesn’t win the final fight. Rocky’s accomplishment is never realized. (The final scene can be viewed here.) In many ways Rocky teaches us an important lesson about life: we don’t always get what we want. Yet, despite his loss, Rocky is able to gain the respect and admiration of the audience as well as get the girl of his dreams, thus revealing something significant about human nature. An accomplishment we value greatly is the ability to endure loss. There’s no question that resilience is one of the most inspiring human qualities.

Most of us have seen Rocky and other inspiring movies, felt the opening in our chest, and connected with that uplifting performance we watched on screen. But what is actually going on in our bodies when we witness these touching scenes? Is there a difference between feeling joy and feeling admiration or inspiration? Recent research on ‘other-praising’ emotions such as elevation, gratitude and admiration, has shown that these sentiments are indeed different from joy. In fact, this group of positive emotions can actually change our physiology and motivate us to become better people.

Sara Algoe and Jonathan Haidt demonstrated that elevation, the feeling of moral uplift when viewing the virtuous action of another, is a distinct moral emotion with unique motivational consequences. Participants who experienced elevation by watching righteous feats were more sociable and likely to emulate the observed good deed. Similarly, experiencing gratitude seemed to make people want to repay and acknowledge the other’s actions, while feelings of admiration made people want to tell others about the admired ones.

Aside from the psychological response to witnessing good deeds, Silvers and Haidt suggested that the emotional reaction to virtue might stimulate the release of oxytocin, a hormone associated with prosocial and affiliative behavior. They found that breastfeeding women who watched a morally elevating video were more likely to nurse their infants and hug them compared to women who watched an equally enjoyable comedy video. This suggests that moral elevation may involve the release of oxytocin, which is colloquially known as the “cuddle chemical” or “love hormone” since it facilitates pair-bonding.

Elevation at the Movies

So how does this all relate to Hollywood films? Watching accomplishments on screen or in real-life can positively affect our happiness. However, these events have more impact if they are shared with people who care. It was the Buddha who said, “Thousands of candles can be lighted from a single candle, and the life of the candle will not be shorted. Happiness never decreases by being shared.”

Look at the act of sharing our successes in the light of PERMA: it validates our efforts giving us meaning and purpose; it lifts our spirits giving us positive emotions; and it reinforces our social connections.

If movies can elicit feelings of elevation, they have the ability to move us beyond happiness and truly uplift us to become better people. It’s no secret that stories of leaders, heroes, and ordinary people doing extraordinary things are the most inspirational. Yet we are now beginning to uncover how these actions of moral beauty and virtue actually motivate us to do good. The biological mechanism for this inspiration seems to lie in the release of oxytocin prompted by experiencing moral elevation, commonly experienced as that warm feeling in the heart when someone does or says something moving. Hence, morally-elevating films might cause moviegoers to leave the theater with an oxytocin-induced intent to reach out to others.

What a wonderful thought of using powerful and uplifting films to boost positivity and well-being. However, whether this good intention persists beyond the movie theater parking lot has yet to be seen.

Editor’s Note: In a symposium titled Elevating Experiences: Research on Moral Elevation, Awe, and Transcendence, Jon Haidt commented that showing people elevating movies doesn’t seem to make them go out and change the world, possibly because oxytocin is relaxing. However the experience does cause brief windows where breakthrough change is possible. Haidt has just recently reserved the URL www.ElevationResearch.org for collecting research information about the impact of elevation. Watch his space!

Images
Lindsay Doran from the Austin Film Festival, a short article that describes her three rules of drama.
Movie images are links to Amazon
Cuddling a baby courtesy of Jim Champion

What is Love, Anyway?

I didn’t mention it at this symposium, but there actually are recent studies that link elevation to prosocial behavior – see Schnall et al., 2010 and a replication by Aquino et al, 2011. Thus, there is good reason to think that observing a movie character’s moral goodness and exemplary character strength expression can elicit elevation, admiration, and other motivating emotions that can lead to good behavioral change.

Thanks Jeffrey for your great article. Thanks for writing about movies, elevation and for the reminder of the pure joy of sharing happiness. It’s was uplifting to me to hear about Lindsey Doran, seasoned and respected leader in the film industry, embracing Martin Seligman’s PERMA model and positive psychology. I heard that her session was excellent.

Finally, Ryan Niemiec just received an award from APA Division of Media Psychology. The award was for Distinguished Early Career/Applied Research Contribution, based on his research and writing on the portrayal of positive psychology in film. Congratulations.

Thank you Jeffrey for this outstanding article! You’ve introduced some interesting studies on how movies can make you a better person. Keep up the great work!

Also movies as a motivational resource is my passion and focus of my Movies that Motivate blog. I invite you to check it out: http://www.motivatorman.blogspot.com/

Jeffrey, enjoyed your article! The therapeutic/ teaching value of movies has always intrigued me. As a psychologist, I remember reading a 1995 book entitled _The Motion Picture Prescription: Watch This Movie and Call Me in the Morning: 200 Movies to Help You Heal Life’s Problems_, by Gary Solomon. The author would actually have his clients watch movies as homework, since they illustrate in such an immediate and integrated way many concepts we therapists might try to teach our clients. As part of an online men’s group, I can also recommend the website Masculinity Movies (www.masculinity-movies.com/), using the medium of cinema to help men integrate what it means to be a man. Your question of whether the benefits of cinematic enlightenment last beyond the parking lot is one that should bear investigation. For myself, the movie “Chariots of Fire” was a significant part of my search for an authentic self while in my 20’s, and helped me discover the process by which I would find a fitting career for myself. I’m sure many of us could point to one movie, or to several movies, which were formative at key points in our lives.

Since I’m quite the movie geek, I find this post great! Movies can really inspire, motivate, and change a person’s life even in little ways. It’s how we can also feel the characters’ emotions. We can relate to what they want to communicate to us.