Iris Marie Bloom, MAPP. A poet, peace and justice activist, massage therapist and safety/self-defense instructor, Iris is happiest when she is out sailing or just hanging out with loved ones, human and canine. Full bio.

Her past articles are here.

Like many of us, I have, all my life, struggled with time in one way or another.  I seem to alternate between embracing flat-out activity and finding deeper pools of energetic sustenance.  As a child, sensing the hyper-pressure around me, I began to actively resist.   A self-taught procrastinator, at 19 I wrote an editorial entitled C.R.A.P. – the Creative Art of Procrastination – and got away with publishing it in the high school newspaper.  Later, as a politicized youth in my twenties, I realized there were things really worth accomplishing, meaning that procrastinatory habits themselves had to be resisted.  So I founded something called the PLF: the Procrastinators’ Liberation Front.  We held dynamite victory parties celebrating when one of us accomplished something meaningful.

The Violence of Busy-ness 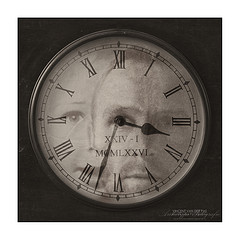 At the old age of 30, I moved from fast-paced New York City to Philadelphia, allegedly to “slow down,” seeing as how this is such a small town here.  Nonetheless I found myself working 60-hour weeks at my beloved small press, New Society Publishers, while leading marches and facilitating peace movement meetings confronting the “first” Gulf War in 1990.  By 1998 it had only gotten worse: with my then-husband, I cared for my mother-in-law with Alzheimer’s in our home, while working as executive director of a non-profit, responding as an activist to community crises, maintaining a small home business, and “sitting” on the board of another non-profit organization I had co-founded.  Not to mention the stepson and the two dogs.


That load hardly made me the busiest person in the world, but it did make me hiss, every day, “Something’s gotta give,” and vow, every night, “Never again.”  I found the busy-ness so toxic to my deep well-being that it went beyond busy-ness; it became, as theologian Thomas Merton put it, “a form of violence.”  Perhaps I experienced what Ivan Seidenberg, former president of Bell Atlantic, only joked about:

“Using sophisticated time mapping and compression techniques to double the number of hours in the day, DayDoubler gives you access to 48 hours each and every day… At the higher numbers DayDoubler becomes less stable, and you run the risk of a temporal crash in which everything from the beginning of time to the present time could crash down around you, sucking you into a suspended time zone.”  (Gleick, J., 2000.)

Enter Positive Psychology.  I was lucky enough to study with a teacher I consider to be an original positive psychologist, Vietnamese Zen Buddhist monk Thich Nhat Hanh, for 21 days in 2000, changing my relationship with time forever for the better.  During that “Eyes of the Buddha” retreat I learned how to savor, how to meditate, how to walk, eat, breathe, work, and be with others mindfully (not that I always do so!).  I also learned how to commit to myself to the importance of slowness, a state of mind I had up to that time perhaps longed for, but rarely experienced.  Since that time, I’ve had busy weeks, busy days, my share of overwhelm – but never again have I embodied the kind of franticness I felt in the 1990s.  I have truly been more nonviolent towards myself.

Many positive psychology discoveries have liberating implications for healing our relationship with time.  Here are just a few of these many interrelated insights:

On the one hand, relationships take time, and time requires commitment.  On the other hand, Barb Fredrickson’s study leads us to think about a very different kind of time  than the “daydoubling” effect.  Fredrickson learned that by the end of the study, “the amount of positive emotion per minute tripled,” due to lovingkindness meditation practice.

Thus while time stops for no one, our experience of time can be deeply and meaningfully enhanced.  We can learn the skill of being fully present with one another.  We can learn to deepen our feelings of love and tenderness for one another.  As we do this, we can more easily allow destructive patterns to fall away.  We may not turn out to need what we think we need.  We do need clean air.  We do need clean water.  We do need love.  But we do not need to be in a rush all the time.  We can heal our relationship with time, and positive psychology can provide an excellent roadmap for that process.

Gleick, J. (2000).  Faster: The Acceleration of Just About Everything.  New York: Random House.

Image
Me in Time courtesy of Vincent Van der Pas

Thank you for a wonderful article. It’s such a great reminder about time– I never thought about busy-ness as violent– what an interesting perspective. I love the various pieces you wove in– especially the loving kindness meditation!

Nice article. I’ve read Thich Nhat Hahn. I hope you remember Walleye Warriors from your “beloved NSP” days. After it went out of print with NSP I (Rick) talked Roy Morrison into reprinting it through his Writers Publishing Coop (Enfield Distribution in New Hampshire). We’re out of the 500 he printed and hopefully will do another run. He scanned the book which worked fine, but for the photos which are second generation now. I haven’t ever been able to find an address for T.L. Hill (too many TL Hills in phone directory) to ask him if the original W.W. disks are still available from the NSP printing. I know it’s a long shot, but do you have a contact address for TL. I’d love to give Roy a disk (and even see Walt’s original Chippewa Moons artwork again) if there is even a small chance it exists in a pile somewhere (Vancouver NSP doesn’t have it).

I’m also donating the two book editions (the WPC one has a new cover, and New Intro and Afterward written by Walt shortly before he died in 1999) to Wisconsin State Historical Society, along with early drafts and background materials. Looking over the NSP editing notes from way back then, I am doubly grateful today for all the help you and Barbara and others gave to help us get that story in print. It still is used by a few college courses (History or Indian Studies) and still sells to individuals in the Midwest.
I’ve also been lucky enough to get a children’s book published that I edited, “Ghost Rain: Hurricane Ivan Stories” (I travel with my wife on her excusions to Jamaican mountain schools). I also did a new book of Green essays, stories, and poems called “How Green Is the Green Party?” (Beech River Books).
Thanks again for all your encouragement and help back in the day. The political and healing work you’ve done in the years since looks very impressive.

Best to you and yours,