Towards a Common Consciousness

Back in July, I listened to Mihaly Csikszentmihalyi’s keynote address at the 5th World Congress of the International Positive Psychology Association titled Towards a Planetary Consciousness. In a brief 20 minutes or so, he seemed to address Gauguin’s famous questions: Where do we come from? What are we? Where are we going?

His speech really struck a chord with me. I’ve often thought about these questions in the silence of the night or the wee hours of the morning, when the world comes to a stand-still and the soul, like a wild animal, seems to make its fleeting appearance. I’ve thought about it from a personal perspective of my own self-discovery and purpose in life, but also from a collective perspective of us as a species, interconnected, and yet sometimes divided in our common trajectory.

I believe that there are two reasons I reflect on this often. The first is my exposure to cultures around the world, not only growing up as the daughter of a diplomat, but also currently living an expatriate life. The second is my academic interest in the area of optimal self-esteem, a construct defined by Kernis as “the operation of one’s core, true, authentic self as a source of input to behavioral choices,” a quality comprising the two components of belonging and mastery. 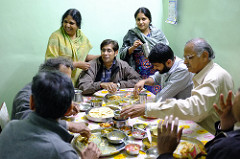 Both in my country of origin and also where I currently live, as in most collectivist cultures, belonging is evident in daily life. Family, friends, traditions, and celebrations form the common thread that binds the fabric of society, and everything else is structured around it. People have space in their hearts and in their lives to give their time away to others, a cultural practice similar to the gift of time intervention in positive psychology. Elders are given a special status in society, one of deep regard and reverence, and valued as sources of guidance and wisdom. Robert Kegan, developmental psychologist and professor at the Harvard Graduate School of Education until 2016, who has also developed a theory of adult development based on meaning-making, would describe such societies as being in the 3rd order of consciousness, in their interpersonal and intrapersonal development. 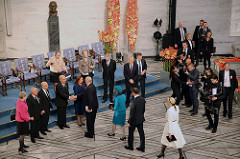 In the West, we seem to be in the 4th order of consciousness, where we shift from dependence to self-formation and autonomy, and begin to see ourselves as the authors of our own lives. This is evident in the individualized societies we’ve created, resulting in incredible feats and amazing discoveries that have contributed to human progress.

But somewhere along the line, we’ve also lost something valuable and are experiencing the emptiness of solitary pursuits and the disillusionment that comes from not achieving our (sometimes unrealistic) goals. The alarming rates of depression and an ever-growing self-help industry are signs of something amiss.

As societies, we can build this sense of belonging by connecting to our past and to the ancestral stories that define us. We can connect to the diversity of race, gender, and religions without the need to prove ourselves right or superior. We can connect to the suffering in the world with a deep desire and a comprehensive plan to reduce it. That’s what Kegan’s 5th order of consciousness looks like: We’re able to hold onto multiple perspectives at the same time, bound together by common questions, not letting ourselves be not thrown apart in the search of common answers.

Given the challenges we face in the world, the timing couldn’t be more right.

Kegan, R. (1998). In Over Our Heads: The Mental Demands of Modern Life. Harvard University Press.

Niemiec, R. (2012). 7 New Exercises to Boost Happiness. Psychology Today Online. One of the exercises is the gift of time.

Sisu, Not Silence: A Global Movement to Change the Narrative around Interpersonal Violence

A ballance of all 3 consciousness is needed to stay happy and meaningful. The article is lovely in its expression and intention.