Home All Engaging with Death
AllHome and FamilyTaking Action 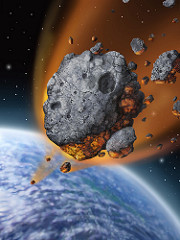 Editor’s note: This article was set to be published last Monday. But that was right on the heels of the deaths in Beirut and Paris and Mali. While the message is very relevant in the face of the uncertainty of life, it seemed just a little too close to the moment.

The term used in the article, memento mori, means “Remember that you will die.” It often refers to the practice of regularly reflecting on one’s own death to clarify perspectives on the present.

I have never traveled alone, at least not in the last 18 years. Most of my travel has been for family vacations, and when I have traveled for work, the children have found a way to come along.

A few weeks ago though, they could not. Their school was in full swing, and I needed to travel for a couple of weeks. It doesn’t sound like a big deal, but for my three younger ones, it was, magnified by the fact that their oldest sister was away at university and their father was also traveling for work. They felt vulnerable, and I could see fear writ large on their faces. In the days building up to the trip, I often caught them with woeful expressions searching for reassurance.

It was perhaps the general atmosphere of uncertainty, but somehow the trip began to haunt me. Terrifying thoughts are easy for me to summon on any occasion. Add to that the general fear around flying, and pretty soon I was foreseeing my own demise! If I were to die, I thought, how will my children cope? What memories will they have of me? What legacy do I want to leave behind?

Death certainly makes us uncomfortable. The desire to live on even after we die is why we form world-views through religion, nationalism, human rights, our work, or whatever other mechanism allows us to evade the shadow of personal apocalypse. 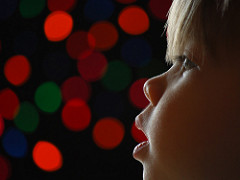 Wonder
But I discovered that something wonderful happens when we move beyond our defense mechanisms. People who have had near-death experiences can report a renewed energy for life. People sadly confronted with news of cancer can turn toward life with purpose and engagement after the initial grieving period.

My experience sounds insignificant (almost absurd) in comparison, but believe me it felt very real at the time. In those two weeks that I was forced to think of never coming back, I felt something shift within me. I became aware of the beauty of my world and the needs that I had become immune to. I marveled at the wonder of my children and their boundless energy, creativity, and love. I even began to notice my own gifts that I had hitherto played down in a peculiar combination of self-doubt and humility. If I had a chance to continue with my life, I promised myself, I’d live fully and consciously.

Back to Day-to-Day Life

As you’ve guessed, I came back intact. But the fear averted, I soon slipped back into the banality of chores and busyness. It was difficult to summon back the spiritual energy that I had briefly experienced. It seemed to have vanished with the thoughts of death. Somewhere deep down, I missed the life it had shown me. 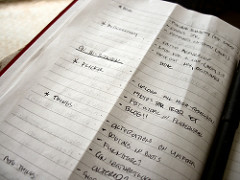 In some ways this is very strange. After all, nothing is more certain than that we will die. The last time any of us checked, the death rate still stood at a 100%. Nor can any technology calculate the time we have left in this world. It is odd that we find it hard to think about the most certain thing we know.

I wondered whether this was because we are optimistic to the extent of being disillusioned with the wonder of death. I could see a place for that optimism. It is perhaps the only way we can live in the face of the terrifying knowledge that our end is inescapable. But I wondered whether it was also beneficial to spend at least some time every day consciously thinking about my death.

As all this was churning in my mind, something new was added to the mix by pure chance. The twins had been studying the last ice age in class, and on this particular day, had watched a short video clip about a large asteroid hitting our planet unexpectedly. As we discussed it over lunch, my daughter threw me an unexpected question.

“What would you do if you knew that an asteroid was going to hit our planet in two years time?”

But I was not satisfied. Something deeper within me didn’t care about my own selfish life. Something much more profound remained convinced that there was a purpose to my existence. It was that something that did not try to extract meaning out of every experience, but held onto the faith that by giving myself fully to life, meaning will eventually emerge.

I knew then that I would live my life the way I had promised to do in the two weeks prior to my trip. Whatever part of me wanted to cling on to the idea of immortality felt weak in the face of an intense desire to truly engage with life and live by what mattered to me. 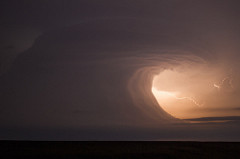 We have that powerful desire within us. We yearn to be faithful to our gifts and to honor our responsibilities regardless of what mystery the future withholds. But the more we live like machines, driven by the ideal of efficiency, the more we drive the mystery out and fill our lives with small pursuits that bring little lasting fulfillment.

There are many ways of connecting with this deeply human, perhaps divine quality within us. We are moved by a beautiful piece of music, We experience awe in nature and rapture in art. We feel elevated when witnessing acts of human goodness. We find peace in mindfulness, healing through writing, and meaning in philosophy and literature. But there was one more way of becoming whole.

By engaging with death, not as a woeful finality, but as a way of living fully, wisely, and wholeheartedly, we become who we are meant to be.

Algoe, S. & Haidt, J. (2009). Witnessing excellence in action: the ‘other-praising’ emotions of elevation, gratitude, and admiration. Journal of Positive Psychology. 4(2). 105-127. Link to a page where you can request the article.

McGilchrist. I. The Divided Brain and the Search for Meaning. Yale University Press.

This piece really spoke to me. I feel like memento mori is more meaningful than the idea of living like every day is your last because I’ve always thought that was too drastic. I really agree that should stop fearing the idea of death and we should stop being so uncomfortable with the inevitable; rather, I think we should embrace the idea of memento mori in order to live fuller lives.

Thank you for such a great contribution,
Colleen

Death is always a hard concept to grasp. One days, we and those around us will no longer be on this earth. A lot of people take this different ways. Some people are like “yolo” and do whatever they want. Others are fearful and live in fear of death. I would probably be on the side that live in fear. It is hard to understand and be okay with not existing one day. But I feel it would be better to engage with death and accept it. It would make living wiser. I agree with the concept of memento mori!

Death is something so taboo in the world and can be a very scary thing. I can also agree that I am very uncomfortable with the idea of death. I really like the idea of the memory of someone of the past should be rather celebrated rather than being mourned over. This really reminds me the Day of the Dead in Mexican heritage and its something I want my mindset on rather than fearing the inevitable.

Thank you Colleen for your comments. Yes its an uncomfortable thought, but only as long as we keep avoiding it. Like anything we fear, the more we distance ourselves from it, the more it haunts us. Keeping it in mind helps us live lives that we are less likely to regret and keep our focus on what matters.

I’m so glad you enjoyed the article. Happy holidays and wishing you much peace and happiness in 2016 and beyond!

Dear Chiamaka, you are so right in using the word wisdom. In the past, people did think about death on a regular basis to grow in wisdom.

And yes James, there were days to honour the dead and ways to include them with the living. We have sadly forgotten that, and as such are feeding our fears.

Thank you for your comments. Happy holidays and all the best for 2016!