Home All The Many Faces of Authenticity
AllIntegrityPathway 3 "Meaning"

The Many Faces of Authenticity 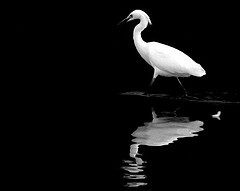 Ah, the proverbial coming of age at 18! I wonder how many of us actually make the transition from the turbulent adolescent years to a stable adult identity when we are biologically programmed to do so.

Looking Out versus Looking In

My sense of self emerged at a far younger age, steady and reliable, but alas, as separate from my real self as a piece of clothing from the body. It was this garb of expectations, mostly assumed and self-inflicted, that I wore for years until the disconnect began to suffocate me. A deep desire to connect inwards gave me the courage to let go of the safety of appearances and come face-to-face with the real me inside.

There was one problem though. I did not know this me. I had become so used to seeing my reality through the eyes of others that I did not recognize my own reflection.

In my efforts to relate, I searched for my defining characteristics and found them in the well-developed habits and natural traits that were a part of my unconscious behavior. This alignment with the virtues I considered most central to my sense of self gave me a level of well-being that had been missing for a long time.

Sadly, this well-being proved to be a passing experience. As time went on, I began to feel yet again that I was wearing a straitjacket. Strangely, it was no longer the demands of others that weighed me down. It was the freedom of not having to adapt according to external demands that began to confine me to a life of rigidity. I began to lose the ability to imagine other minds, and with it, the flexibility to act in ways that other minds would. In the consistency of my predictable persona, I was living a lesser existence. So I found myself desperate, once again, to find my authentic self. 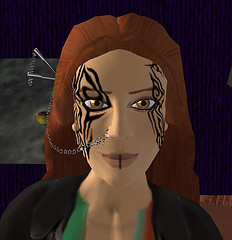 Authenticity is all the buzz-word these days. Cigarettes and vodka and just about everything under the planet are being advertised as the real thing to prove the product’s worth. Although a preference for the genuine over the fake is a part of our human inheritance, the current obsession with the real thing may be a sign of the discomfort with the emergence of a second virtual world where there is no telling the real from the synthetic. This has made us, as individuals, increasingly desperate to align our outer appearances with our inner realities in order to connect with our human essence.

However, this is not a one-day workshop. Instead, it is a journey into the vast vistas of the subconscious, the 95% of our minds that is invisible to us and yet affects our every behavior. Despite the hype of self-styled gurus, this is not an easy journey. Emerging as our authentic selves is like the birth of a child, sometimes risky and sometimes excruciating. But it is in this process that we see magic happen. The birth of a new being, the real us, has been long and patiently awaited. 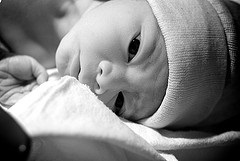 At its very core, this self is about connection and expressions of care. Our well-being is not independent of the people and the forces upon us. The basic moral virtues of humanity and justice are at the core of our moral matrix. These virtues may have evolved way before we came together in communities and began to believe in God and religion. Even capuchin monkeys are quick to challenge inequity and display an awareness of others that leads to empathy and reconciliation.

We, with our symbolic brains, have Heaven and Hell as divine justice when life and circumstances fail to level the playing field. We cannot be authentic unless we truly care about others, about creative expressions, about nature, about our place in the larger universe.

I had gone from one mask to another, from the semblance of authenticity to the rigidity of comfort. In my misguided assumption that authenticity was about owning a certain set of virtues that I believed to be most genuinely me, I was living only a version of what I could be. 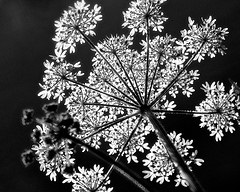 Then I realized that authenticity is not about well-developed habits or natural traits. Instead, it is about being present through the temporal flow of experience towards what truly matters to us, then making the conscious choices that connect us to others and that move us one step closer to the selflessness of transcendence. Authenticity begins with birth. But it continues as a life project. It is through this project that we find meaning in life.

This insight has opened me up to the many expressions of my authentic self. Confined no longer to the rigidity that alienated me from the oneness with life, I learn every day to adapt to changing circumstances while staying true to the core virtues that make us human.

It makes me think of life as a stage, where we play different roles. As an emerging actress, I have fumbled my lines and forgotten my expressions more than once. But I am maturing and slowly beginning to own my roles. Like Joanne Woodward in the Three Faces of Eve, I am learning to appreciate the distinctiveness of each self and the flexibility with which one transitions into another. I may not get an Academy Award for my acting. But in the coming together of my multiple selves, I’ve begun to discover the wholeness of being.

Medlock, G. (2014). Authenticity as a Core Virtue in the Normative Framework of a Positive-Humanistic Psychology. International Journal of Existential Psychology & Psychotherapy, 5, 50-63.

Life After Chocolate: Romance Over the Long Haul