Lesson in Gratitude: The Teacher Taught 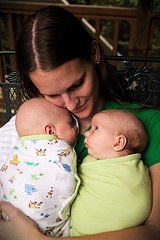 I guess it is the nature of parenthood to find your children ungrateful. Or at least not as grateful as they could be, should be or used to be. This feeling really hit me hard when my twins entered their teenage years. 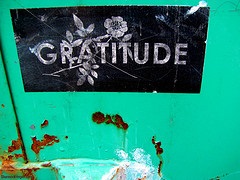 I understood the heightened activity in their limbic brains and allowed for some level of dissatisfaction and unhappiness with life. But when nothing was enough and their insatiable need for more began to cross boundaries, I knew that a good dose of gratitude was just what they needed.

I started with subtle reminders, stories of gratitude, and accounts of my own moments of satisfaction but sadly with little positive effect. In fact, they caught onto the real purpose behind the stories and began to roll their eyes and tune off every time I took off again. Out of frustration, I decided to implement the 3 Good Things Exercise. At the dinner table, they were to tell me 3 things they were grateful for.

As was to be expected, the idea was not taken too well. Those of us with teenagers know all too well how corny they can find interventions that fall on the opposite side of cool. I persevered but watched in despair as their facial expressions and thoughtless mumblings failed to gather enthusiasm. The futility of the exercise became clearly apparent. 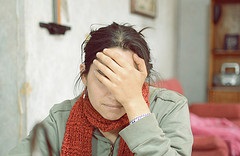 I wondered how long we could carry on the painful chore. Increasingly I wondered how reciting 3 things that brought momentary happiness to their day, such as a raise in pocket money or new phones for their birthdays, could possibly make them better individuals. How would it make them lastingly happier?

Somewhat disenchanted, I figured I needed to let go of my own attachment to their gratitude. Perhaps I was being unreasonable in being triggered by their lack of a strength that was in scarce quantity in adolescence for very real evolutionary purposes. Perhaps I was reflecting my own perfectionist tendencies onto them in wanting them to take center stage in the mirage of oozing gratitude that I envisaged. Perhaps I needed to stop reacting to their attitude of ingratitude and decide to let go and let live.

Give Up or Try Something Else?

But oh the complicated world of parenthood! How could I not ingrain in my children the strengths that would enable them to find happiness? How could I not be bothered by their perpetual sulking and continual boredom when I could empower them to change it? How could I possibly detach myself from the desire to plant in them the seeds of satisfaction that would lead to an appreciation for the miraculous lightness of being? 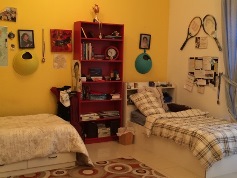 The answer arose in a strange twist of my own gratitude. It was a weekend morning and I remember being grateful, albeit somewhat suspicious, of the fact that they had both magically cleaned their room. My momentary surge of feel-good emotions was followed soon enough by the realization that these emotions were dependent on conditions that were barely reliable. I wanted instead a more dependable form of contentment that would last longer than the brief moments before they messed up their rooms again.

Standing there and agonizing over these thoughts, my gaze fell upon baby pictures that they had decided to hang behind their beds in the cleaning up process. I reveled in their toothless smiles and found my mind wandering down a barely trodden memory lane. It was the lane of their tumultuous prenatal journey and the frightening and uncertain days of their beginnings. How easily I had erased the memories of my little pigeons helplessly hooked up in their incubators. How completely I had forgotten the darkness of those hours that had seemed a hopeless eternity. How conveniently I had become ungrateful to the forces that had listened to my desperate pleas for the life and health of my little babies.

As tears of genuine gratitude flowed down my cheeks, I felt a strong urge to reach out and embrace not only my children but something much larger of which I was but a puny existence. I realized that I barely ever stopped to give thanks for the presence of my children in my life, nor ever conveyed to them the wholeness they brought, despite their emotions and attitudes. In my obvious displays of irritation, I had been sadly oblivious to the fact that when I had chided and lectured, I had often displayed the very same ingratitude that I harassed them for.

In the days that followed, I found a blissful sense of contentment engulf me. I began to see that gratitude is not simply about acknowledging the good in your life, but about being moved by the people and powers that silently shape its meaning. This place of calm was perhaps the equanimity that the Buddha had preached, the peaceful space that separated me and my desires. For it was here that the chaotic intensity of neurons gathered to form assemblies and fire in harmony. It was here that the free flowing river of integration allowed for brain waves to kindle and for insight to ignite. 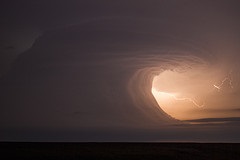 Another Experiment Uncovers a Need to Connect

I decided to ask my children to practice this very form of gratitude. Not the satisfaction that comes from having petty needs met, but the larger surge of appreciation that comes from the realization that we are nothing but a small part of a much larger whole. Surprisingly, no rebellion. In fact, some glimmer of intrigue and engagement.

Perhaps the original version did not challenge them. Perhaps they needed to look at life in a more reflective manner, exercising an emerging consciousness still in the making. It gave them something to think about. In their answers, I was moved to see that the same individuals I had thought ungrateful had a real need to connect and to belong. For beneath the layers of selfishness lay an amazing capacity to give back and make the lives of others worthwhile.

This is my nirvana. It’s not a detachment from what I want for my children. Instead, it’s a space to hold the desire in place and allow the coherence of a genuinely grateful mind to connect to the deep recesses of the subconscious and emerge valiantly bearing the answers that I sincerely seek.

This is beautiful, Homaira, thank you!

Lovely Homaira. This one’s a keeper!

Thank you Senia and Angus. I truly appreciate your heartfelt comments!

Lovely, Homaira. You bet your twins are lucky to have you as a Mom. I thought of coaching meta-view as I read you helping your kids learn AWE as did you. And Barbara Fredrickson’s 10 Positive Emotions. And Awe is an incredible feeling. Many thanks.

You are so right Judy. It is Awe that allows us to stop and take a moment to step back from selfish pursuits. Somehow they become petty in the much larger scale of things – the meta-view you talk about. Thank you!

Thanks and keep enjoying your double-dip-of-delight twins, Homaira.

I love your energy. Thank you!

Well done! Excellent reminder to be more aware of in day-to-day life with kids.

Hello, Homiera, in Muscat! I’m a international Middle School English Educator now back in the States for a school psychology degree. We visited Oman about four years ago after I fell in love with pictures of your beautiful country! I’m really struck by your words, “Gratitude is not simply about acknowledging the good in your life, but about being moved by the people and powers that silently shape its meaning.” My Personal Contribution for my School Psych Masters is going to be about developing a program for international schools to build resilience in middle school Third Culture Kids, and I want to ground it in positive psychology, but I’m still a beginner in this theory. Would you consider contacting me to share some journal articles/resources with me?

Yes I’d love to! I ran a 3 month program in Character Education for grade 8 students at an IB school here in Muscat – I would love to share some of what we did. My email address is homaira.k@hotmail.com

Muscat is beautiful these days thanks to the lovely weather. You should visit again.

I look forward to your email.