A Fresh Take on Meaning

George E. Vaillant, M.D. has studied adult development, including the lives of 800+ men and women for over 60 years as a Professor of Psychiatry at Harvard Medical School. His past books highlight many of his results in this field. His current book, Spiritual Evolution (2008), demonstrates the necessity of positive emotions for human development and survival.

His other articles are here.

If we are to find meaning in life, we must pay as much mind to our limbic “hearts” as to our neocortical cognitions. Our positive emotions evoke thought-action tendencies in humans that broaden human attachment to others and to community service. From thence comes meaning and purpose.

Are there reliable ways to create lasting purpose or meaning? You bet. We need to begin by paying attention to one of the great discoveries of late 20th century cognitive psychology: “Don’t Believe Everything You Think.” Both cognition and emotion are important in creating meaning, but sometimes the limbic system is ignored in favor of the neocortex. We need to ask ourselves: Does the meaning in our life come from the development of limbic love and compassion or does meaning come from cognitive purpose, efficacy, values and self-worth? 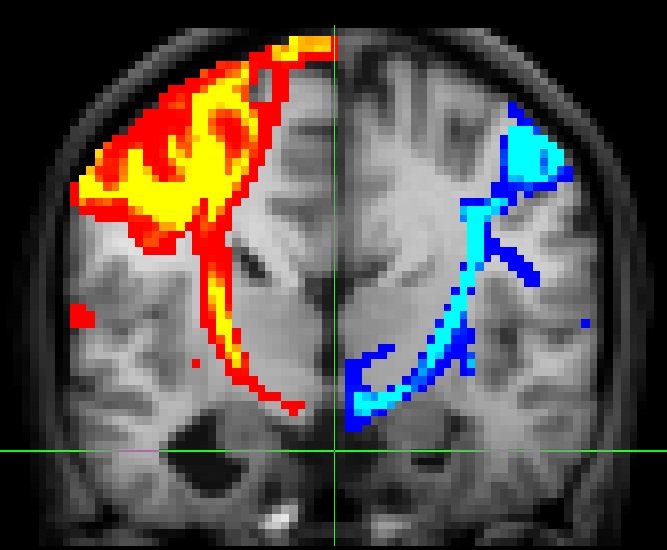 Cognitive scientist Michael Gazzaniga’s work on “split brains” has demonstrated that our linguistic facility and logical analysis—everything that academics hold dear—are localized in the left hemisphere. However, this does not make ideas causal to behavior. Rather it is the limbic emotions that drive the thought-action patterns that lead to behavior. Michael Gazzaniga has demonstrated that what he calls the “left brain interpreter” sometimes sees only the “trees” instead of the “forest.” Let me explain. A woman whose right brain was surgically separated from her left-brain was shown a film vignette that depicted one person throwing another into a fire. She [that is her surgically separated left brain hemisphere] responded: “I don’t really know what I saw . . . Maybe some trees, red trees like in the fall. I feel jumpy. I don’t like this room, or maybe it’s you getting me nervous.” As an aside to a colleague, she then said, “I know I like Dr. Gazzaniga, but right now I’m scared of him for some reason” (Gazzaniga, 1988, pp. 13-147). The left hemisphere was unaware of the woman’s emotional reality and had to grope for answers. That is the trouble academics have with meaning.

Where are the positive emotions in all this? To see meaning as due to purpose, values, self-esteem and efficacy is to judge the brain book by its cover. Positive emotions, not cognitions, are the engines that drive meaning. 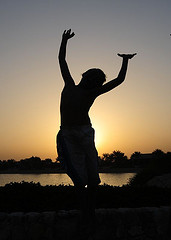 For example, Values are lost in post-modern relativism and historical change; only our positive emotions that under-gird values are immutable. Similar to the vitamins and basic food groups that provide true nourishment to the globe’s conflicting diets, positive emotions do not change.

Experiencing and giving love ignites the sense of our own Efficacy as no belief in self-importance can. In the words of Viktor Frankl, “Love goes very far beyond the physical person of the beloved. It finds its deepest meaning in his spiritual being, his inner self” (Frankl, 1959, p. 37). Attachment and compassion create positive satisfaction and the sense of fulfillment. But such meaning is emotional and based on limbic valence and salience, not cortical Purpose and Values.

Despite the promise of the Western Enlightenment to liberate the individual from the dominance of community, as the lives of Narcissus, King Midas, Howard Hughes and Paris Hilton illustrate, there is little lasting meaning in achieving Self-worth. The essence of finding meaning is not to think more (or less) of ourselves but to think of ourselves less. The essence of meaning is not what we admire in ourselves, but what others love about us.

An American mountaineer was building a school for an isolated village in East Pakistan. Because the village headman, Haji Ali, agreed with building the school – and he was going to educate girls – he was threatened by neighboring Islamic fundamentalists and had to give twelve village rams to the powerful neighbors. The American felt terrible about the village’s sacrifice, but Haji Ali beckoned the American to sit beside him at the fire.

He picked up his dog-eared, grease-spotted Koran and held it before the flames. “Do you see how beautiful this Koran is?” Haji Ali asked.
“Yes.”
“I can’t read it,” he said. “I can’t read anything. This is the greatest sadness in my life. I’ll do anything so the children of my village never have to know this feeling. I’ll pay any price so that they have the education they deserve…long after all these rams are dead and eaten, this school will still stand.”(Mortenson and Relin, 2007) (p.153).

Haji Ali’s’s life had meaning, love, hope and compassion; and it arose from his limbic “heart.”

Frankl, V. (1959). Man’s Search For Meaning. New York: Simon and Schuster. A newly revised and expanded version of From Death Camp to Existentialism.

Some of the most satisfying times in my life have had very little to do with a congruence between my cortical values, purpose, and self-worth. Sitting with my family members that have a different value structure than I do, watching a terrible move that is neither pleasurable nor congruent with my values can nonetheless be one of the most positive and meaningful moments. Why?

The most satisfying and “connected” times in my life have come from moments when I feel positively emotionally attached to other people, loving them and feeling loved. Out of that connection comes positive emotions which in turn help build and bolster my sense of purpose and efficacy in the world.

Your statement here puts into words the conflict that I have always sensed and yet couldn’t put my finger on:

“Values are lost in post-modern relativism and historical change; only our positive emotions that under-gird values are immutable.”

In our society where anything goes, what are values anyway? Pleasure? Hardly. Thank you for a wonderful article. Thank you for refocusing us on what truly matters.

Dear George, I love your delightful, refreshing multi-brained thoughts! An intellectual who speaks from his heart: what a gift you have. Thank you for enriching our world with your wisdom and your loving spirit.
Christine

Dear George
What to say?
I love you man!
(Probably only works for those of us born before 1960 – it meant something in succeeding years).
I am half-way through Spiritual Evolution, a gracious book. You combine science and humanity, the lived experience, truly remarkably.
Fabulous. Science, religion, history and indeed grace have weaved their ways through my families lives over the last 200 years – doubtless longer – intermingling and clashing.
I like to think, for I am in Edinburgh, that David Hume would bounce with joy (shouting ‘reason is and only ever should be the servant of the passions’) and would dance with Smith around the room. And with Krishnamurti.
And then sit down in the morning and think ‘So what now?’ – Ken Wilber, I don’t think so, naye neither do I. Best go looking then.
Lovely short piece
And fabulous work over a lifetime

We think alike, for sure. Thank you for your heart-filled approach to positive psychology!

I love these sentences: “The left hemisphere was unaware of the woman’s emotional reality and had to grope for answers. That is the trouble academics have with meaning.” Meaning is slippery and often not quantifyable, so I guess that makes it hard to scientifically study. But I’m so glad you’re reminding us that there’s more to life than what we can measure.

I am also struck by the irony of Haji Ali’s commitment to building the school, so that the children of his village will be able to gain enlightenment through the reading of the Koran. Seems that he has done just fine with gazing at the beauty of the book’s cover…

Ever your fan,
Kirsten

I absolutely love your newsletter

I’m not sure I get it. You people are applauding Dr. Vaillant’s thesis which posits that spirituality has been validated as an evolutionary adaptation. Fair enough. But if that is true, then the associated values which he holds to be immutable are not that at all. Rather they are perfectly elastic as long as they provide a competitive advantage to the individual. The behavioral characteristics of human beings are radically diverse. The theologian perhaps can assign superior moral value to one set of behaviors over another. But the scientist can’t using science alone. From a Darwinian perspective, benevolence as a competitive advantage at one point in time could be swept away instantly by a violent horde led by a new Genghis Khan. And suddenly the competitive advantage lies with the ruthless. Once you surrender to science as the sole basis for human cognition, morality becomes totally contingent and is no longer useful as an explanatory device. Murder and generosity are merely biochemically driven behaviors with no moral distinction. Because under that rubric, morality itself is an artifact. Darwinism and morality, if you are in for a penny – you are in for a pound. Sorry…

This is the only article I’ve read while on vacation in Italy, and I’m so glad that I did.

I can always count on George to help me connect with a very special part of my being — I can’t wait till I’m situated in London and able to go shopping for his newest book at the store!