Pursuing Purpose: A Cause or Result of Feeling Connected? 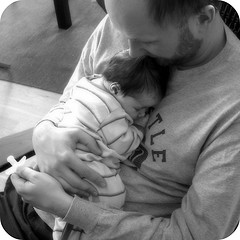 The pursuit of purpose has been on my mind lately, as I slowly return to a career in music. I originally left this career because I felt it was nearly impossible to pursue a purpose through it. Looking back, I was a little myopic. I have since found music to be the most meaningful thing that I can offer the world. One reason is because no one else can put together the notes and ideas the way that I do, so it’s particular to me. Apparently, I value this very much. But uniqueness as a value is a topic for another time. Today I’d like to tackle relatedness and how it relates to purpose.

Quick Refresher on the Basic Needs

Ryan and Deci suggest that we all require the same three basic needs to thrive: Autonomy, Competence, and Relatedness. Autonomy is a sense of freedom and choice. Competence is a sense of mastery that comes from experiencing our skills being honed. Relatedness is the feeling of connection and identification with others. Of the three, relatedness seems the toughest to connect it to other theories and constructs. Still, I’d like to explore it a little.

I am now spending the majority of my time composing and writing songs, and my mid-morning outing to procure coffee is my primary interaction with other human beings. That’s a little bit of in-the-moment relatedness, I suppose, but usually the exchange is as minimal as it can get.

Though my day-to-day routine is pretty devoid of human interaction, I don’t feel the sense of loneliness that I used to experience. Maybe this is because I’m getting old(er). But I also think that my motivation for writing is entirely different these days. I frequently write songs as gifts for others. The best example is a lullaby I wrote for my baby niece. I intended this song as a gift from the moment I started writing it. I think this qualifies as a purpose. I was also in flow as I worked on some aspects of it (I’m not sure you can sing without being in flow), and I was certainly following my own interest as I chose the notes, harmonies, rhythms, and lyrics. In sum, I think that the process of creation was both purpose-oriented and intrinsically motivated.

This little three-minute piece of music has turned out to be a major point of connection with my brother and his family. He sings it to both of his daughters every night (though his older daughter has her own special lullaby, too, she only wants to hear this one), and they occasionally text me about how one of the girls sang along. Sometimes they just call to tell me how much they appreciate it. 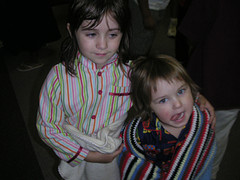 Looking back on this experience, I can identify the sense of relatedness that prompted the song, the connection to this new little person. I can also see the other basic needs in there: the autonomy because I chose everything about it and a competence because I felt that I was making something that really suited my niece. This little gift has created much more relatedness in a tighter bond with my brother and his family. It seems to have that upward spiral shape so prevalent in well-being research.

What Does Research Say about Relatedness and Purpose?

Pavey and colleagues have found some evidence that feelings of relatedness can inspire prosocial behavior. The study consisted of three experiments. The first was a sentence arrangement task and a word complete task with instructions that primed either relatedness, competence, or autonomy. To give you an idea of how this priming effect worked, here are the instructions to prime relatedness:

The researchers who developed this task are interested in your unique language style, and really appreciate and value your input. Do as best you can on your own, but please feel free to ask questions at any time; we are here to help and support you if you feel you need it.

In addition to instructions that primed each of the basic needs, priming words were contained within the tasks themselves. Those primed with relatedness showed a much higher interest in potentially volunteering, but it wasn’t clear what about the relatedness prime caused the difference. 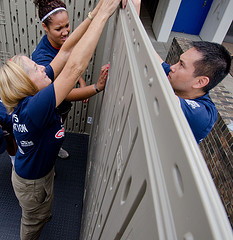 The researchers hypothesized that the effect in the first experiment came from feelings of relatedness, so in the second experiment, they had participants write about experiences that promoted feelings of connectedness to others, autonomy, or competence. Again, the relatedness group tended to have stronger prosocial intentions.

They designed the last experiment to distinguish between empathy and relatedness. Empathy, known to increase prosocial tendencies, is an other-oriented emotional reaction to seeing another person in need. Relatedness, according to the researchers, is a feeling of bonding, connectedness, and identification with others. They controlled for empathy and mood, to be sure that they were seeing effects of relatedness. In this last experiment, experimenters used the same relatedness manipulation as in the first study, and used an objective measure of prosocial behavior: how much participants donated money to charity. Relatedness came through as sufficient without empathy or mood to create a significant increase in donation amount.

This differentiation between relatedness and empathy is consistent with my lullaby-writing experience. I wasn’t writing it because my niece was in need of it to alleviate some kind of suffering. I was just thinking about what I want this little person to feel and think before she falls asleep.

Altogether, these studies indicate that feelings of relatedness can increase prosocial tendencies. While this is helpful, the experiments only tested momentary prosocial behavior. It’s still unclear whether relatedness would increase actual effort spent in helping other people, and whether the effort would continue as these feelings dissipate or change.

A Key is Mattering 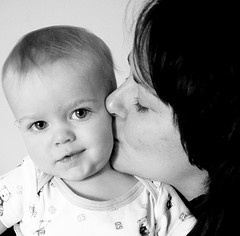 To answer whether prosocial behavior increases relatedness, I look to a longitudinal study. Using the Wisconsin Longitudinal Study Sample, Piliavin and Siegl found that people who participated in other-oriented volunteering had better psychological well-being, and that the underlying reason was mattering. They define mattering as feeling noticed by the world around us, feeling that we are a significant part of the world around us, and feeling that we are relied upon in some significant way. Weinstein and Ryan imply that this construct of mattering is a proxy for their construct of Relatedness.

This construct of mattering seems very similar to the feeling that we are a part of something greater than ourselves. Taken together, this research suggests that a sense of meaning might be embedded in the basic need of relatedness, which both contributes to and results from prosocial behaviors.

And if you’re having trouble falling asleep, here’s a link to the lullaby.

Like you, one of my favorite activities is creating songs for others, which for me is sometimes simply modifying lyrics and performing the piece (vocal + instrumentals). It creates a sense of competence, relatedness and connection (not to mention plain old fun!) all at the same time. From a practical standpoint, it seems like splitting hairs to look at the specific effects, though this is useful in the broader context; for me, it’s enough to know that this is very much worth doing and repeating!

However, I missed the link to your lullaby–did you include it in your post?

Sorry, your hyperlink was right in the post. My apologies!