The Heart is a Guide 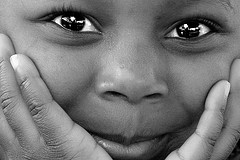 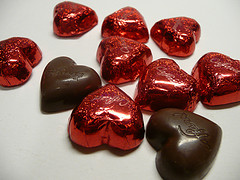 Valentine’s Day is upon us, the time of chocolate and red hearts. This association of love and hearts got me wondering. What do we know about the heart and positive emotion?

Karina W. Davidson and colleagues found that higher levels of positive affect were protective against 10-year incident coronary heart disease. In 1995, trained nurses interviewed 1,739 Nova Scotians with no prior history of heart disease. These interviews were videotaped and then coded for positive affect, defined as a combination of smiling during the interview and positive responses to questions about affect. Later, looking at ten years of health data, they found a 22% coronary artery disease risk reduction for a difference of one point of positive affect on a 5-point scale.

This is in line with work by Barbara Fredrickson and Robert Levenson. In 1998, they found that participants who smiled spontaneously were able to relieve their hearts more quickly of cardiovascular changes brought on by watching a sad film.

Let my heart smile
through my eyes

While these findings only show associations and not a causal link, it doesn’t mean there isn’t one. Countless intervention studies have shown that stress and depressive symptoms can be reduced with increased positive emotion and increased optimism, which gives reason to think that positive interventions could also affect cardiovascular health. Cardiac vagal tone is one physiological measure that is already being used in positive intervention research.

“It is very important to generate a good attitude, a good heart, as much as possible. From this, happiness in both the short term and the long term for both yourself and others will come.” ~ Dalai Lama

Jonathan Haidt has described the feeling of elevation as a warm, tingly feeling in the chest. Dacher Keltner suggests that this is due to the massive number of oxytocin receptors in the vagus nerve, which wraps around the heart and other internal organs and serves as a key component of the parasympathetic nervous system maintaining the resting state of internal systems. 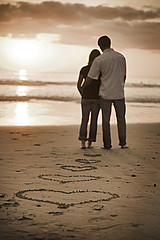 The functioning of the vagus nerve, “which regulates heart rate in response to safety and interest,” according to Bethany Kok, can be measured with vagal tone. Vagal tone is a measure of variability in heart rate associated with respiratory patterns. Kok and Barbara Fredrickson have found that vagal tone and positive emotions seem to influence each other in a reciprocal, upward spiral fashion over time. High vagal tone has been associated with greater positive emotionality, optimism, and emotion regulation. People that already have high vagal tones show greater gains over time from experiencing positive emotions.

In a recent experiment, Kok and colleagues specifically looked at how social connection might affect vagal tone. Participants attended a one-hour class on loving-kindness meditation weekly for six weeks. Loving kindness meditation involves cultivating feelings of love and compassion for the self and others. For 61 days, participants reported how much time they participated in meditation or spiritual activities, they rated their emotions for the day, and they rated how connected they felt in three social interactions of the day. Their vagal tone was tested before and after the intervention.

“The most beautiful things in the world cannot be seen or even touched, they must be felt within the heart.” ~ Helen Keller 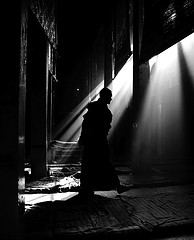 Vivien Ainley and Manos Tsakiris explored how awareness of heartbeat might relate to body image. The researchers asked 50 female students between the ages of 19 to 26 to count their heartbeats by listening to their bodies. They then were asked to rate themselves on the objectification test developed by Barbara Fredrickson’s team 1998, in which participants ranked 5 body attributes and 5 competence attributes (e.g., energy, strength) in importance to their physical self-concept. The results showed that women who have more internal awareness of their bodies tend to think of their bodies less as objects than women who are less internally aware. From my own standpoint, internal awareness might fall into a mindfulness category, while less objectification might be akin to self-compassion.

In a 2011 experiment, researchers found a different way of connecting the inner and outer awareness of the body. They asked people to count their heart beats to determine their interoceptive awareness, and then determined their external body awareness by showing a rubber hand being touched as the participant’s own unseen hand is touched. Those who were less affected by the touching of the hand tended to have more accurate awareness of their heart.

Altogether, this research is telling us that the heart is an important organ in our emotions and our self-awareness. I’m looking forward to seeing how this research unfolds. Considering how frequently the heart and emotions are mentioned together in a sentence, I’d be very surprised if there wasn’t a lot of truth to it. Maybe seeing little heart-shaped candies and red roses everywhere this week can remind us to see things a little more optimistically and to check in with our own heart beats. I’ll leave you with a quotation.

“Your vision will become clear only when you look into your heart … Who looks outside, dreams. Who looks inside, awakens.” ~ Carl Jung

Thank you for your article. There is a school of meditation that involves focusing on your heart – I think it comes from the Sufi tradition. Puran Bair in his book “Living from the Heart” describes it.

Sorry for the confusion — Seeing the rubber hand be touched created the illusion for some that the hand was part of their body. Those who were less accurate in detecting their heartbeat were more likely to be swayed by the illusion, which suggests that how well you are in touch with your body internally can affect your perception of it externally.

And interesting about the Sufi meditation. Thank you for making that connection. I haven’t heard of it, but I’m fascinated by various types of meditation.

Another way to look at this is: no vagal tone – no upward spiral.

By the way, chanting “banana” to yourself may also increase vagal tone. Transcendental Meditation is just reciting a mantra like the word “banana.” See, for example: http://www.ncbi.nlm.nih.gov/pubmed/16772250

What a rich conglomeration of articles. Lovely. Thank you.
Incredible the interaction of physical and emotional, isn’t it? Thanks for more clarification about it.

I have a question – which is the cause and which the effect? In your reading of these articles, do you think it’s cyclical – physical and emotional influencing each other, or do you think one generally precedes the other?

Kathryn, on editing, beautiful choice of picture for this article with the Tibetan monastery.

Since smiling is an expression of positive emotion and can also cause positive emotion, it probably affects your heart to smile, even when you aren’t initially feeling happy. (Though, I believe there’s also some research showing that “service industry” smiles can have detrimental effects, so, there’s important nuance there.)

I came across a study a few years ago (but couldn’t find it again) on vagus nerve stimulation in epileptic patients, and it mentioned that patients reported improvements in mood, so it seems pretty likely that these are reciprocally related. It seems like an optimism intervention study would be a good place to start, since optimism is so robustly related to vagal tone.

Thanks for the stimulating question, Senia.

Senia – Vagal tone is a measure of self control so the muscle analogy is very appropriate given Roy Baumeister’s perspectives.

That’s pretty cool when the entire body works together like that if it is in fact cyclical between the different parts – physical, emotional, etc. Thanks, Genna!

Thanks for the clarification. Bair’s meditation was quite powerful although I now prefer ‘observing the mind’ (and my god there is a lot of rubbish in there *lol*) and “loving kindness .. well at least for now 🙂