A comedian on a late night talk show was recently discussing how he felt about turning 50. He said his friends tried to cheer him up by telling him that “50 is the new 40.” To this attempt at positive re-framing, the comedian promptly retorted, “Yeah, and rain is the new sun!”

There is no escaping the “graying of America” as a demographic fact. The 2005 U.S. census estimates that the group known as “baby-boomers” (defined as individuals born between 1946 and 1964), is comprised of approximately 83 million individuals ranging in age from 41 to 59 years of age. In the not too distant future, 20% of the U.S. population will be over the age of 65. By the year 2050 it is estimated that the average 65 year old will live to age 90. Increased longevity, earlier retirement, and societal trends that embrace a wider set of life choices and options, provide an opportunity for this generation of baby-boomers to re-invent what it means to grow old in the twenty-first century. For many, the prospect of 20+ years of “R&R” is not met with joyful anticipation but concern over how to spend this time in a productive and satisfying way.

If the agenda of the first half of life is social, meeting the demands and expectations our milieu asks of us, then the questions of the second half of life are spiritual, addressing the larger issue of meaning (Hollis, 2005, p.86).

Meaning as We Age

Carol Ryff is the Director of the Institute on Aging and Professor of Psychology at the University of Wisconsin-Madison. Ryff found that there were certain dimensions that correlated with well-being in individuals at certain ages: these include self-acceptance, positive relations with others, autonomy, environmental mastery, purpose in life and personal growth. In a study where the mean age of middle-aged participants was 49.85, and the mean age of older participants was 74.96, Ryff found higher levels of depression with age, correlated with lower levels of purpose in life and personal growth. Ryff’s studies showed sharply declining trend lines from middle age to older age for both purpose and personal growth. She states: “it appears that even well-educated, healthy, economically comfortable older adults face significant challenges in their efforts to maintain a sense of purpose and self-realization in later life” (1989, p.1079). Accordingly, an examination of what it means to live “meaningfully,” has enormous relevance to individuals in mid-life. 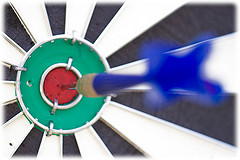 One of the ways in which meaning can be cultivated is through the pursuit of personally significant goals, according to Robert Emmons, Psychology Professor at the University of California at Davis. Emmons states that goals allow lives to be meaningful and worthwhile and orient people to what is valuable and purposeful. Goals provide order and structure to life which is an important element as people age and find that they have increased free time and declining commitments (e.g. work and family obligations), that structure how their time is spent. Emmons states that all goals are not created equal. He refers to the “dark side to the American dream” as the emphasis on external goals such as fame, fortune, success, and social recognition which correlate negatively to well-being and vitality. It is the pursuit of intrinsically motivated goals that are congruent with personal resources and values which contribute to a strong sense of meaning and are associated with life satisfaction and happiness. 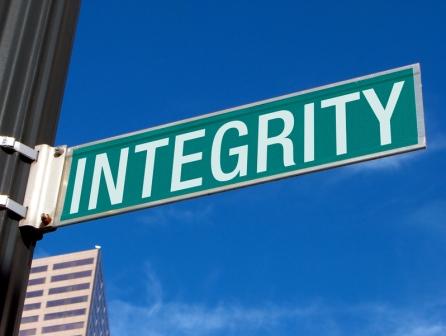 The pursuit and attainment of goals contribute to self-efficacy (the concept of “I think I can”). In a study on personal projects, Psychology Associate Professor at York University, Ian McGregor, and Psychology Professor Brian R. Little who holds joint appointments at Carleton University and Harvard University, found that in the domain of goals, efficacy and meaningfulness are two distinct issues. All of us know people who are successful in the most traditional external trappings of the “American Dream” and yet suffer from feelings of disconnectedness and disillusionment in the midst of their abundance. McGregor & Little’s research showed that personal project efficacy went hand-in-hand with happiness and that meaning went hand-in-hand with personal project integrity (the degrees to which projects were consistent with core elements of an individual’s identity and values). In a study of 110 senior level managers at or near the top of their organizations, the two researchers identified an integrity shift suggesting the limitations of sole reliance on efficacy as a well-being strategy. Their research showed that highly successful executives had habituated to their success leaving integrity as the primary source of their well-being and that concerns with efficacy had been supplanted by developmental concerns of generativity (leaving a positive legacy and guiding future generations) and meaning.

Positive psychology has much to offer individuals reflecting on the question of how to flourish in the second half of their lives. Past achievements and accomplishments will provide a road map of your talents and skills and the domains in which you have cultivated self-efficacy. A growing body of research is showing that balancing these with activities that are true to yourself and consistent with your identity and core values may hold the most promise for lasting personal fulfillment in Act 2 of your life.

Hollis, J. (2006). Finding Meaning in the Second Half of Life: How to Finally, Really Grow Up. Gotham Books.

Food Influences Mood: How to Feed Your Brain for Optimal Functioning

Thanks for this great article. I am also very interested in the topic of meaning.

It seems like there are a couple of confounding issues for people as they age. One that springs to my mind is that as we age we become physically limited in our activities. Therefore, we can’t necessarily contribute to the world in ways we have in the past. We need to recraft our contributions. The other issue that’s worth talking about is our culture’s focus on youth — not just the obsession with beauty, but also the value we place on youthful contribution. The wisdom of age has not held a high place in our value structure, which would lead aging adults to feel less valued. So how can we, as a culture, move to placing more value on the contributions of older Americans?

Gail – But what about the aging paradox – we become happier as we age. Perhaps goals become less important and we learn to be satisfied with what we have. See my blog for the article – http://www.innate-intelligence.com.au/blog/?p=233

Gail, Wayne’s comment sparked this idea for me – I’ve also heard about the Wisdom Paradox (Dr. Elkonon Goldberg) – that we become wiser (and more able to synthesize ideas) as we age. Really enjoyed the point about integrity.
Best!
Senia

Thanks for the great article. I was fascinated to learn about the crucial distinction between goals for efficacy/externals and goals for integrity. I can see why this is so important as we age– and I also believe it’s coming to be more important for young adults. Thanks for your insights.
Best,
Christine

Senia – research shows that as we age we get calmer – a powerful positive emotion that is often overlooked because its so subtle. Perhaps calmness and serenity have something to do with both the aging and wisdom paradox. Or perhaps age just allows us to put things on perspective.

Wayne, perhaps you’re right – perhaps calmness is the mediator variable – for both happiness and wisdom. On a non-research note, speaking as a focus group of one, I definitely get calmer as I get older.

Thanks for all the great comments. As in all things, there is not one simple answer to this question as to what makes for flourishing as we age. Goals and meaning have a role to play for sure, but so do things like relationships and community to combat isolation and loneliness. These ideas are not unrelated as often in the pursuit of goals with internal integrity, we are brought into contact with other like-minded people who add richness to our lives in ways not contemplated at the outset.

Hi Gail from Marcia Muskat
Your piece speaks to me about ‘projects’ and their ability to make otherwise forgettable moments, meaningful and memorable. Though it also recalls when as a young child, in an effort to move me in a forward direction, my mother would say “Marcia, let’s not make a project out of that”. But kidding aside, you have reminded me of how to turn just anyday into special days via a project.
FYI: I thought of you when I read the New York Times article:
Even if You Can’t Buy It, Happiness Is Big Business
By PATRICIA LEIGH BROWN
Published: November 26, 2008