Home All Praise for the Morning
AllHabitsTaking Action

Praise for the Morning 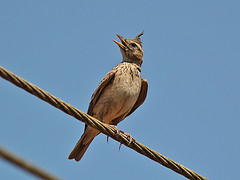 I’ve always loved the early mornings, although it hasn’t always made me popular with family and friends. I have a sense that I am wired similarly to other larks, but very differently from the night owls who find my early bed times baffling and my early starts bewildering.

So I was intrigued recently to find that getting up with the lark has proven scientific benefits, not just the emotional ones I enjoy. It got me thinking and inspired me to do a little more research. It turns out there are some real benefits to early rising. Here are five advantages to being an early bird that might entice you to try it.

As part of their research on flextime, a University of Washington team found a morning bias in favor of people who started work early. If you’re early to rise and early to work, the chances are your career prospects will be enhanced. So say Christopher M Barnes, Kai Chi Yam and Ryan Fehr in their recent Harvard Business Review article. 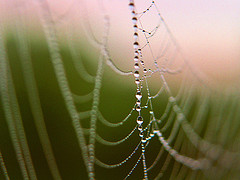 Essentially, early starters were perceived to work harder and be more productive by their superiors, even when they had the same levels of productivity and number of working hours as those who came to work later. The team will be publishing their full paper in the Journal of Applied Psychology later this year.

Our brain chemistry plays its part, too. In his video How To Make Better Decisions, Baba Shiv, expert in neuroeconomics and marketing professor at Stanford Business School, explains that neuromodulators such as serotonin and dopamine have a significant impact on who we are and how we behave. He concludes that it’s best to make decisions in the morning. Our hormones are at their highest levels, and we are more likely to take chances and defy the status quo.

I personally wonder if the odds are stacked against night owls when it comes to willpower. Work by social psychologist Roy Baumeister and colleagues shows that our willpower fatigues over the day, especially if sorely tested. So while we may start out with good resolve and intentions, by the end of the day our willpower is lessened and our ability to exercise self-control is weaker. Night owls spend more hours in the evening, a time that seems to me to contain more temptations than earlier in the day. But that’s my own speculation. I know of no research to back it up. 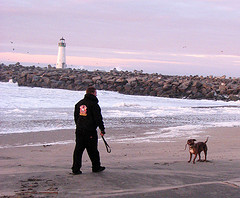 Learn from the Leaders

For me, early starts are invaluable. Whether I journal, walk my dog, write, or just have a quiet coffee, I use the time for inner focus to ready myself for the hurly burly of a busy day. I’m not alone, and I can sometimes feel like a low achiever when I read what other early risers do at this time of day. I recall being simultaneously exhausted and inspired last year when I read the Business Insider blog by Max Nisen and Gus Luben, who cite 29 business leaders who attribute their success to their early rising habits.

Early mornings with their potent mix of energizing hormones and neuromodulators allow successful people to put in place the things that feed and nourish them. Whether it’s meditating, jounaling, responding to emails, making decisions or going for a six-mile run, positive psychology considers these proactive daily rituals a positive step to creating a flourishing future. 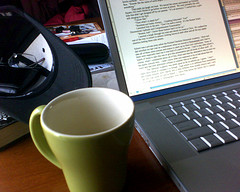 I wrote last month about journaling as a centering practice known to improve well-being. For early risers, the morning is a wonderful time to write a journal entry, to take stock of the day ahead, and stay proactive. It helps keep them aligned to their values, goals, and the priorities of their strategic vision, regardless of what’s in store.

As the day unfolds and gathers pace, our focus tends to shift from inner to other and outer. Daniel Goleman’s latest attention research on focus as the hidden driver of excellence, emphasizes the importance of being nimble and balanced at moving across these three spheres of focus to create a well-lived life. Making some time for oneself early in the day helps ensure the day has some inner ballast and isn’t totally skewed to an excessive focus on the demands from others and the outer world.

A final benefit of early mornings is that they give us a sense of awe and wonder. David Pollay wrote a great post here at PPND about the positive rituals of awe and gratitude to start the day. One of the most universally popular hymns at weddings and funerals is the hymn Morning Has Broken which captures that sense of newness and wonder each morning brings, feeling like it is the first morning and the first song of the blackbird. Nothing, for me, has quite the specialness that I feel when I sense I am witnessing the birth of a new day, before the rest of the world has quite arisen. It is quite the peak experience. Accessible every day.

However I am aware of the irony that if we all leaped out of bed early, this beautiful, awe-inspiring, still, unspoilt time wouldn’t exist, so I say a word of gratitude for diversity and difference and a special one to the owls for staying in bed that little bit later.

I’ll do you owls a deal. You bliss out during the specialness of quiet night time, and I’ll happily do the morning shift.

First of all, I love mornings.
More importantly, I really enjoy your voice in this article.

It’s lovely – this article reads like a pleasant morning – not rushed, just readying oneself for the day.
Thanks, Fiona!

So I am definitely a night owl and I have tried to be a morning lark and believe me, it does not work. Of course, I wonder about things like willpower – does it matter what time of day you are at, or does it matter how long you have been awake and how many decisions you’ve already made that day? Is my willpower at noon the same level as yours (Ms Morning Lark) at 8am because I got up at 10am and you got up at 6am? While I agree there seems to be a positive association (halo effect?) for early risers, I argue that the night time is also a very productive time for me – and people often ask “how does she do it” with the work that I produce. It’s largely between 9-11pm, when my house is quiet and the kids are in bed. I would stay up later, but I have to get up at 6:30am to start the day – seems like those morning people have great influence on the way society works, with early starts to schools and workplaces. 🙂

Hi Lisa
Funnily enough Kathryn and I (Kathryn is also a night owl) were having this very debate. I think you raise an excellent point and to be honest there is no research about the willpower aspect that I am aware of. However, I have seen some research about different “chronotypes” that suggest that we have physical differences in our brains in terms of early risers (larks) and night owls ( Aachen University) . So, I actually agree we should work to your strengths and brain wiring preferences..& think you are wise to stay with your own productive methods. I can picture your peaceful productivity in your quite night time house.
Fi

Karl Jaspers said that the main distinction in personality is between morning and evening persons. I m very glad that someone from the positive psychology community embraces this issue in research. What could be more practical and experiential?