Management Mantras that Make a Difference 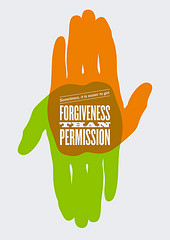 As a managing director, leadership coach, and parent, I’m always open to advice that can better inform my approach, attitude and style. After all, what might start out as helpful nuggets, often known as “laser inputs” in coaching, could easily become the guiding principles in all areas of life.

Meaningful, valuable, and insightful business advice is like gold dust. Here are four gems that have made a significant difference to me as a leader over the years. I still pass them on to this day.

Mantra one: Catch them when they’re doing something right.

I have The One Minute Manager by Ken Blanchard to thank for this. 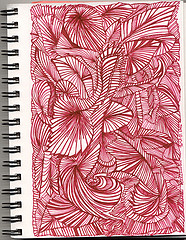 Different use for red ink

In my early twenties, I was given my first person to manage. He was considered a weak performer, and nobody was keen to have him in their team. We started our relationship with me in hypercritical mode, highlighting his mistakes and scrawling red ink over his written work.

I gave it a try. The difference was staggering. This guy strengthened, improved, and blossomed on a daily basis. Within six months, other managers were seeking him out. He left me to go and work as a senior manager in an Asian office, and his career has continued to soar rapidly.

Even now, this mantra informs my leadership style, inspires my approach to coaching, and fuels my interest in positive psychology, a field that builds on what we are doing right, what enlivens us, and what strengths we display.

This was a big one for me. Newly promoted to joint managing director and responsible for 120 people in a buzzing media agency, I found myself stymied by bureaucracy, budget freezes, and the weight of international hierarchy. Then my first executive coach introduced me to this phrase.

I felt released, liberated even. It galvanized me to get on with things without waiting for permission. As success started to build, I realized how important it is to have someone fly under the bureaucratic radar and make things happen.

This mantra is responsible for most change initiatives, evident throughout the business community. In their Harvard Business Review article, The case for stealth innovation, Miller and Wedell-Wedellsborg explored its impact on businesses, providing real-world examples achieved under the radar.

In truth, I think I rarely had to beg forgiveness. People are just relieved that someone took the initiative and gained great results.

Mantra three: People respect what you make them inspect. 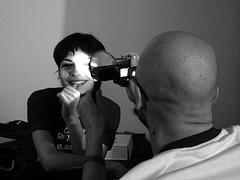 In my early days as a leader, I learned the importance of the sound bite, of managing up, and of self promotion, the thing most women dread and abhor, doubly so if you’re British.

It’s not enough to hope people will notice your work. They won’t. Everyone is far too interested in their own stuff. Psychologist Gilovich and colleagues call this the Spotlight Effect. We wildly overestimate how much attention other people are paying to us and to our work. In her book Lean In, Sheryl Sandberg refers to this as the Tiara Syndrome, waiting for someone to notice our hard work and reward it with a tiara.

Throughout my time as a coach, I’ve observed this syndrome affecting both men and women. Irrespective of gender or aversion to self-promotion, to get your work noticed you have to attract the attention of the relevant stakeholders.

In short, give stakeholders a helping hand to inspect your work. Then you can enjoy the respect your efforts deserve.

Mantra four: Do what ONLY you can do.

This one has served me well since I set up my own business. I repeatedly use it as my guiding principle. It’s from Peter Drucker’s brilliant, practical, and far-reaching management advice linked to his concepts of the front room and the back room. 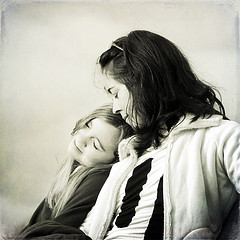 Only I can be my children’s mother.

If an area of your business is weak and you have poor competence, confidence, and energy, it’s your back room. If other people do it with passion and excellence, it’s their front room.

Put another way, if it’s something only you can do then that’s what you should be doing. I’ve found this especially powerful around all my work life decisions. Eric Barker in Time magazine covers this point nicely in his recent article on achieving work-life balance.

I use this mantra when faced with any classic work-life quandary. Only one person can be the version of me as mother and, if that role comes into conflict with something else I’m being asked to do, I know which one wins. If I am in a state of overwhelm, I’ll run through my list and focus on the things only I can do, then delegate the rest as best as I can. Our unique contribution is what makes the difference in the world.

What are your mantras?

These four management mantras are amongst thousands I have heard over the years and no doubt shared and acted upon, yet these four have stood the test of time, for me. They have been steady friends by my side, guiding and supporting my decision making and behavior choices for over twenty years. I wonder what yours are? Would you share?

Gilovich, T., Medvec, V., & Savitsky, K. (2000). The spotlight effect in social judgment: An egocentric bias in estimates of the salience of one’s own actions and appearance. Journal of Personality and Social Psychology

I’m in HR and I have this framed in my office: “Do the Right Thing.” I tell employees and managers that this means that I may have to push back on the employee and/or the manager depending on what the “Right Thing” demands. “Right” is defined by our Creed, our code of conduct, legal requirements, and just good old common sense.

Fiona,
You asked me which one of your mantras was my favorite. After mulling it over, I think the first, largely because of the example. We humans are so inclined to live up to expectations, be they good or be they not. I’ve also noticed that we often don’t give each other space to change. So with your 1-minute praise, you made an opening for your person to change and then you reinforced it. Of course, this relates to that ancient bit of advice for parents: “Catch them doing something right.” It also relates to a personal observation about feedback: it takes some real discipline to remember to tell people what’s right about their work.

Fiona, I really enjoyed reading this. Your wisdom shines through. My favourite mantra remains ‘This too will pass’. Often believed to be about accepting and ‘riding the choppy waves’ of life, I also think we should apply it to the positive events in our lives. Once we accept that these too will pass, we savour these moments, grateful that they occurred. Thanks. Lucy

Hi Fiona.
A friend recently reminded me of one of her favourite mantras “Giving an A”, from The Art of Possibility by Zander & Zander. It isn’t about rating for past performance, nor is it an expectation to live up to, but a possibility to live into. This speaks of our attitudes toward others, and our support for others. It’s about showing respect.
I enjoyed reading your article, thanks Fiona

Really lovely article. Mantra #1 is the focus of my upcoming book…. (and has been for several years, but you know – it really is coming “soon”!!)
Also love what Amanda wrote about Benjamin Zander – that has been one of my favourite books for years!
Looking forward to hearing more from you!
All the best,
Lisa

I want to hear more about this book!

Oh it’s coming…. 🙂 One of these days! I keep saying “next month, when it’s quieter….” I think I need ideas – how did you write yours Senia? Your life certainly didn’t slow down any!

Lisa, “back-burner.” It was the back-burner project for us for 4-5 years. I like to think of it as a delicious simmer or slow cooked dish.

Many revisions. Asking many people in our target audience. Also Margaret and I having an accountability partner in each other every Friday – to keep chapters moving forward.

Other aspects to add, Margaret?!

Oh, surprisingly at the time, getting chapters pre-published on PPND as excerpts was good motivation too – because here we also got feedback in the comments….

Love the “simmer” analogy – that works! We’ll see – some time opportunities may open up in the next few months and I might make this a deliberate project. Will keep you posted!

Thank you for the great blog post. It got me thinking about my mantras. Here are a few of my favorite.

• Give trust first (meet somebody before you lead somebody)
• We all make mistakes. They are essential for growth. It’s about how we learn and move forward with them.